If you're struggling to find Mavericks-compatible software...

It used to be that when an app dropped support for an old operating system, they'd say something about it on their website, and include a download link for the last compatible version. Some time in the past couple years, this practice appears to have fallen out of fashion. I sometimes can't even find compatibility information listed anymore—the website will just say "Works on macOS™️!" with no mention of which Mac OS.

I've run into this a lot over the past few months because I'm trying to downgrade my life to Mavericks. Modern macOS is no longer a platform I want to use, but I'd rather go back to an older version than outright switch to Windows or Linux. Mavericks is great.

I was originally going to write a very long post with all the great software and compatible versions I've found, and I may still do that at some point, but it's going to be REALLY long and I don't know when I'll get around to it. So in the meantime, if there's anyone else still on Mavericks and you need compatible software for a specific purpose, please post about it here. I'm sure they'll be lots of things I don't know about or can't find, but I can probably help some people!
Last edited: Jan 8, 2020
Reactions: otetzone and R2FX

I still use Mavericks among other options and love it, I also run Lion and have a boatload of apps that make me productive on both despite them being demoted as "old".
Unfortunately, official sites is dead-lock. Some sites offer older versions, most of them assume you're an idiot if you're running something older than 2 or 3 current macOSes (as a rule of thumb, most of devs support from Yosemite onwards, many require El Capitan and newer, or Sierra and newer), however I did find that significant faction of developers both on and outside MAS have Mavericks as the minimum and some apps in fact run on Mavericks way faster than on later macOSes and you still can buy them.
You also may use WaybackMachine to crawl through old snapshots of the sites in question. Thus I was able to download installers a couple of times. Other devs put links to all versions. Among those are Rogue Ameba (Audio Hijack), Chronos (iClipboard), ExpanDrive, Cyberduck, Transmit. With the exception of Transmit I was able to find and install successfully on both OSes. You may run into the issue that the form of the licence number you own doesn't conform to the one in an earlier version of the same app.
However if you in the desperate need of some abandoned piece of software the only option you have is tracker sites, but this is scant because most of the time seeding is no more as the majority of Mac users uses new versions. Even contacting the developer not always helpful, but you should try anyway and maybe you succeed getting them to sell licences.
To work with PDF I use FoxitReader and Adobe Acrobat DC, for OCR FineReader 12.1.11. Of course it's a needle in a haystack of all my 3rd party apps on Mavericks/Lion. As my main browser I use Firefox 71 which supports Mavericks and Safari 9 on compatible sites which are still many including iCloud.com.
Last edited: Feb 8, 2020
Comment
A

Good thread. Mavericks is great.
I am wondering if somebody is still using Skype and can post a 8.49.0.49.dmg SHA1 checksum? Just wanted to verify my dmg file download.
Comment

Wowfunhappy said:
I sometimes can't even find compatibility information listed anymore—the website will just say "Works on macOS[sup]™️[/sup]!" with no mention of which Mac OS.
Click to expand...

Drives you nuts, doesn't it? But it's not just Mac OS; a friend recently downloaded an app that was "for Windows" yet it gave an error to the effect of "this isn't a Windows application". My guess is that it required a 64-bit version of Windows, but they didn't bother to document that...
Comment

avz said:
Good thread. Mavericks is great.
I am wondering if somebody is still using Skype and can post a 8.49.0.49.dmg SHA1 checksum? Just wanted to verify my dmg file download.
Click to expand...

No need to download from a sketchy source—as of this writing, you can grab that version of Skype right from the official servers.

But if that link ever goes down:

It would be great to find out how to bypass discords auto update feature. I made backups of Steam, Discord, WhatsApp Desktop, Spotify so i can use it everytime i need to reinstall or install mavericks on a different machine. On Steam it's easy with the steam.cfg but idk with discord. I tried to block the dl.discord adress using ls but then it's just on a loop trying to connect to the servers... :/ This is what i absolutely hate about modern software using electron.. There's just no way to stay on a older software and keep using it forever. It works fine with Steam, Spotify etc.
Comment

sXpTv said:
It would be great to find out how to bypass discords auto update feature. I made backups of Steam, Discord, Spotify so i can use it everytime i need to reinstall or install mavericks on a different machine. On Steam it's easy with the steam.cfg but idk with discord. I tried to block the dl.discord adress using ls but then it's just on a loop trying to connect to the servers... :/
Click to expand...

Because I don't use Discord that heavily, I personally just use it inside of Firefox. This works super well, but if you're a heavy user, I imagine you want a separate dock icon and such.

Supposedly, Firefox is going to add the ability to export specific websites as "apps" you can launch from your Dock within the next six months or so—but it's not here yet, so that's not particularly helpful.

Some other things I might try, if you haven't already:

Hey thanks for the reply! By looking through the plugins for Adium, i found a tool that lets you create web wrappers based on Electron which works just like the regular Discord app. The best thing about it is, you can choose what version you want to use for it (for Mavericks it's 3.1.13, 4.12.12 kinda works but has font issues and crashes). the last version for mavericks was released in July 2019, so it's not that out of date. It also supports native notifcations and icon badges 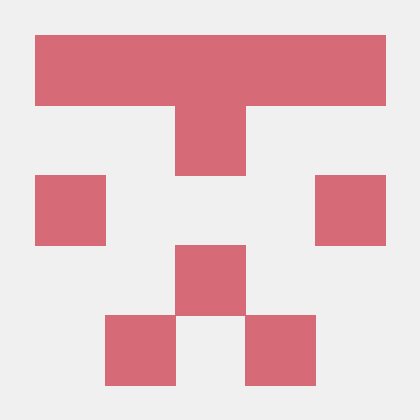 Make any web page a desktop application. Contribute to nativefier/nativefier development by creating an account on GitHub.

I ran into a situation yesterday where I absolutely needed a copy of Google Chrome that would work in Mavericks, in order to run a Slack video call for work. Slack video calls don't work in Firefox, they didn't seem to work in nativefier, and old, Mavericks-compatible versions of the Slack app refused to let me log in.

Do not use this for standard web browsing, it should be reserved for specific web apps that absolutely require Google Chrome (presumably because the apps are stupid and don't conform to web standards). For general browsing in Mavericks, use an up-to-date copy of Firefox. You can't have both an outdated OS and outdated browser, it's simply not safe. Your browser runs all sorts of Javascript code from who knows where.

As it so happens, there's a much easier way to get Slack video calls working in Mavericks. Use Firefox, but change Firefox's user agent to Chrome. Video calls will work. ?‍♂️
Last edited: Mar 13, 2020
Comment

Chromium 68 is the latest version that works on Mavericks. It's slightly newer than Chrome but still outdated. Last release is from April '18 https://github.com/macchrome/chromium/releases/tag/v68.0.3398.0-r550900-macOS
Comment