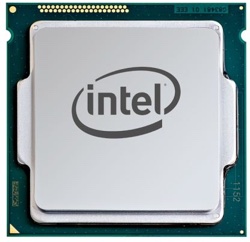 Intel this afternoon addressed reports of a serious design flaw and security vulnerability in its CPUs, shedding additional light on the issue that was uncovered yesterday and has since received extensive media coverage.

In a statement on its website, Intel says that it planned to disclose the vulnerability next week when additional software patches were available, but was forced to make a statement today due to "inaccurate media reports."

According to Intel, the issue is not limited to Intel chips and the exploits in question do not have the potential to corrupt, modify, or delete data. Despite Intel's statement, Intel chips are more heavily impacted, and it's worth noting that Intel makes no mention of reading kernel level data.

Intel and other technology companies have been made aware of new security research describing software analysis methods that, when used for malicious purposes, have the potential to improperly gather sensitive data from computing devices that are operating as designed. Intel believes these exploits do not have the potential to corrupt, modify or delete data.

Recent reports that these exploits are caused by a "bug" or a "flaw" and are unique to Intel products are incorrect. Based on the analysis to date, many types of computing devices -- with many different vendors' processors and operating systems -- are susceptible to these exploits.
Click to expand...

Intel says it is working with several other technology companies including AMD, ARM, and operating system vendors to "develop an industry-wide approach" to resolve the problem "promptly and constructively."

As outlined yesterday, the design flaw appears to allow normal user programs to see some of the contents of the protected kernel memory, potentially giving hackers and malicious programs access to sensitive information like passwords, login keys, and more. Fixing the issue involves isolating the kernel's memory from user processes using Kernel Page Table Isolation at the OS level.

Despite reports suggesting software fixes for the vulnerability could cause slowdowns of 5 to 30 percent on some machines, Intel claims performance impacts are workload-dependent and will not be noticeable to the average computer user.

Intel has begun providing software and firmware updates to mitigate these exploits. Contrary to some reports, any performance impacts are workload-dependent, and, for the average computer user, should not be significant and will be mitigated over time.
Click to expand...

Intel goes on to say that it believes its products are "the most secure in the world" and that the current fixes in the works provide the "best possible security" for its customers. Intel recommends that users install operating system updates as soon as they are available.

For Mac users, Apple has already addressed the design flaw in macOS 10.13.2, which was released to the public on December 6.

"Almost every system" since 1995 is impacted according to ZDNet, including computers and smartphones. Meltdown can read the entire physical memory of the target machine, while Spectre is able to break the isolation between different apps. Meltdown, an easy-to-use exploit, affects only Intel chips and can be addressed by a security patch, which could result in some performance issues. Spectre impacts all processors, including those from ARM and AMD, and while it is harder to exploit, there is no known fix. Fully addressing Spectre will require a re-architecture of how processors are designed.

It's not known if hackers have exploited Meltdown and Spectre as of yet, but there are proof-of-concept examples out in the wild. Google's Project Zero team had a hand in unearthing the vulnerabilities and Google has also shared details on the exploits. Full research papers on Meltdown and Spectre are available here.

Update 2: ARM and AMD have both issued statements following Intel's press release. AMD says there is a "near zero risk" to AMD processors at this time, while ARM says its processors are vulnerable.

To be clear, the security research team identified three variants targeting speculative execution. The threat and the response to the three variants differ by microprocessor company, and AMD is not susceptible to all three variants. Due to differences in AMD's architecture, we believe there is a near zero risk to AMD processors at this time. We expect the security research to be published later today and will provide further updates at that time.
Click to expand...

I can confirm that ARM have been working together with Intel and AMD to address a side-channel analysis method which exploits speculative execution techniques used in certain high-end processors, including some of our Cortex-A processors. This method requires malware running locally and could result in data being accessed from privileged memory. Please note our Cortex-M processors, which are pervasive in low-power, connected IoT devices, are not impacted.

We are in the process of informing our silicon partners and encouraging them to implement the software mitigations developed if their chips are impacted.
Click to expand...

I wonder how long Intel has known about this flaw.
Reactions: Entamoeba7, idunn, 69650 and 23 others

"the most secure in the world"
Click to expand...

Not.
There are far more secure systems out there, for instance intelligence or military.
Reactions: AxiomaticRubric, Avieshek, -BigMac- and 3 others
N

No... after this, I doubt Intel on security, and from what I gather, this stretches all the way back to the Pentium Pro.

Also, I don't care if it modifies, writes or deletes... the most improtant thing the bug allows reading
Reactions: Codeseven, arkitect, VulchR and 15 others

jav6454 said:
No... after this, I doubt Intel on security, and from what I gather, this stretches all the way back to the Pentium Pro.

Also, I don't care if it modifies, writes or deletes... the most improtant thing the bug allows reading
Click to expand...

Apparently the CEO sold a lot of his stock on Nov 29th and kept the bare minimum amount.

To those of you saying you see no difference post patch, it seems this performance hit only applies under conditions where user mode instructions need to run as kernel mode from what I have read & heard.
Reactions: oldoneeye and vmistery

I actually kind of doubt they knew about it. While AMD is not affected, it does look like ARM chips are affected. This flaw has potentially been around since Pentium Pro. If Intel knew about it, they'd have quietly fixed it rather than letting it go. I think this is just a really, really good find by the researchers.
Reactions: Naimfan, unclemax, polbit and 14 others
W

Wanted to quietly release software patch and not really disclose contents. Now trying to pull in other companies to fend off blame.
Reactions: Codeseven, AdonisSMU, marcelvelky and 8 others

It stretched back to pentium ii
Reactions: V.K., George Dawes and bwintx

In all seriousness, AMD processors are safe. If you are building your next PC take a long and very thourough look at Ryzen.
Reactions: MrAverigeUser, c0ppo, O.N.Y.X and 8 others
B

longofest said:
I actually kind of doubt they knew about it. While AMD is not affected, it does look like ARM chips are affected. This flaw has potentially been around since Pentium Pro. If Intel knew about it, they'd have quietly fixed it rather than letting it go. I think this is just a really, really good find by the researchers.
Click to expand...

Or .... NSA paid them to keep their mouth shut and look the other way until it comes out on its own and then just claim "oops, sorry"
Reactions: MrAverigeUser, idunn, Yvan256 and 10 others
V

So what was Apple's solution and what kind of performance hit do Macs experience? Under what kind of conditions?

Interestingly, it appears ARM may be affected but not AMD. Is a processor change upcoming in Macs?
Reactions: Yvan256, George Dawes, Delgibbons and 1 other person
V

Intels response so far is very defensive and not hugely convincing. Interesting to see how it plays out
Reactions: idunn, nzgeorge, geenosr and 3 others
T

Been watching the news, haven’t seen ‘extensive’ coverage on this at all. News to me.
Reactions: R3k

longofest said:
If Intel knew about it, they'd have quietly fixed it rather than letting it go. I think this is just a really, really good find by the researchers.
Click to expand...

The fix requires changes at the OS level. How could Intel quietly patch everyone's operating system?
Reactions: Morod and mw360

timeconsumer said:
Apparently the CEO sold a lot of his stock on Nov 29th and kept the bare minimum amount.

Sounds like this may lead to an SEC investigation for insider trading. Given that Apple's 10.13.2 update reportedly patches many of these flaws. It is reasonable to conclude Intel has had some knowledge of this issue for a while.

Edit: The timing of the sale is bad. It doesn't necessarily mean intent was involved.
Reactions: Sasparilla, vmistery, nzgeorge and 5 others

I doubt SPARC, Snapdragon, A[x] chips are affected. Sounds like AMD is affected since they just copy Intel.

It's funny they mention AMD as another partner in this whole ordeal as AMD publicly stated that due to their architecture they're not affected by this bug in any way at all.
Reactions: c0ppo, vmistery, George Dawes and 4 others
K

Shading AMD is just another Intel cheap shot. That company has problems.
Reactions: idunn, AdonisSMU, mtasquared and 18 others

BornAgainMac said:
I doubt SPARC, Snapdragon, A[x] chips are affected. Sounds like AMD is affected since they just copy Intel.
Click to expand...

There is ongoing efforts to port this solution to ARM. I'm not a kernel dev, so I don't know for sure if that's because ARM is affected, but don't rule it out.

AMD has publicly stated they are not affected.
Reactions: Darmok N Jalad, Val-kyrie, thejadedmonkey and 1 other person
W

Looks like that "robust SW and HW ecosystem" for their Xeons has a flaw, and no AMD disagrees, this does not effect them.
"AMD processors are not subject to the types of attacks that the kernel page table isolation feature protects against. The AMD microarchitecture does not allow memory references, including speculative references, that access higher privileged data when running in a lesser privileged mode when that access would result in a page fault." (https://wccftech.com/intel-kernel-memory-leak-bug-speculative-execution-performance-hit/)
Reactions: jamesrick80 and Hodar1

BornAgainMac said:
I doubt SPARC, Snapdragon, A[x] chips are affected. Sounds like AMD is affected since they just copy Intel.
Click to expand...

That statement WAS true back in the 32 bit days. AMD/Intel could share the same socket on motherboards, and often did. Then the 486DX fiasco came out, where Intel copyrighted the socket footprint, and the AMD/Intel "partnership" effectively shut things down. They still continued to use the same chipset for years afterwards, just different pin-out on the CPU.
Fast forward to 64 bit days, and the bus architecture Intel uses is in stark difference to the HyperTransport system that AMD, NVidia, Apple, Broadcom, SGI, Sun and others all belong to (www.hypertransport.com). Today, AMD's design efforts seek to "mimic" Intel in operations, but seek to utilize alternative design approaches internally. Therefore, having worked there years ago in an engineering role; I disagree with the AMD "just copy Intel" statement. They seek to be compatible with Intel operations, but with Ryzen the internals are functionally different. If this exploit still exists, for me, is still an unsettled case.
Reactions: MrAverigeUser, fatalogic, Yvan256 and 9 others
R