Interest in Switching to iPhone Drops Among Android Users Ahead of iPhone 13 Launch, Survey Shows

Android users are significantly less interested in the iPhone 13 models than they were this time last year in the iPhone 12 models, having been put off by the continued lack of a fingerprint scanner and concerns around child safety features, according to a new survey by SellCell. 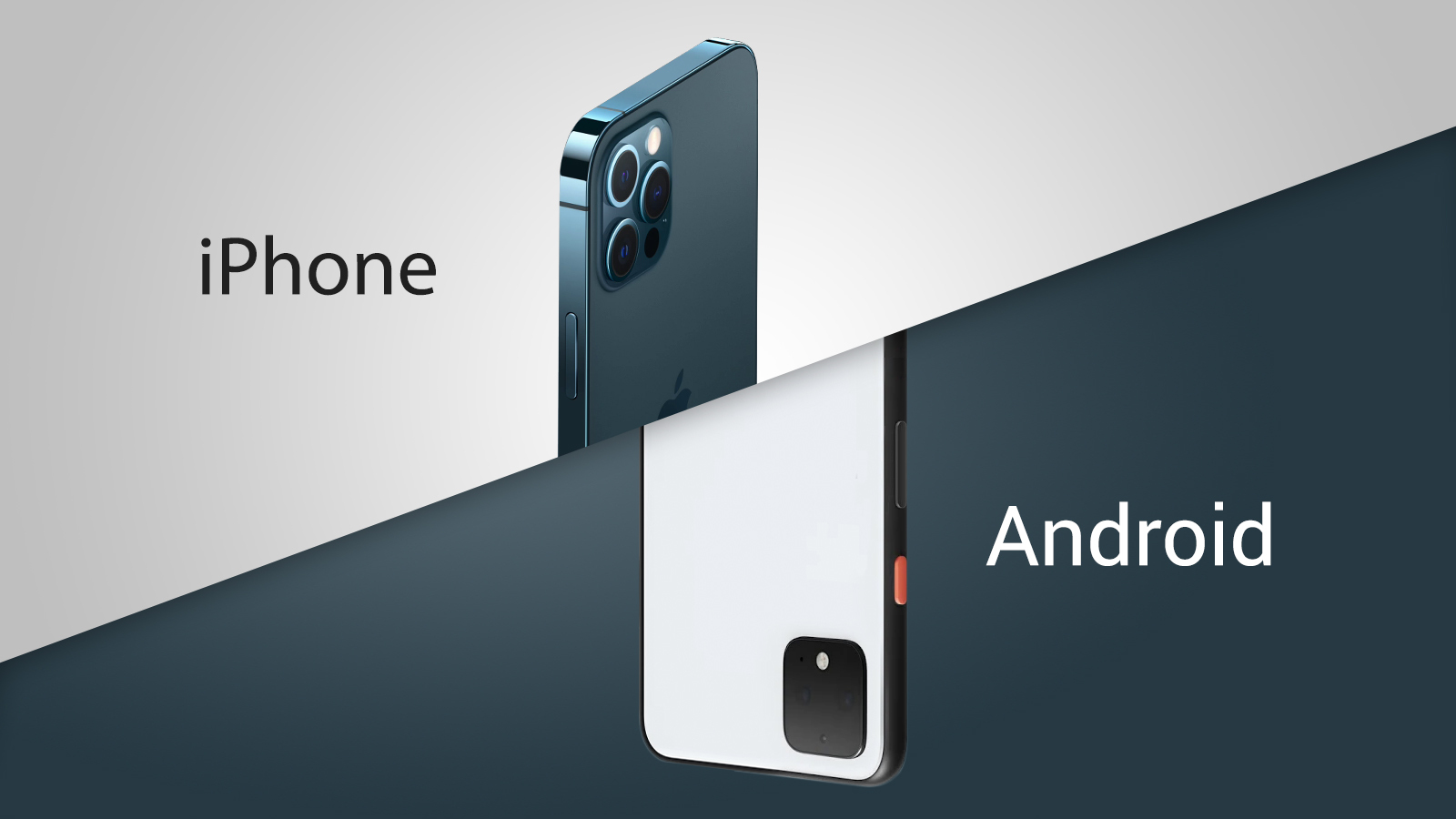 The survey, conducted earlier this month, asked more than 5,000 current Android users in the United States aged 18 or over for their opinions about Apple's upcoming products, revealing how the iPhone 13 and Apple's other expected products are viewed by customers of the rival platform ahead of their launch.

This matches broad trends around the iPhone lineup among existing iPhone users, where the 6.7-inch model is very popular while the 5.4-inch "mini" form factor has generally been marginalized and suffered from low sales.

31.9 percent of Android users said that the iPhone 13's lack of a fingerprint scanner for authentication was the main reason they will not consider switching. 16.7 percent said that they will not consider switching due to iOS's limited customization, 12.8 percent pointed to iOS's lack of support for sideloading apps, 12.1 percent cited general design and hardware, and 10.4 percent said that "intrusive" scanning for child sexual abuse material (CSAM) was the main reason for not switching.

The official unveiling of the iPhone 13, Apple Watch Series 7, and third-generation AirPods is believed to be just weeks away, and while major design changes are not expected for the iPhone this year, we can likely count on a number of camera improvements, ProRes video recording, a 120Hz ProMotion display, a smaller notch, a faster A-series processor, a new 5G chip from Qualcomm, and more.

Interest among iPhone users drops too thanks to csam.
Reactions: mrex, eltoslightfoot, Lucidmyth and 84 others

And we want Android users because…??
Reactions: CarpalMac, iterva, Kram Sacul and 56 others
S

I won’t be upgrading anything this year. Sticking to my 12 mini and iOS 14. iCloud photos have been deleted and every picture from the phone as well.
Reactions: eltoslightfoot, Galas, motulist and 32 others
B

What does this even mean? Are you viewing other human beings as lesser because they don’t have an iPhone? So strange.
Reactions: autrefois, eltoslightfoot, Lucidmyth and 91 others
M

I would imagine 10% being put off by CSAM is probably-under due to (unwarranted) stigma. I queued for the original iPhone way back on its first day of release, currently on a 12 Pro. I won't be upgrading anymore until Apple gives up its self appointed law enforcement agenda. I've never felt so betrayed by a brand, keep thinking I am going to wake up and this will all have been a dream.
Last edited: Sep 3, 2021
Reactions: ahmadr, eltoslightfoot, Lucidmyth and 62 others
S

Privacy was Apple's killer app, and they blew it.

You don't need to want anything. Apple wants them because $$$, just like every other business.
Reactions: eltoslightfoot, TheSapient, motulist and 16 others
B

$$$'s of course. Apple is in the business of making money.

And they also happen to be hemorrhaging users to Android..
Reactions: eltoslightfoot, Wollombi, TheSapient and 13 others

fenderbass146 said:
Interest among iPhone users drops too thanks to csam.
Click to expand...

One critical question though in this survey regarding CSAM (funny how iOS wants to autocorrect to scam), the Android users questioned should’ve been informed of Googles methods for csam then ask if it’s a factor when considering iPhone.

16% is huge especially for fingerprint. I think only 2 android phones ever did any real face scanning - and even so those users still used fingerprint scanning.
Reactions: Amon Ra, jgorman, Glideslope and 6 others

we don't but apple does, market share and all.
Reactions: thebeans, rjohnstone and I WAS the one

Apple market don’t fit that universe at all. I don’t want to read “not all Android users are the same blah blah blah” at least in my 14 years working with people using Android around me they all use their devices like that and none of them pays more than $150 for a phone either. So, if you think in a real panorama every Android user have a flip or high end phone in their pockets, thank God because you are living in a high end community and have money to spend other than pay your bills. Android users aren’t the Market. That’s the truth.
Reactions: Wollombi, CarpalMac, motulist and 26 others

''31.9 percent of Android users said that the ‌iPhone 13‌'s lack of a fingerprint scanner''
So Apple totally ignored potential deal-breaking feature just to keep costs down and shareholders happy...
Reactions: TheSapient, Yammabot, Audiophilip and 12 others
J

It would be interesting to see a reverse survey: how many iPhone users are considering a move to Android?
Reactions: Yammabot, Chapman8tor, Audiophilip and 38 others

bbplayer5 said:
What does this even mean? Are you viewing other human beings as lesser because they don’t have an iPhone? So strange.
Click to expand...

I guess to some the purity of the iPhone user base can’t be corrupted by admitting the non-faithful? ?
Reactions: chilly willy, TheSapient, The_RM and 6 others

thats unfortunate since apple could've easily put a scanner on the lock button like the ipad air. i'm fortunate not have to remove my mask to unlock since i have a apple watch, but to tell someone who doesn't have a watch that they have to get a expensive watch just to unlock is simply not plausible.
Reactions: kazmac, motulist, Yammabot and 7 others

If there was a Touch ID option with good enough battery life (e.g. an 8 plus given the SE treatment, or an 11 with the iPad Air’s power button Touch ID) I would personally 100% go with that over a Face ID phone. Just a personal preference.
Reactions: kazmac, motulist, Yammabot and 5 others

Sarkany said:
I won’t be upgrading anything this year. Sticking to my 12 mini and iOS 14. iCloud photos have been deleted and every picture from the phone as well.
Click to expand...

That'll show 'em! You should probably disable cellular and wifi, too. Stick it to the man!
Reactions: Audiophilip, u+ive, ddtmm and 11 others

We will see the sales numbers at the end of year. But since android 11 its not the badest choice to choose android.
Lack of fingerprint sensor really matters. Android brands have sometimes a supercycle of giving all 6 months the newest technologie to his customers. People must wait 2 years for a new iphone se3 which is sad.
Reactions: The_RM and Euronimus Sanchez

My Galaxy S21 has in screen fingerprint, its alright. I have to put my finger on it a few different ways at times and others its pretty good the first time. Its not ever been as good as a dedicated Touch ID button but what do you expect through glass. I would take the option on iPhone but as it has been for me on my other device its just OK. Face ID with watch unlock has been pretty cool. If anything, I would like a Touch ID added to the iPad Pro. I have it laying flat often for notes and have to lean over or type in my passcode, fingerprint would help with that.

I get the other part as well with privacy. It was going to happen. Some companies do it and dont say anything. Apple said something so you were aware but did a poor job providing the details needed to avoid questions like, "so you are looking at my iMessage data now". Well no, they aren't but that was not clear at first. Many people are asking for help watching their kids online. I used all the tricks I could with mine as they grew up but they still make it through my firewall. I'm not saying I want to have my data scanned, just saying there are many many ways kids can get into something they should not and a tool here and there could help. Applying it generally to everyone is the downfall of the feature. I dont ever want to see any of the photos they are scanning for but I would like to make choices on my own to avoid them.

I'm not sure about an upgrade this year either. The 12 has been so solid for me that I cannot think of a single thing at the moment I really wish was better. Maybe better magnets for 3rd party case use like a carbon fiber one I have but other than that it still feels like I just got it. Normally I upgrade each year.
Reactions: LalaN, kiensoy, thebeans and 5 others

What I don't get is why Apple just doesn't use the power button for fingerprint access? Using it for a year now on my Fold 2 and I feel it's better than something on the front of the phone most of the time. At least it lets me access fingerprint access one handed.
Reactions: kazmac, eltoslightfoot, TheSapient and 12 others
M

I'm curious to know how Android phone users are avoiding CSAM? If they're using Google Photos, for example, then those photos are already being routinely scanned against the CSAM databases. (source: https://9to5mac.com/2021/08/13/csam-scanning-controversy-was-predictable/)
Reactions: kazmac, mashdots, thebeans and 4 others

It's no surprise that Apple's hubris is causing a slow decay in it's ability to entice existing users away from competing platforms. Enough of Apple's current user base has expressed discontent with CSAM at this point that Apple should have dropped it all ready. But, in the arrogance that comes with being the reigning big boy on the block, they continued to push forward, despite the objections.

Screen based touch ID should have been a focus feature going into the pandemic, which has, at this point bridged almost 3 product cycles.

It's never the catastrophic changes that take down giants of industry, but small incremental chips in the paint that rust the proverbial ship from within. By the time anyone notices, it's too late.

Apple is not to big to fail, as we all know, no company is.

Because they buy things and make Apple money. Without users, Apple is nothing but a type of fruit.

Plenty of people here have switched from Android to Apple (including myself, when the iPhone became available on multiple carriers). No users, no customers, no money.

Apple needs to get back to the basics of customer driven service. the CSAM debacle is just one example of how they've lost sight of that vision. Butterfly keyboards, display issues, and their customer service attitude about these products and their problems. It points to a cultural issue at the management level that would lead one to believe that the customer is NOT the primary focus at Apple anymore.

And Tim is not the person to lead Apple back to that place. He's too busy being a CEO superstar than worrying about the minutia of actually running a corporation.
Reactions: motulist, Audiophilip, Camillus72 and 22 others
You must log in or register to reply here.
Share:
Facebook Twitter Reddit Email Share Link
Register on MacRumors! This sidebar will go away, and you'll see fewer ads.
Sign Up
Top Bottom