A serious bug in the iOS 15 Messages app can cause some saved photos to be deleted, according to multiple complaints we've heard from MacRumors readers and Twitter users. 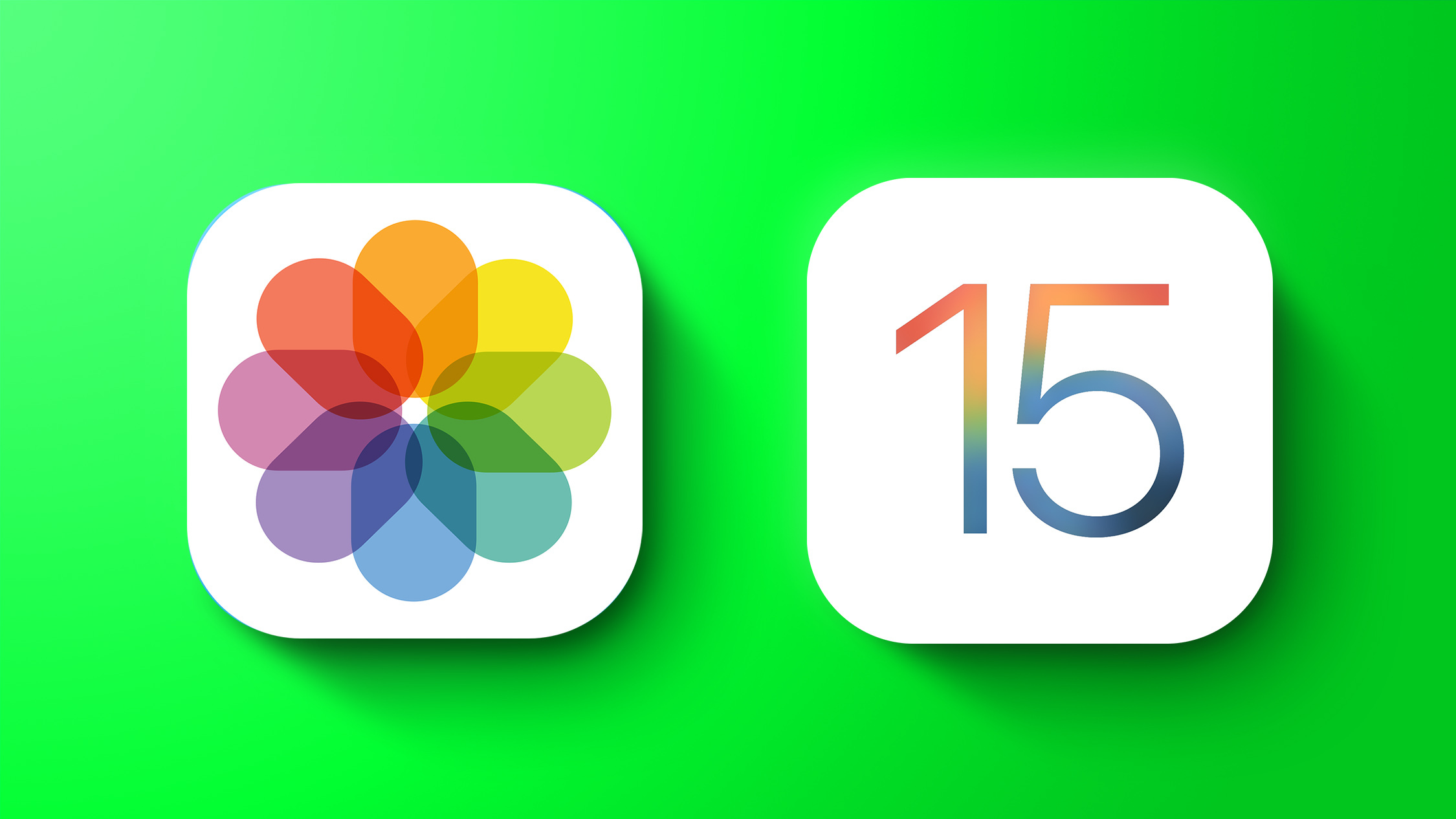 If you save a photo from a Messages thread and then go on to delete that thread, the next time an iCloud Backup is performed, the photo will disappear.

Even though the image is saved to your personal iCloud Photo Library, it appears to still be linked to the Messages app in iOS 15, and saving it does not persist through the deletion of the thread and an iCloud backup.

To replicate this bug, the following steps must be taken:
This is a concern because most users keep the iCloud Backup feature enabled and it's something that happens automatically. If you're someone who regularly deletes message threads, if there's a photo that you want to keep, you won't be able to keep it with iCloud Backup turned on. We tested this bug on an iPhone running iOS 15.1 beta 2 and had our photo deleted after deleting the Messages thread and performing an iCloud Backup, so the issue has not been addressed in the current beta as of yet.


https://twitter.com/i/web/status/1443196471160066050
Until this bug is fixed, if you've downloaded photos from the Messages app, you'll want to make sure to keep those Messages conversations and not delete them to prevent them from being automatically removed from your devices.

Reactions: katbel, Wildkraut, dysamoria and 2 others

Oh for ****'s sake. This has to be Apple's most botched iOS release ever.
Last edited by a moderator: Sep 30, 2021
Reactions: flavell, trsblader, Victor Mortimer and 88 others

Did they hire a bunch of Android devs
Reactions: CosmicRadiation, Victor Mortimer, Jd3774life and 63 others

iOS 15 needs polishing up asap in my opinion. It's not unexpected for the initial release to have bugs of course, but iOS 15 is particularly buggy and unpolished in my experience of it so far.

It's issues such as this, which could very easily happen to anyone and are easily reproduced, that make you wonder if the software devs actually use their own software on their personal devices.

This cross with the bodged implementation of Widgets on iPad OS, and Safari 15's questionable design choices make me inclined to steer clear of Monterey when it releases.
Last edited: Sep 29, 2021
Reactions: Victor Mortimer, dk001, willchris and 27 others
N

No means no, but saved doesn't mean saved. Their...stuff...just gets more convoluted every day.
Reactions: dk001, GrumpyMom, dimittar and 10 others
G

Is this the real reason Apple made it so easy to stay on 14 this year? They knew 15 was likely to be a disaster?
Reactions: Victor Mortimer, agoodpub, Ruftzooi and 37 others
A

Getting very 90s Apple vibes with everything going wrong this year.
They need a quality assurance team again instead of relying on public testers.
Reactions: Tim Apple’s Glasses, dk001, dysamoria and 20 others

And this is why I’m looking hard for better photo storage solutions. I appreciate the serious integration apple has with their ecosystem but I do not trust it to save my photos, and then it’s painful for sharing with family members. I have only 6000 photos, and I know I’m not even close to a power user! Just a new dad with lots of family pics that are very important to me.
Reactions: jamojamo, dk001, NMBob and 15 others
1

Yikes! This is not good.
Reactions: willchris, dysamoria, GrumpyMom and 9 others

So much hype for the latest release, and it's loaded with bugs. They should release it when it's really ready, not every year on the clock.
Reactions: CosmicRadiation, Victor Mortimer, dk001 and 17 others

We all love Craig Federighi but apart from his charisma, does he actually foster a culture where details matter? Apparently not. Apple’s software quality has never been great but it’s getting to the point of being ridiculous.
Reactions: Victor Mortimer, Tim Apple’s Glasses, k2k koos and 25 others

Yeah. My 40gb worth of iMessage videos and images got deleted out of nowhere. I called up  support and they had no idea what happened and could not retrieve the data.

The worlds most advanced operating system.
Reactions: katbel, dk001, willchris and 21 others

Amazing Iceman said:
So much hype for the latest release, and it's loaded with bugs. They should release it when it's really ready, not every year on the clock.
Click to expand...

I'd happily await ready vs. anniversary. Every time.
Reactions: Victor Mortimer, katbel, dk001 and 10 others

I wonder if this is connected to the "Shared With You" feature.

I turned that off as soon as I could, but Photos saved from Messages still say who they are from and "Shared with you" when you swipe up to show details.

Now I have to find the dozen or so photos I've saved since upgrading and make sure I have a separate copy of them until this is fixed. This is ridiculous.
Reactions: dk001, amartinez1660, tshane and 3 others
B

Yep. Can confirm. Posted about in forums a few times and filed at least 2 bug reports. Sigh. Bye bye birthday and baby pics.
Reactions: Victor Mortimer, dk001, willchris and 10 others

Wow all these issues are after iOS 15 beta 7 . They would be better off going back to that build it was fairly stable.. everyday its something new on this build and its not fixed in 15.1 beta 2
Reactions: Victor Mortimer, Shirasaki, SqlInjection and 3 others

xxray said:
Oh for f***'s sake. This has to be Apple's most botched iOS release ever.
Click to expand...

lazyrighteye said:
I have been dealing with a weird upgrade from my 12 Pro 256 to my 13 Pro 256 (iUP).
I did the device-to-device transfer, my 13 has ~229/256 GB remaining. On the 12, I had about ~185/256. So that 50 GB delta ha due curious. In digging, it appeared the Messages data on my 12 was ~15GB. On the 13, it was ~44 GB. WTF?
Several calls with Apple support yielded my next step: Reset and restore from my last 12 backup (something I look to get to tomorrow. ANYWAY...
Yesterday, I was saving some images from Messages on my 13, and they were no showing up in my Photos. So I ended up sending them to myself via email. Which is to say, I am seeing some issue with Messages and images, for sure.

Edit #2: this camera but is HUGE! The lenses protrude shockingly far. My Apple silicon case helps, a lot. But naked... Insane.
Click to expand...

Whoa. I just noticed that now that you pointed it out. I literally was using less than half of my 256gb on my 12 pro max, to the point where I almost downgraded but then decided to keep it at 256gb. According to my iPhone right now, I only have 25gb of free space. What??? How is that even remotely possible. Something is screwy somewhere.
Reactions: dk001, TMax, GrumpyMom and 1 other person
G

What in the world are y’all talking about? Apple just introduced the “most pro iPhones we’ve ever produced,” and iOS 15 allows you, “to do more with iPhone than ever before.” It is simply not possible for iOS 15 to cause things that used to work to not work because Apple says iOS 15 is the most powerful, most advanced iOS they have ever released.
Reactions: CosmicRadiation, Victor Mortimer, willchris and 11 others

Bobout said:
Wow all these issues are after iOS 15 beta 7 . They would be better off going back to that build it was fairly stable.. everyday its something new on this build and its not fixed in 15.1 beta 2
Click to expand...

If only it was that easy to go back to 14.8 lol, apple has really crapped the bed since beta 8.
Reactions: Victor Mortimer, dk001, SqlInjection and 3 others
W

iOS 15 is such a disappointment when it comes to bugs and many minor issues which are turning out to be continuous annoyances ??‍♂️
Reactions: Victor Mortimer, Tim Apple’s Glasses, Yammabot and 4 others

goonie4life9 said:
What in the world are y’all talking about? Apple just introduced the “most pro iPhones we’ve ever produced,” and iOS 15 allows you, “to do more with iPhone than ever before.” It is simply not possible for iOS 15 to cause things that used to work to not work because Apple says iOS 15 is the most powerful, most advanced iOS they have ever released.
Click to expand...