iOS 15 is now approaching 60% adoption across all iOS devices, precisely 80 days after it launched to the public following its official reveal in June of 2021, according to third-party website Mixpanel. 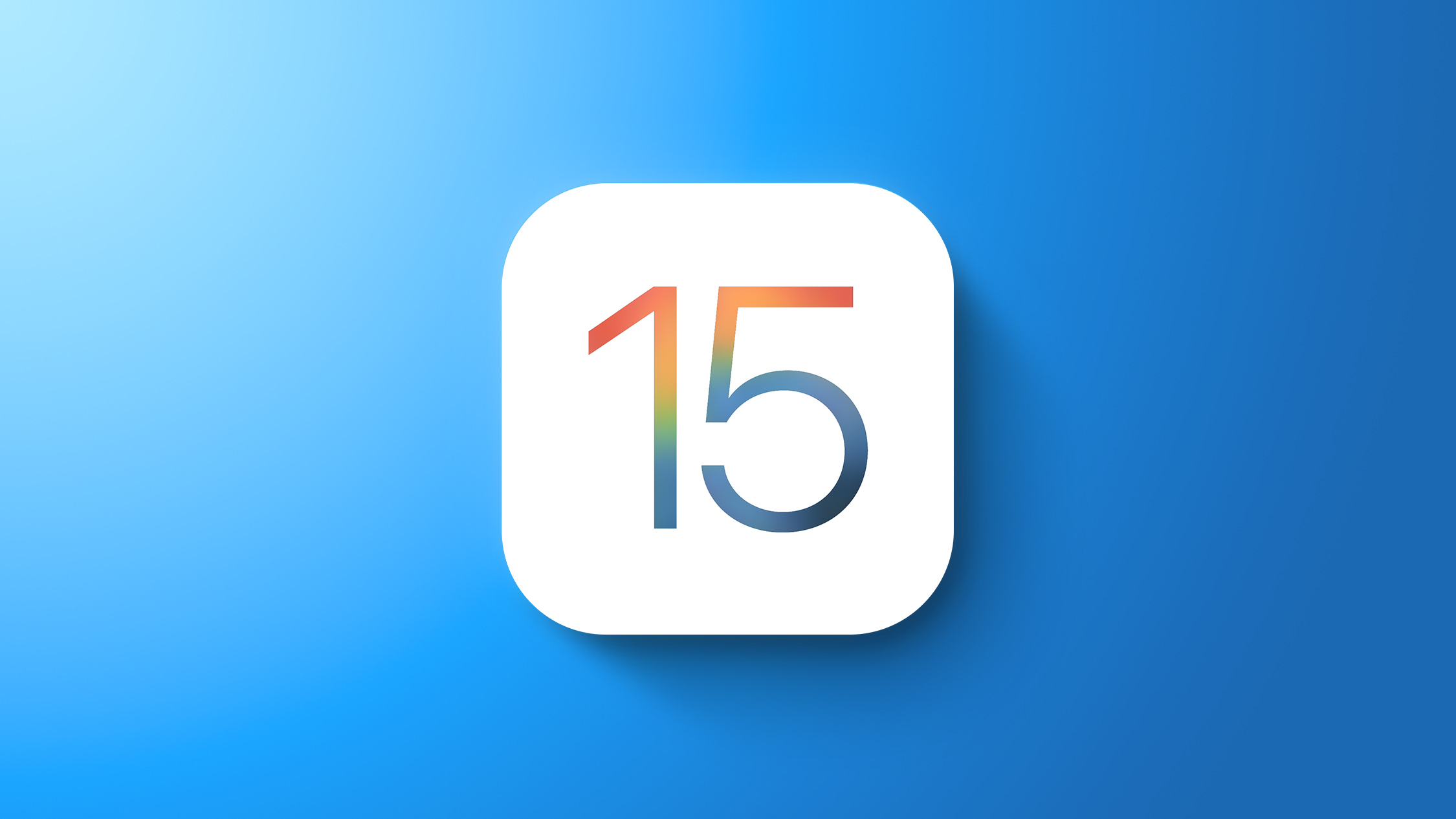 As of Thursday, third-party data analytics company Mixpanel said that around 58% of all iOS devices are running iOS 15, compared to approximately 36% of devices running iOS 14. Mixpanel had previously indicated that iOS 15's adoption was slower than iOS 14's release in the fall of last year.

Apple does release iOS adoption numbers but has yet done so for iOS 15. Apple's last publicly reported data shows 85% of all devices running iOS 14 as of June 3, 2021. All devices that were compatible with iOS 14 remain compatible with updating to iOS 15. However, customers on iOS 14 still can continue to receive critical security updates without updating to the latest major iOS version.

Compared to iOS 14, iOS 15 remains a relatively modest update, focusing on providing users more controls over their notifications and updates to stock iOS apps, such as Safari. iOS 15's rollout has not been perfect, and users have reported several bugs that have mostly been patched in subsequent iOS updates. As a refresher, check out our comprehensive iOS guide to relearn everything that was new in iOS 15.

MacRumors said:
iOS 15's rollout has not been perfect
Click to expand...

That's an understatement
Reactions: elementalwingma, Rob1547, chemenski and 17 others
L

Like I said a couple months ago when iOS 15.0 first came out, Apple would start pushing it to more customers once all of the features became available.
When 15.0 launched, you pretty much had to go looking for the update, it wouldn’t just start alerting you that it was available.
Now that 15.1 launched with SharePlay, the biggest reason for most people to upgrade and the easiest feature to advertise, they started pushing it to more phones.
Now that 15.2 is about to launch any day now, even more phones will be alerted that the update is available.
Reactions: amartinez1660

iPad OS 15 brings very little in the way of new features, but the amount of bugs it’s fetched in it’s stead are worrisome.

I’d actually be quite glad if iOS 15 adoption rate was slower, because it’s a clear sign that users are aware of Apples lack of care when it comes to polishing up these latest releases.
Reactions: Rob1547, amartinez1660, Rokkus76 and 15 others 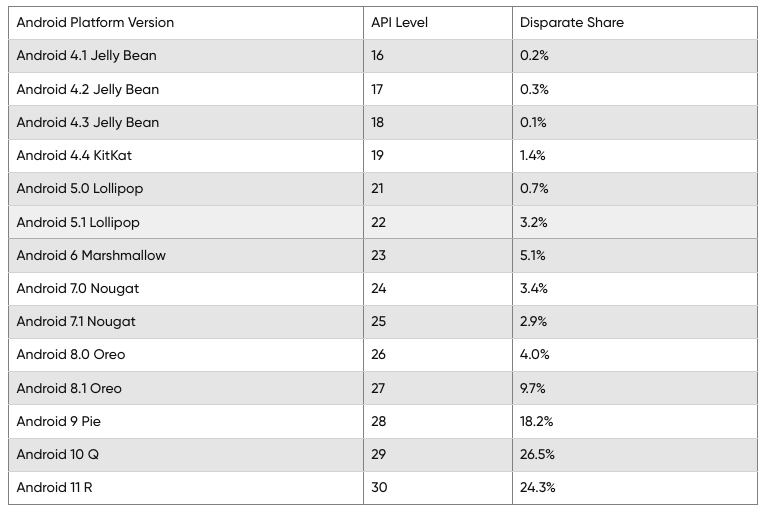 I have iOS 15 on my iPhone and iPad because they came with it installed. If I had a choice I'd have them on 14.8, which is where I'm keeping my wife's devices for as long as I can. Here's hoping most of the bugs in 15 will be fixed in 15.2. But I'm not holding my breath.
Reactions: amartinez1660, Yammabot, Gator5000e and 1 other person

14.8.1 here. Let's see how the next update does.
Reactions: TheYayAreaLiving 🎗, amartinez1660, Yammabot and 8 others

iOS 15 use is at 60%, yet iOS 14, along with Big Sur are still headlined on the MacRumors Recent Comments sidebar instead of iOS 15 and Monterey.
Reactions: 1284814, Freeangel1, DeepIn2U and 1 other person

I really like the the updates that IOS 15 and ipad OS 15 brought to the table. Wonder how the official adoption numbers from Apple will compare to these guessed at adoption numbers.
Reactions: SFjohn and DeepIn2U

iOS 15.x is okay, but not great by any means. I'm running it on my iPhone XR. iPadOS 15.x blows chunks. I hate that piece of garbage and I’ll resist installing it on my iPad Air 2020 as long as I can. I'm pretty sure even CrApple knows they screwed the pooch on iPadOS 15. They are now trying to strong arm us into installing it. Well they can take their red dot on the Settings icon and put it where the sun never shines as far as I’m concerned. I'll stick with the less buggy and better UI of iPadOS 14.
Reactions: mgarc1125, scotty321, Yammabot and 5 others
L

I’m in no rush. Will stick with iOS 14 until close to WWDC 2022. Thats always been my strategy.
Reactions: Yammabot, TVreporter and Mick-Mac

I've now started waiting till X.1 updates to upgrade*. Seems like the happy middle between new features and avoiding the vast majority of bugs.

*Unless I accidentally update without realizing the X.1 release isn't out yet, looking at you Monterey ?
S

That's higher than I thought it would be.
Reactions: Yammabot, JosephAW, duffman9000 and 2 others

Same here - will probably wait till 15.6 or something before moving up.
Reactions: Yammabot
C

iOS 15 has been great for me. No issues.

Time for Apple to drop the one point version updates and move permanently to rolling updates. This would help prevent features from being endlessly delayed and the buggy nonsense we see now.
Reactions: amartinez1660, Total Respray, BiscoDino and 1 other person
N

Sorry but there’s nothing in iOS 15 that justifies the train wreck
Reactions: Yammabot

that's quite bad for iOS no? didn't it used to be like over 80 % after a few months

Still better than iOS 11 and iOS 13, buggiest releases I can remember.

I agree, when Apple released iPadOS I was expecting it to be a real game-changer, an excellent productivity device that is both portable and suitable for work. Instead, we are still stuck in a blown-up version of iOS filled with apps purposefully handicapped by Apple to force users to own a Mac.
J

iOS should move from a big update once every year to once every 2 years (or every 1.5 years), and focus on stability and reliability.

They should also drop the idea of letting users remain on every main number version of iOS: this risks creating a fragmented environment, and especially to force developers to support older versions of iOS, which big developers (like Apple, Google, Facebook, etc...) can afford to, but little- and medium-budget developers can't.
Reactions: Biro
D