The new battery percentage icon that Apple introduced in the fifth developer beta of iOS 16 is still not available on the standard iPhone 11, iPhone XR, iPhone 12 mini, and iPhone 13 mini in the sixth beta of iOS 16 seeded to developers today.

Since the release of the iPhone X in 2017, and on every iPhone with a notch since, battery percentage has only been visible in Control Center by swiping down on the top-right corner of the display. Apple made headlines last week when it finally made battery percentage visible in the status bar again on iPhones with a notch, eliminating the need to swipe down, but the feature is not supported on all iPhones in the latest iOS 16 betas.

The new icon includes the battery percentage within the icon rather than to the left of it. The white battery icon remains completely filled in until the battery reaches 20% or lower, at which point a fifth of the icon turns red and the rest of the icon becomes translucent. The icon's current implementation has proven to be controversial, but it's important to remember that iOS 16 is still in beta and subject to additional changes.

It's unclear why the new battery percentage icon is not available on some iPhone models with a notch, but the excluded models are either "mini" iPhones or have an LCD display instead of an OLED display. As mentioned, iOS 16 is still in beta testing, so it's possible that Apple could expand the feature in a future beta release.

Apple is expected to release iOS 16 to all users with an iPhone 8 or newer in September.

I just can't get enough on this battery percentage play by play in iOS 16. Keep em coming.
Reactions: strongy, adrianlondon, iDarth_Betar and 20 others

Stay calm. It’s still a beta.
Can’t see any reason with this shouldn’t at least be on the oled minis as well.
J

I think it's bigger news that the battery percentage is still as hideously ugly as it was in DB5.
Reactions: macguru212 and compwiz1202

What a fuss about such a detail, we would like to have as an option. Just do it Apple, add a toggle in settings and move on. Nothing to see here…
Reactions: Shirasaki, michaelnugent, Howyalikdemapls and 5 others
P 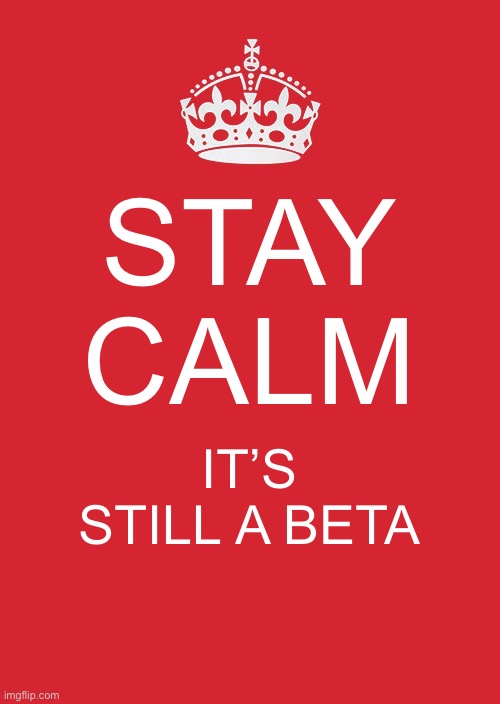 Percentage is an large OLED feature
Reactions: Shirasaki and Brad7

The only thing I can think of is probably because of the extended notch. Also, It's still in the Beta phases. I hope to God Apple does not remove it away for good.

I have a feeling, that this is going to be one of the show-stopper features Apple will mention during the keynote, Why you should upgrade to an iPhone 14.

Or... Apple does not have the "COURAGE" to introduce to the older generation iPhones.
Reactions: iDarth_Betar, svish, _Spinn_ and 1 other person
T

You need an M2/A17 or equivalent to have the percentage displayed as smooth and crisp like Apple designed it as intended. Do not ask why.
Reactions: WLSON, Ilusionz, BadMacRumours and 12 others

I bet for the mini it will be an App Store paid upgrade for the battery percentage
Reactions: BadMacRumours and brilliantthings
S

That's it. I'm moving to Android!
Reactions: whcchief, idmean, Shirasaki and 5 others

Maybe it's an "Always on Display" feature?
Reactions: svish and compwiz1202
M

33man said:
I bet for the mini it will be an App Store paid upgrade for the battery percentage
Click to expand...

how can it be a paid for upgrade? no App (be it apple or third party) can alter basic OS gui
Reactions: zecanard

Will Apple be able to sell ad space in the new battery icon?
Reactions: femike, whcchief, arkitect and 3 others

Maybe since the xr and 11 are only 828p, the pixel density would make the tiny percentage numbers looks bad.
Reactions: surfzen21, Skyuser, aParkerMusic and 1 other person
S

No reason it can’t be an option on all these phones. I have a 13 mini and it would be very easy to see still.
Reactions: LV426, Avenged110 and Porco
P

axantas said:
What a fuss about such a detail, we would like to have as an option. Just do it Apple, add a toggle in settings and move on. Nothing to see here…
Click to expand...

That's how it is, you have to toggle it on
B

"Sorry, I'm not authorized to say the battery percentage on your iPhone 11"
Reactions: surfzen21, adrianlondon, whcchief and 9 others
N

Apple could release a iOS upgrade that enabled scaled 3D printing of statues, and Marco Polo mode to find your kids in Target, just from their breathing patterns, and we'd still be asking...

But what about the battery % indicator?
Reactions: aParkerMusic

Hey, does anyone know if Apple is adding a % on the battery anytime soon? I didn’t see any articles about it but heard it’s a thing now.
Reactions: iSuzan and aParkerMusic

I guess you need a very powerful chip for that and Apple is just looking out for our user experience. As many MacRumors users here would say, since we are not Apple engineers who know much better than we do, it is not up to us to criticize but just accept what Apple decides for us like good little dogs.
I

It's called AB testing, and why is there so much focus on such an insignificant detail?
Reactions: BadMacRumours, arkitect, Shirasaki and 1 other person

Here’s my take on what it should look like. 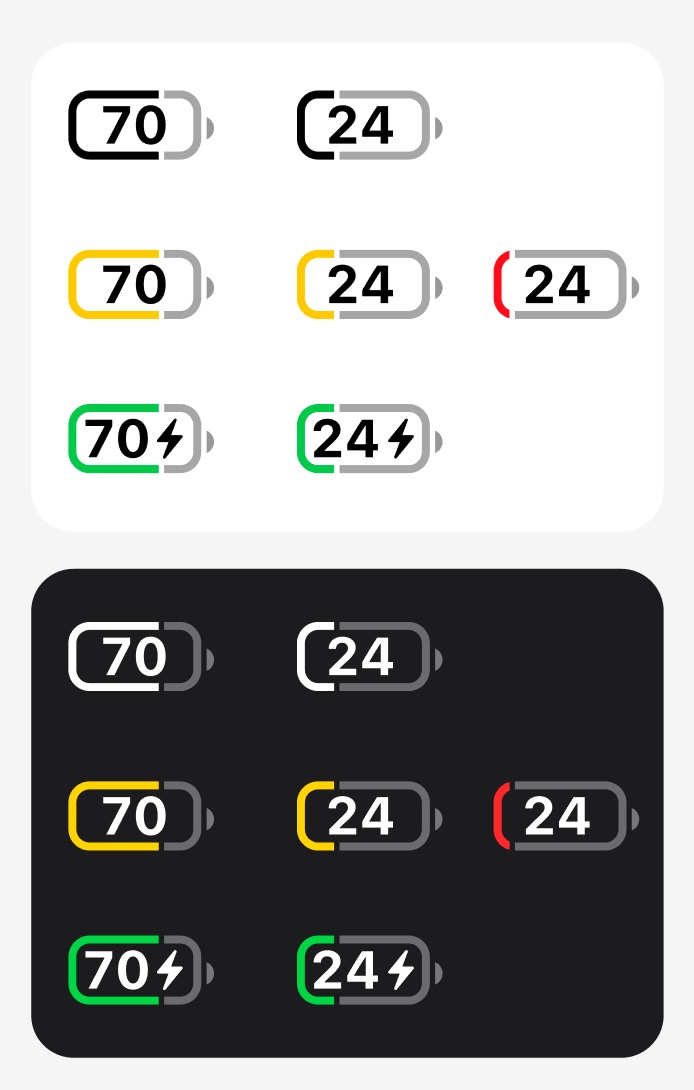