- Tweaked interface when clicking a key in Calculator.app

- Various font changes all over.

- Perhaps an even more improved voice in Siri

- Some transparencies removed from iPhone 4S (particularly in Siri)

- Dictionary feature is now active:
Status bar for installing an app has been removed and changed to a clock-like animation on the icon.
keyboard improved on safari no ".com" tab
Verizon has a new carrier update - 14.5.3
Wallpaper preview fixed
"Parallax" setting renamed again to Reduce Motion
Folder icons are more transparent
Shadows underneath app names in the Dock
As you swipe down on the home screen, the Search iPhone label is centered, and moves to its original position when you are done swiping. (It appears most search fields behave this way now.)
Text appears larger in Notification Center
I think the separator line above the dismiss arrow in Notification Center is new.
I think a lot of labels are now Helvetica Neue Light, instead of Helvetica Neue UltraLight.
I think the Playlist icon in the Music app has been changed..?
Notification timestamps look different. They match the color of your wallpaper. (It's hard to describe.)
Shadows underneath app names in multitasking
Animations are a bit faster
Modal view controllers have a slightly different animation. They slide up faster.
Now, if you're browsing in private mode in Safari, the Private button is no longer green. Instead, there is a rounded rectangle underneath.
Dictionary now works.
Calculator now has a dark gray background, and the AC, +/-, % buttons are now darker than the others.
Newsstand is much LESS transparent.
Dates and times in message contents are now light blue instead of underlined
I think the "Save Image" button on the share sheet in Safari when looking at an image is new.
Last edited: Jul 8, 2013
B

No it actually is out.


Thanks to Twitter I was reminded. If not I would have forgotten. Which is bad since I run a thread of all the little things xD
Comment
B

funny story, I was gonna laugh when people were disappointed if it didn't come out today, then I check at like 1:00:15 and it took longer than usual and I saw beta 3 and I was like... damn
Comment
F 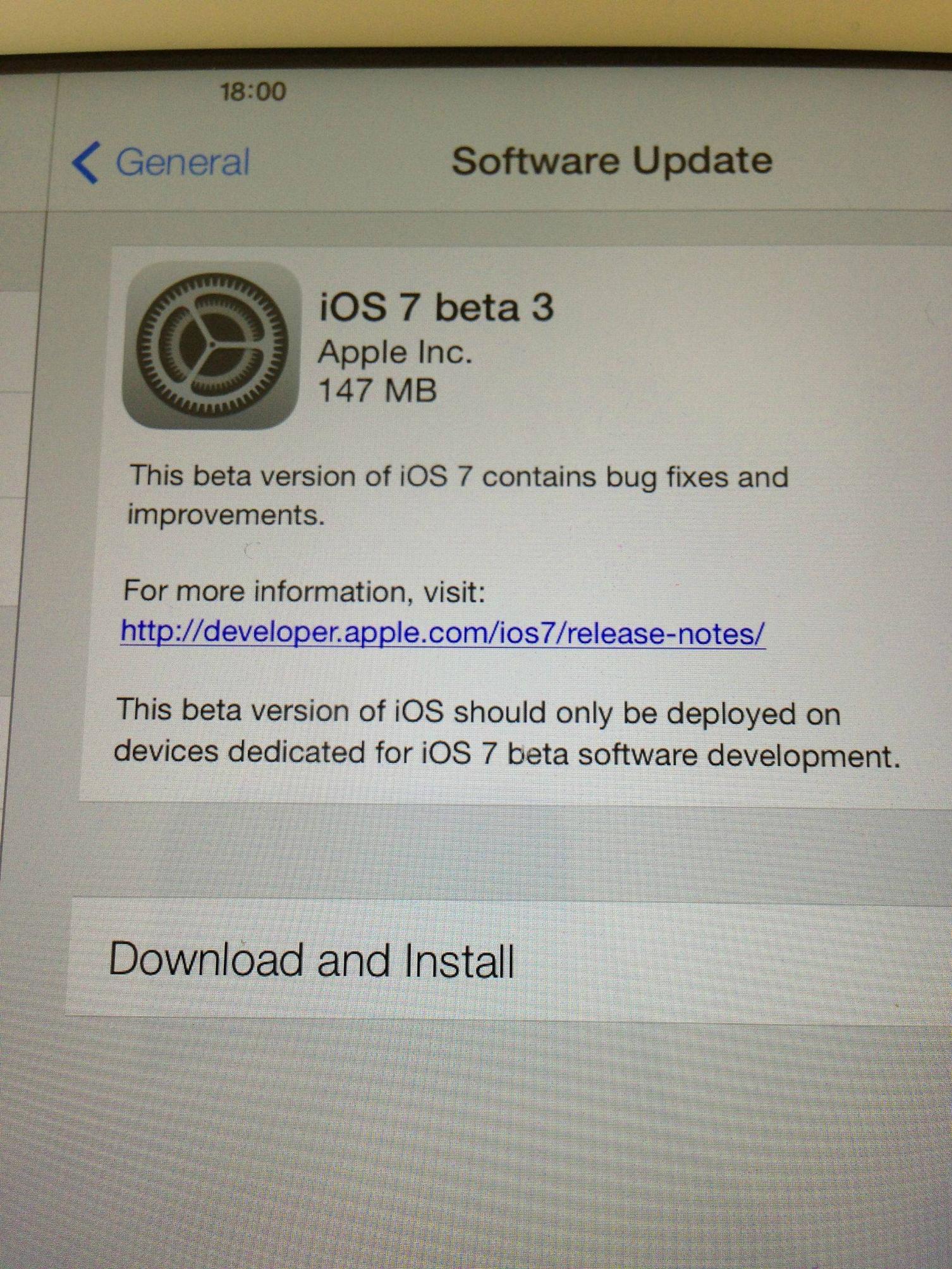 frayne182 said:
Sucks you gotta be on Wifi.
Click to expand...

My modem stopped working before beta 2 came out. Had to set up a hotspot on another device, lol
Comment

frayne182 said:
Sucks you gotta be on Wifi.
Click to expand...

No OTA on my end.

Hopefully this beta is more stable. Beta 2 was terrible for me.
Comment

Apple... said:
Hopefully this beta is more stable. Beta 2 was terrible for me.
Click to expand...

Apple... said:
Hopefully this beta is more stable. Beta 2 was terrible for me.
Click to expand...

This is what I am hoping for, Beta 2 was worth than 1 with regards to stability.
Comment

The server is probably overloaded. Give it a while.
Comment

What does the new agreement say? Didn't read it before I clicked "agree"
Comment
D


Apple... said:
Hopefully this beta is more stable. Beta 2 was terrible for me.
Click to expand...