First of all here is the iFixit's Teardown. 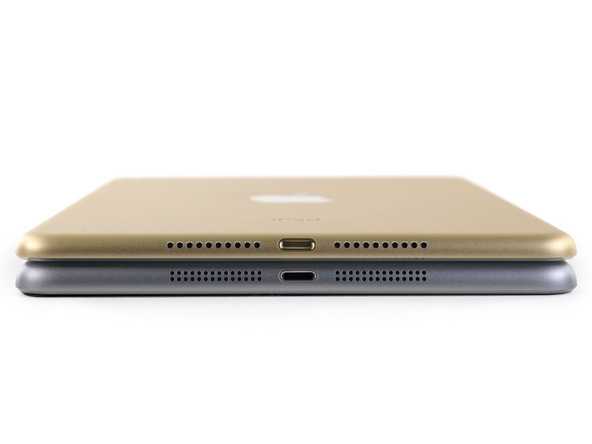 iPad Mini 4 makes the most of iOS 9 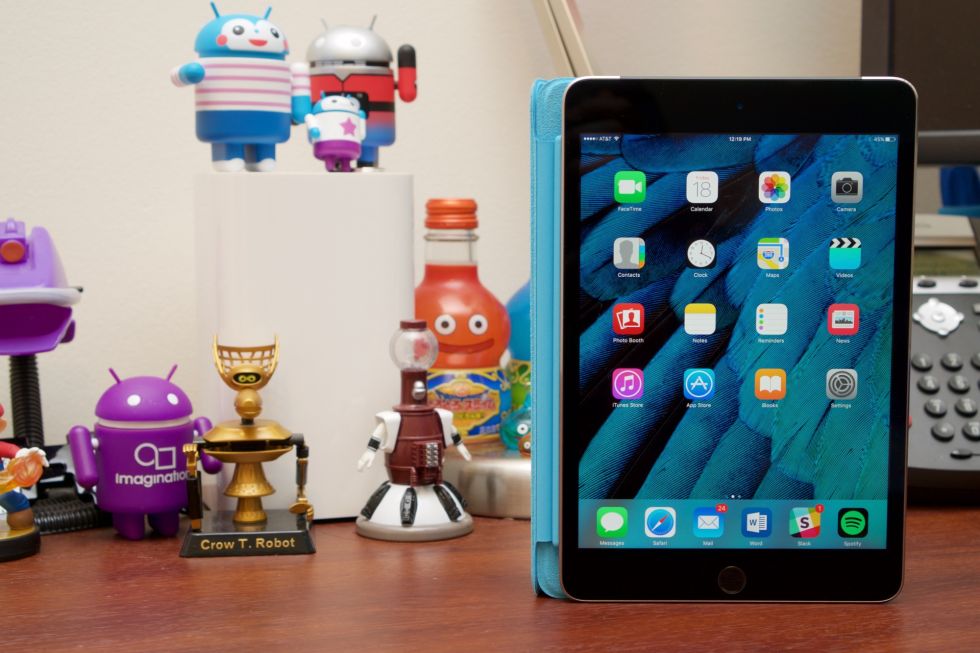 If you didn’t catch the introduction of the iPad Mini 4 at Apple’s product event earlier this month, don’t feel bad. The company announced the new tablet so quickly and with so little detail (and had so few of them available for press to play with afterward) that you could have sneezed and missed it.

Not that it isn’t understandable; the iPad Mini 4 is just one member of Apple’s third-highest-grossing product family, and there was a bigger iPad introduction to pay attention to. Even so, the newest version of the Mini makes enough improvements over the underwhelming iPad Mini 3 that it’s actually worth a closer look.

here is another one

DisplayMate: iPad mini 4 gets a Great Display with a Full Color Gamut and Record Low Reflectance


The iPad mini 4 has finally grown up and become a full fledged respectable iPad family member with a high performance display that Steve Jobs would be proud of - with not only a full and very accurate 101% sRGB Color Gamut, but even more important, with a very low 2.0% screen Reflectance - the lowest we have ever measured for any mobile display - very impressive!

All of the previous iPad minis had a small 62% Color Gamut with poor color saturation, and very high screen Reflectance - the mini 3 had 6.5% Reflectance and the original mini had a blinding 9.0% Reflectance.

...the iPad mini 4 has a Contrast Rating for High Ambient Light of 225, the highest we have ever measured and another record for the mini 4.​
Read more: http://www.displaymate.com/news.html#iPad_mini_4
M

MobileTechReview has posted their review


Last year, Apple delivered a dud of an iPad. I’m not talking about the iPad Air 2, which set an incredible new benchmark for the type of speed and performance consumers can expect from tablets. No, I’m referring to the disappointing, mailed-in iPad mini 3. In 2014, Apple decided to update the the iPad mini 2’s spec sheet with just one thing: Touch ID. The result was a tablet that felt underwhelming the moment it arrived on store shelves — despite costing the same $399 as the earlier model.

A year later, we’re now looking at the iPad mini 4. Considering the barely-there mention it got at Apple’s September event, you might think we’d be in for another underwhelming refresh. But you’d be wrong. For 2015, we’ve gotten the opposite of a lazy revision; Apple has delivered improvements at almost every turn. The iPad mini we wanted last year? It’s here today...​

I imagine the 2gb ram is a huge improvement on tab and app refreshes like it is on the 6s?
Reactions: snowmoon

einmusiker said:
I imagine the 2gb ram is a huge improvement on tab and app refreshes like it is on the 6s?
Click to expand...

I saw very limited tab reloading on my Air 2, which also has 2 GB of RAM, so I'd imagine that would translate to the Mini 4 as well. Also, the ability to install content blockers in iOS 9 has helped a lot with loading speeds and even reducing the amount of tab refreshing on my regular 6 Plus.


Fans of Apple's smaller iPad Mini caught a tough break last fall when the company unveiled its new tablets for the year. Although Tim Cook & co. lavished plenty of attention on the faster, slimmed-down iPad Air 2, the upgraded iPad Mini 3 was regarded as a mere afterthought. The list of changes was so short, in fact, that some of us wondered why Apple would introduce a performance gap between the Air and Mini lines. Still more people wondered when they'd get a Mini with enough power to match its larger sibling. Turns out, the answer was "a year later." I've been testing the new iPad Mini 4 for over a week now and can say with confidence this is the...​

Just picked up a 16 gig LTE cellular iPad mini 4 brand new on eBay for 490 shipped. No tax plus $50 back in eBay bucks. Wanted a 64 gb but could not pass up this deal plus 6 months interest free financing pretty pumped

Just out of curiosity, does the 6s kick the mini 4 in geek bench?
F

The Ipad air 2 has some speaker vibration because it's so thin.

Frank
You must log in or register to reply here.

iPad mini iPad minis in this next September release?