At its "Hey Siri" event, Apple announced an updated iPad mini 4 but largely glossed over any details, focusing its time on the iPhones 6s and 6s Plus, the new Apple TV and the iPad Pro. Today, iFixit completed its teardown for the device, confirming that it comes with a smaller battery than the previous iPad mini as well as 2 GB of RAM. 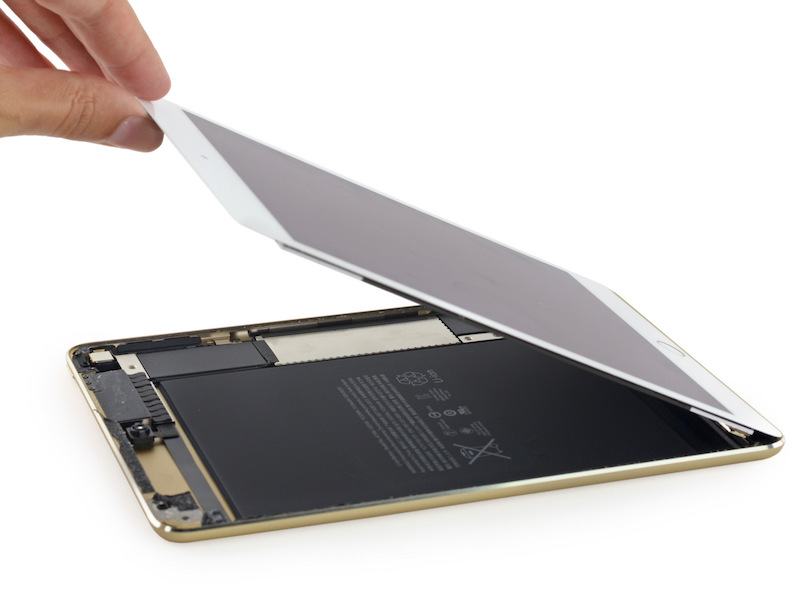 While iFixit's teardown physically confirms that the iPad mini 4 has 2 GB of RAM, Ars Technica ran a GeekBench 3 test a couple days ago on the device, confirming that it runs a 1.5 GHz Apple A8 with 2 GB of RAM. This makes the iPad mini 4 faster than the iPhone 6 and 6 Plus, which run a 1.4 GHz A8, and both the iPad mini 2 and 3, which run 1.3 GHz A7's.

Finally, Apple has also refined, slimmed down and moved around many of the new iPad mini 4's parts due to shrinking the device's thickness from 7.5 mm (iPad mini 3) to 6.1 mm (iPad mini 4). For instance, the FaceTime camera has slimmed down, the battery has shrunk, the LCD and front panel glass are fused together and antennas have been moved both to the top and bottom of the device. iFixit's full teardown provides additional details on all the nips and tucks in the device.

I still want one.
Reactions: DancingTiger01, TheHurryKayne and jajaja
W

The fused display will make a huge difference to the magazine-like appearance. Yay.
Reactions: Jamalien, Statusnone88, haruhiko and 1 other person
J

This is bad. Very, very bad. We all know that smaller numbers = worse. That's why Android is better.
Reactions: AintDutchNotMuch, Jamalien, DeftwillP and 16 others

Why thinner, we could probably have had 20% better battery life.
Reactions: Shirasaki, leo.andres.21, Rangertuf and 10 others

Customers wanted longer battery life, so we decided to put in a smaller battery, so they can treasure every minute of their battery usage. 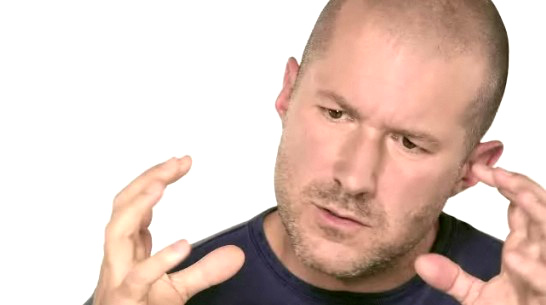 Let the "WE COULD'VE HAD BETTER BATTERY LIFE" comments begin.
Reactions: DancingTiger01, Shirasaki, Gasu E. and 10 others
B

While I generally agree making the iPhones thinner and lighter is not beneficial at this point, I think tablets still benefit from any weight Apple can shave off of them.
Reactions: DancingTiger01, Psyfuzz, Gasu E. and 8 others

No good. It should be as thick as a mattress and run for 6 months non-stop even though no one will need to use it for more than 8 hours at a time.
Reactions: DancingTiger01, JerTheGeek, Psyfuzz and 25 others
J

Smaller battery, but the same battery life as iPad Mini 3. Big deal, but I'm not getting an iPad with the same chip as my old iPhone 6, I'll take the same chip in the iPad Air 2 though.
Reactions: nj1266, Statusnone88 and Menneisyys2
D

I'd agree with a bigger battery for the phone but when it comes to tablets, weight is a huge factor. I agree with Apple's decision with this if the CPU is much more efficient then they can afford to lessen the battery.
Reactions: Psyfuzz, Gasu E., zemsantos and 3 others

Is we a few doze

JCrz said:
This is bad. Very, very bad. We all know that smaller numbers = worse. That's why Android is better.
Click to expand...

JXShine said:
Customers wanted longer battery life, so we decided to put in a smaller battery, so they can treasure every minute of their battery usage
Click to expand...

Not me. Not at the expense of thickness and weight. People keep forgetting this part:


MacRumors said:
While the new battery is smaller, Apple claims the new iPad mini 4 retains the same battery life as the iPad mini 3.
Click to expand...

Longer battery life is always nice, but having a thinner and lighter device (they've got this thing to almost half a pound!) that matches last generation's battery life is even better for me. Excellent job goes to Apple for pulling this engineering feat off. Placed my order for the mini 4 earlier this week and getting it delivered tomorrow. Can't wait!
Last edited: Sep 17, 2015
Reactions: DancingTiger01, Gasu E., Jamalien and 8 others

How about the color gamut? Has it improved from the iPad mini 2 & 3? If it has, then the iPad mini is finally THE perfect mini tablet.

EDIT: According to Ars Technica, the colour gamut of the iPad mini 4 has reached 99% sRGB level, on par with the iPad Air 2. Bravo!
Last edited: Sep 19, 2015
Reactions: Jamalien, nj1266, unobtainium and 5 others

No problem if the battery life still absolutelly the same, as apple tells (nothing worse)
Reactions: Gasu E., zemsantos, SpasticPat and 1 other person
T

Longer battery life is always nice, but having a thinner device that matches last generations battery life is even better for me. Excellent job goes to Apple for pulling this engineering feat off. Placed my order for the mini 4 earlier this week and getting it delivered tomorrow. Can't wait!
Click to expand...

you don't get jokes do you?
Reactions: zemsantos and unobtainium

To please some people on this forum would take a liquid cooled processor, a car sized battery, a full sized keyboard, a terabyte of storage and 32G of memory........

Wait I already have that, my desktop. The mini 4 is a great personal, portable product. Your choice is to buy it or not. Or, I guess you could buy Apple and build it your way.
Reactions: Psyfuzz, kupkakez, Statusnone88 and 2 others
M

Sticking with 3. Bummer it won't get full multitasking features but I can deal with it.
Reactions: rgarjr

Coudn't apple find a way to fill that empty space on the top of it? maybe if they had made the motherboard smaller and put it on the top of the ipad (it has basically the same components as the iphone 6 has, it doesn't need to big that big) so they could have made the battery to fill all the width of it.

Seems like the even-numbered iPad minis were the ones that were most "worth" buying. Even if the iPad mini 4 does not have a third-core, it still has the 2GB of RAM for split-screen multitasking.
Reactions: TheHurryKayne, rgarjr and emilioestevez
S

I so want one, but can't quite justify it. I've got a Mini2 retina and really, I mostly use it to read Kindle books. And it does that fine. About the only thing I miss is touch-id. Every time I pick it up I try to unlock it with my fingerprint like I do my iPhone 6. But that's hardly enough of a reason to spend the cash... so thinks my wife
Reactions: AintDutchNotMuch, Jamalien, nj1266 and 7 others

Well, it's true. There's zero reason to go thinner on any Apple product. None. They're plenty thin enough. The tablets, the phones, the desktops, the laptops. They're well beyond what anyone could really want or need. It's just ridiculous at this point. Tossing aside extra battery life so they can show one more slide during the keynote that brags about shaving another .0067 mm from the newest iDevice. (╯°□°）╯︵ ┻━┻
Reactions: Shirasaki, HVDynamo, mel823 and 8 others

On my 64GB iPad mini 4 Space Gray now and loving it! Perfect size/weight combo for my couch surfing needs.
Reactions: BigMcGuire, TheHurryKayne, Douglas B and 1 other person
You must log in or register to reply here.
Share:
Facebook Twitter Reddit Email Link
Register on MacRumors! This sidebar will go away, and you'll see fewer ads.
Sign Up
Top Bottom