Numerous readers have reported that Apple's iPhone 3G commercial has begun appearing on a wide variety of U.S. television stations. The commercial, entitled Hallway, debuted during Steve Jobs' keynote speech at Apple's Worldwide Developers Conference on June 9th and was posted to Apple's site soon after. However, the commercial has remained conspicuously absent from television broadcasts until now. 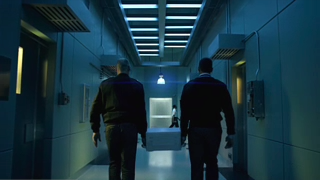 The iPhone 3G launches this Friday in approximately 20 countries, with an additional 50 countries scheduled to begin offering the new iPhone later this year.

i'll be looking for it now
A

I wish they had apple adds in Australia

I saw this add on TV in central Ohio...

how about the rest of you?

Saw it on ESPN during baseball tonight.

Anyways, surprised there was no date at the end to remind people its this friday.

I was just thinking earlier that I haven't seen any commercials for the new iPhone on the tube. They played a lot more on the first version.

weird... i just saw this thread looked up and saw it on TV -

I saw it earlier today on Comedy Central. Is the Instinct going to have to stop showing their Instinct vs iPhone ads once the 3G iPhone is released? How can they continue to compare it to a phone that is no longer available?

Foothills to the Rocky Mountains

They played it during a Futurama re-run on Comedy Central tonight. I had forgotten how the commercial went, so when I heard "better than the iPhone" I looked up and was ready to give the TV the finger.
P

I just seen it and it got me hypeeeeeeeeee, I can't wait till July 11th

archi17 said:
I wish they had apple adds in Australia
Click to expand...

Saw it tonight on TNT during Saving Grace. So far this is the first time I've seen it on TV.

Just played during Jay Leno on NBC here in Phoenix, AZ. It was during the first commercial break after opening.

It's been on TV!!
Ever since it was announced!
Not often... but occasionally.
Someone's gotta be with me on this.
C

deannnnn said:
It's been on TV!!
Ever since it was announced!
Not often... but occasionally.
Someone's gotta be with me on this.
Click to expand...

I haven't seen it on TV until just now.
C

Speaking of the iPhone 3G trailer...

I recently made a political parody of it: http://www.youtube.com/watch?v=Gj3g6bKlwyg

MacRumors said:
The iPhone 3G launches this Friday in approximately 20 countries, with an additional 50 countries scheduled to begin offering the new iPhone later this year.

I haven't seen the commercial once...previous iphone commercials were all over the place
F

archi17 said:
I wish they had apple adds in Australia
Click to expand...