Over the past two weeks, an increasing number of iPhone 7 and iPhone 7 Plus users have experienced Bluetooth audio issues in vehicles. The majority of users experiencing problems appear to be BMW owners, regardless of model, but other vehicle brands such as Hyundai and Kia appear to be involved in limited cases.

The issues range from audio cutting out to connectivity issues with infotainment systems. BMW users in particular report being able to stream music for about 5-10 seconds, at which point the ConnectedDrive system freezes. Fixing the system requires restarting the iPhone, but the issue reemerges once the connection is reestablished.

My iPhone 7 Plus with iOS 10.0.2 will not stream audio for more than a few seconds in a BMW 4 series with the latest multimedia software. I have researched the issue and others with BMWs and other makes seem to be experiencing the same or similar streaming issues. Moreover, once the fault occurs the mobile telephone connection then becomes flakey as well. The only thing I can do is to disable the audio streaming option in order to have a phone that works in the car as a phone.
Click to expand...

I just upgraded to an iPhone 7 Plus running iOS 10.0.1 and I am having issues playing music through Bluetooth on BMW ConnectedDrive. I've upgraded the BMW software on my car to the latest version from BMW's website, but I still get disconnected on Bluetooth after about 5-10 seconds after playing music. I've tried to restore the phone and set it up as a new phone. I've deleted the connection both on the device and car, but the issue persists.
Click to expand...

iPhone 7 in 2015 BMW 235i disconnects from Bluetooth after steaming audio for 10 seconds. Once disconnected, iOS no longer sees the vehicle's Bluetooth source. The only recourse is to forget the device in Settings and repair with the vehicle. I've isolated iOS as not the key issue (iPhone SE works fine on the same iOS 10.0.1, so did my prior iPhone 6s). Apple had me swap out the device at the store; the same thing is occurring on the new iPhone 7.
Click to expand...

BMW itself has acknowledged the issues and said it is working with Apple to ensure iPhone 7 compatibility in its vehicles:

We are aware of the concerns you speak of and we are currently working directly with Apple to ensure iPhone 7 compatibility in our vehicles. At this time, the Apple iPhone 7 is not an approved device for our vehicles until testing has completed. We do not currently have an estimated time frame regarding the completion of iPhone 7 testing. Please continue to look for an update from Apple for a new iOS and our update website to help resolve your concerns: www.bmw.com/update. We apologize for any inconvenience this has caused.
Click to expand...

Apple has seemingly told some customers the fix will be included in an upcoming software update. The issue is still present on iOS 10.1 beta. BMW owners are recommended to update to the latest version of ConnectedDrive as a preparative measure. BMWs equipped with CarPlay do not appear to be affected.

These types of issues have been seen before. In 2014, some users experienced trouble pairing their devices to their vehicles via Bluetooth after upgrading to iOS 8 or purchasing a new iPhone 6 or 6 Plus. Apple fixed the issues in iOS 8.1. Similar issues affecting some iPhone SE users were addressed in iOS 9.3.2.

I guess you missed the part about Hyundai and Kia.
Reactions: yadmonkey, Wowereit, longpath and 12 others
S

My Toyota Tacoma 2016 is the same way. I can't even get it to see the truck anymore.
Reactions: longpath, Jungo and dan110
N

MacRumors said:
Fixing the issue requires restarting the iPhone, but it reemerges once the connection is reestablished.​
Click to expand...

That's not much of a fix
Reactions: mentaluproar, longpath, sideshowuniqueuser and 6 others

I don't recall having this issue on my 2016 3 series, but generally plug my device in using lightning.

I'm going to try repairing the device after resetting network settings, and see if I have any of these cited issues. I didn't think the bluetooth chip in the 7's was different from that of the 6S', or at least not a different bluetooth standard, but maybe I'm missing something here.
J

Is Apple even test their products anymore?
Reactions: Mr. McMac, sideshowuniqueuser, dan110 and 5 others

Time to sell my BMW I guess.
Reactions: nia820, LizKat, sideshowuniqueuser and 3 others
S

jonbauer said:
I don't think this is an iPhone 7 issue nor a BMW ONLY issue. I think it's an iOS 10.x.x issue.

Yeah, everyone seems to be forgetting all the issues with iOS 8 and Bluetooth that was fixed after 2-3 updates
G

For BMW drivers just play your music through the the USB ports. The audio quality is better than Bluetooth and you can charge at the same time. I've had no problems so far.
Reactions: lykbutta, ssspinball and Mac 128

nikosl7 said:
They can always use the headph... oh no.
Click to expand... 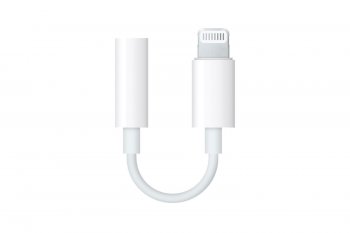 jonbauer said:
I don't think this is an iPhone 7 issue nor a BMW ONLY issue. I think it's an iOS 10.x.x issue.

There won't be support until the 8 comes out. BMW is allllllways behind.
Reactions: richhh
I

WannaGoMac said:
Time to sell my BMW I guess.
Click to expand...

Hilarious and I'd probably think the same way. Goes to show how important phones are in our lives these days.
Reactions: Dinsdale and richhh

This is driving me insane, every few minutes the phone stops playing music and requires a bluetooth reset or toggle to fix. I also find it irritating my 2016 50 thousand dollar car can't be upgraded to CarPlay that comes with the 2017's......this is 2016 people bluetooth issues should not be a thing anymore....its crazy that these companies are not held accountable, honestly its sort of a safety issue as well.
Reactions: satcomer, sideshowuniqueuser, Dinsdale and 2 others

nikosl7 said:
They can always use the headph... oh no.
Click to expand...

Or perhaps they can just plug it into the USB port which charges and streams higher quality audio at the same time. The headphone jack is the last thing I would want to use in my BMW.


kaneda said:
Is Apple even test their products anymore?
Click to expand...

I do find this surprising considering the high number of BMWs which must inhabit the Cupertino campus parking lot. You'd think this would have been discovered much earlier.
Reactions: mentaluproar, Dinsdale, TimSHB and 3 others

Did you type that from your $700 phone?
Reactions: Billykonstantine, mentaluproar, longpath and 17 others
T

WannaGoMac said:
Time to sell my BMW I guess.
Click to expand...

Ever consider selling your iPhone?

They are not driving it right...
Reactions: LizKat, Ulenspiegel, sideshowuniqueuser and 4 others
E