Breaking into the iPhone of San Bernardino shooter Syed Farook yielded no new leads in the FBI's investigation, but it did help answer remaining questions about the attack, reports CNN.

According to anonymous U.S. law enforcement officials, the iPhone did not contain encrypted messages or evidence of communications with other unknown ISIS supporters, but it did confirm the shooters did not have outside help as there was no evidence Farook made contact with a third-party during an 18-minute timeline gap. 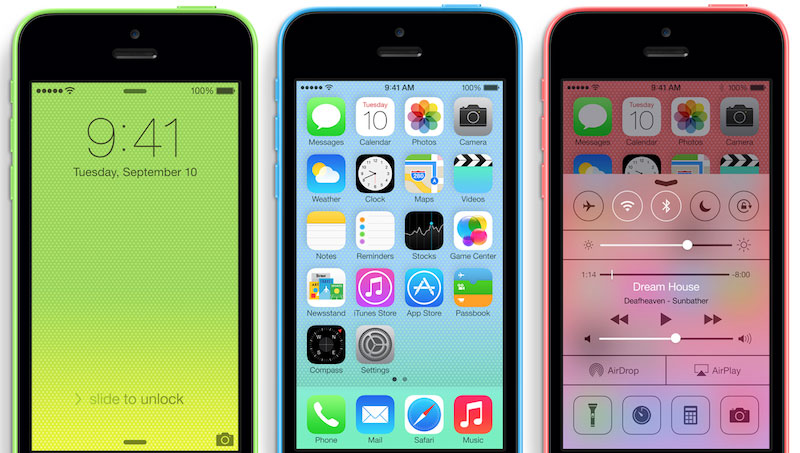 The FBI has also concluded there was data on the phone it did not have access to previously, an unsurprising find because the iPhone was in use for several weeks after the last iCloud backup. Apple was able to provide data from iCloud backups to the FBI, but the FBI pursued the iPhone unlocking because there was no way to know if there was additional information on the phone without breaching it.

Investigators are now more confident that terrorist Syed Farook didn't make contact with another plotter during an 18-minute gap that the FBI said was missing from their time line of the attackers' whereabouts after the mass shooting, the officials said. The phone has helped investigators address lingering concern that the two may have help, perhaps from friends and family, the officials said.

The phone didn't contain evidence of contacts with other ISIS supporters or the use of encrypted communications during the period the FBI was concerned about. The FBI views that information as valuable to the probe, possibilities it couldn't discount without getting into the phone, the officials said.
Click to expand...

CNN's report is in line with information shared last week by CBS News, which said "nothing of real significance" had been discovered on the device. As The Verge points out, the lack of useful contacts or messages on the phone has brought an anticlimactic end to the vicious public encryption battle Apple and the FBI fought over the San Bernardino iPhone.

Apple and the FBI are continuing their encryption dispute over a case in New York. The FBI has asked that a judge order Apple to unlock the iPhone 5s pertinent to a Brooklyn drug case, which Apple has refused to do. While the order was initially denied, the FBI has filed an appeal and the case has yet to be decided.

Apple legal chief Bruce Sewell and Amy Hess, executive assistant director for science and technology at the FBI, are also testifying before congress this afternoon over encryption matters.

This was to be expected. The iPhone in question belongs to the County. It is a government-issued mobile telephone; I don't think that the FBI were expecting that the shooter would use a government issued phone to store/share nefarious information.
Reactions: kiopoptr877, Qbnkelt, Deelron and 4 others

If that lingering question was "Did the attacker use this phone for anything". No.
Reactions: philosoraptor1
S

yawn. law enforcement never expected to find anything substantive on the phone. the whole "we need unlimited access to everything to protect you from terrorism" is, and always has been, a sham.
Reactions: bliggs, kiopoptr877, tomaszk and 26 others

I love the "positive" spins they're trying to put on the fact that there was nothing of interest on the phone.

"We found nothing, but good thing we hacked this phone or we'd still be wondering!"

Reminds me of my paranoid ex girlfriend who I would catch snooping through my phone from time to time, and she'd always defend herself with 'I just needed to know if I had anything to worry about!'
Reactions: kiopoptr877, Orlandoech, ksnell and 16 others

I'm more concern about mac computers then what FBI "discovered" from iphone.
L

JohnApples said:
Reminds me of my paranoid ex girlfriend who I would catch snooping through my phone from time to time, and she'd always defend herself with 'I just needed to know if I had anything to worry about!'
Click to expand...

And we just go merrily along ignoring the fact that the owners of the phone (the government) did not have a master password for their own device and somehow it was up to Apple to fix.
Reactions: danranda, kiopoptr877, GrumpyMom and 5 others
S

Since the shooters had destroyed their actual 2 personal smartphones (and computer) prior to doing their deeds, there obviously would not be anything on the Work Smartphone (that the manager would have access to) that they chose not to destroy.
Reactions: kiopoptr877, spinnyd, JohnArtist and 7 others

I would argue that the FBI, in wasting time and resources on this work phone, are helping the cause of terrorism around the world.

Any sane person would have realised long ago that there would be nothing on this phone of any value, and would therefore concentrate his focus on fighting crime in a more fruitful fashion. The motive for trying to force Apple to hack into it has been seen to be unworthy of the American government, and shows the endemic corruption at the highest level of authority.

As such, I recommend that James Comey is relieved of his duties.
Reactions: kiopoptr877, CrickettGrrrl, Shirasaki and 11 others

But... what about the dormant cyber pathogen?
Reactions: Dayv, danranda, kiopoptr877 and 23 others

I can't wait for the day when stories featuring anonymous sources are not considered newsworthy. Why should we believe what some anonymous person says. How do we know this isn't BS?
T

GadgetDon said:
But... what about the dormant cyber pathogen?
Click to expand...

Benjamin Frost said:
As such, I recommend that James Comey is relieved of his duties.
Click to expand...

Together with Tim Cook?
Reactions: stiligFox and Benjamin Frost

Ok so, I think the lesson here is, if you're gonna go nuts and kill a whole bunch of people, be considerate and microwave your phone first, to save everyone from a lengthy legal & technical Supreme Court vs private industry vs FBI vs US constitution battle royale over what may or may not be on it.


Really though, if they're going to play the "just being thorough" angle, they ought to go back to 7th grade science class, and familiarize themselves with "Absence of evidence is not evidence of absence", and proceed to commandeer every cellphone on earth and hack them to see if there's anything the Shooter deleted from his own phone that may still exist on others phones. Get on it FBI.
Last edited: Apr 19, 2016
Reactions: Shirasaki, GrumpyMom and Deelron

How are they confident there was no contact? Did they get access to their destroyed personal phones and the missing hard drive from their PC?
Reactions: laurim, danranda, V.K. and 2 others

Simple. Cell phone companies keep records about every call made. Police have no problem getting such records, especially when the phone's owner is a cooperative government agency. Texting and other communications are likewise tracked.

When the iPhone first came out, people got multi hundred page phone bills documenting internet activity with annoying detail. That was ended out of convenience, not lack of data.
Reactions: dk001

I can't help but think that Feebs did not in fact break into the said iPhone but claimed that they had because then they wouldn't need Apple to do for them and thus they would save face from having failed to convince the legal machinery to force Apple to do the dirty (which they couldn't anyway). They were not given what they wanted and so have now claimed that they didn't need it anyway. No surprise nothing was found because 1. they did not crack the phone and 2. it wouldn't have had anything anyway.
Reactions: Shirasaki and Benjamin Frost

If FBI found something (pointless)
"See Apple? We CAN stop terrorists by finding stuff on the phone! NOW GIVE US THE BACKDOOR!"
If FBI found nothing
"Ah, well... There are probably other terrorists hiding stuff on their phones. NOW GIVE US THE BACKDOOR!"
And this will continue forever...
Reactions: Shirasaki, Benjamin Frost and kpeex
You must log in or register to reply here.
Share:
Facebook Twitter Reddit Email Share Link
Register on MacRumors! This sidebar will go away, and you'll see fewer ads.
Sign Up
Top Bottom