Apple today at the Steve Jobs Theater introduced the iPhone X, and said the high-end smartphone will be available in Space Gray and Silver, despite multiple rumors recently about a so-called "Blush Gold" colorway.

For perspective, the less expensive iPhone 8 and iPhone 8 Plus will be available in an all-new gold finish, and beyond the plastic iPhone 5c, every model since the iPhone 5s has been available in at least one shade of gold.

Yesterday, well-connected Apple analyst Ming-Chi Kuo said Apple may be encountering some production issues with the gold iPhone X, which could explain why Space Gray and Silver will be the only colors at launch.

Due to component supply constraints, we estimate current production of the OLED iPhone at less than 10k units per day, which means the model will remain in severe short supply for a while. Furthermore, we estimate that the gold version of the OLED iPhone will encounter some production problems and will initially be available only in extremely low volume. There is even a chance that the gold version will go on sale at a later date than the other versions. However, we believe these shipment delays will have a limited impact on the shares of Apple and its supply chain members.
Click to expand...

Kuo predicted that the gold iPhone X would either be available in "extremely low volume" or go on sale at a later date, but it's unclear at this point if Apple will introduce a gold model to the iPhone X lineup in the future.

Apple has introduced new colors for already-released iPhone models in the past, like the (PRODUCT)RED special edition iPhone 7, so it's certainly a possibility the iPhone X could eventually come in gold.

Article Link: iPhone X Comes Only in Space Gray and Silver With No Sign of Gold

To be honest I kind of expected this, if it weren’t for the Blush Gold rumors and reports, I would have thought it would be 2 colors only.
It makes manufacturing the X easier and it is more fitting to have classic style colors.
But I do still think it would have looked good in gold, perhaps we’ll see more colour introductions in the near future.
Last edited: Sep 12, 2017
Reactions: t1meless1nf1n1t, MaximizedAction, RevTEG and 2 others
N

anyone found realworld videos/pictures of spacegray X yet?
Reactions: nathanalf

What color are you guys getting? I'm going with the white and black since we haven't seen that since the 3GS.

Edit - Also, for black I wish they had opted for a jet-black look with silver stainless steel sides.
Last edited: Sep 12, 2017
Reactions: MaximizedAction, GrumpyMom, Blakjack and 2 others
J

Space Gray for me.

It's an ugly color. Many won't miss it.
Reactions: Avieshek

Probably dropped it as yield was so low for X anyway. No 512GB either, which is more of a surprise.
[doublepost=1505253555][/doublepost]Silver for me, although I’m genuinely considering the 8 Plus
Reactions: MaximizedAction and Avieshek

Probably a mid-cycle upgrade, like how the Product-Red iPhone 7 was.
Reactions: Avieshek

I demand an apology from mac rumors for the false reporting
Reactions: PoppaKap and Avieshek

Eventually, they will sell a gold one like the Apple Watch.
Reactions: Avieshek

I had my mind set on the supposedly “Black” clones, but after looking at silver or space grey, I’m thinking of silver as it remind me of my old pal 4S.

Anyone think if sales dip we might get something bundled in later? Maybe Music sub, AirPods or even apple care would do?

The iPhone X seems like a F-up to me, the whole new 8/X range should have had the same full screen design with just a feature set difference.

The 8 should have been an upgraded 7 in the new form factor, and the X should have had all the new goodies like Wireless charging, Face ID etc only.
Reactions: MaximizedAction, Bethanie21 and aylk

Gold was ugly anyways. Totally cool with these choices.

I'm sure Apple has piles of sales data they consulted before making this choice to offer just 2 colors.

No touch ID = No buy. Goodluck with the junky face ID.
Reactions: Avieshek, Bethanie21 and jdillings

I think the silver X looks very classy and given the fact both phones have black fronts, they look virtually the same from the front (especially when they are in a case).

IMHO space grey does not look as nice as Jet black or matt black on the 7/7Plus. I guess the glass gives a kind of jet black look. Don't get me wrong, I like space grey (I have a space grey MBP) but for a phone, hmm - going backwards...
Reactions: aylk
C

Hopefully it looks closer to black. I had hoped Apple was done with the ugly Space Gray after the 7 and was going back to black.
Reactions: ck2875
D

A new color to generate a sales bump in the spring.
Reactions: Blackstick
B

Highest price back then versus now. Doubled.
N

not sure i like this color... would have prefered a deep black. guess i'm gonna go for the white one. 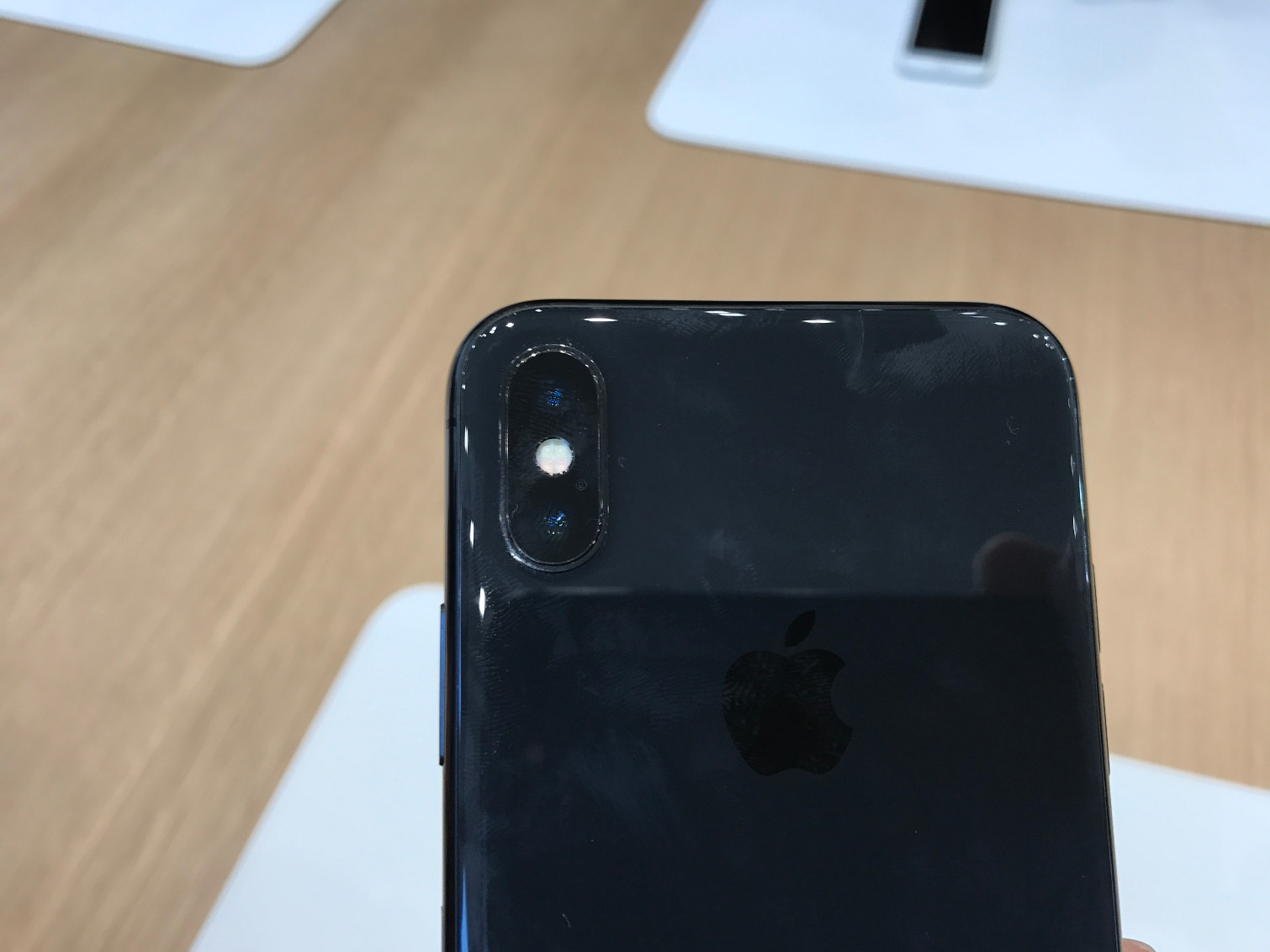 Probably release it in March, like the Red iPhone 7
Reactions: BWhaler
C

I’ve been buying exclusively Apple products for the last 16 years. So many MacBooks, iPhones, Apple Watches, iPads, Apple TVs... I was on the fence about getting the iPhone X. It’s gorgeous... but way out of reach price wise... $1300+ CAD for a phone is insane.
Reactions: Bethanie21 and xxxda1xxx
M