For context, Cellular Insights used professional measurement equipment equipped with four Vivaldi antennas to simulate LTE performance at different distances from a cellular tower with the Qualcomm and Intel models.

Cellular Insights started with a LTE signal from a strong -85dBm, and gradually reduced the power level to simulate moving away from a cellular tower where signal is weaker, until the modems lost their cellular connectivity.

The testing, shared with PC Magazine, was based on performance on LTE Band 4, which is used by every major carrier in the United States except Sprint, as well as in Canada and parts of Latin America.

While both modems started out with 195Mbps of download throughput on a 20MHz carrier, the Qualcomm difference appeared quickly, as the Intel modem dropped to 169Mbps at -87dBm. The Qualcomm modem took an additional -6dBm of attenuation to get to that speed.
Click to expand...

Cellular Insights said the difference is most noticeable in very weak signal conditions, in which the iPhone X with a Qualcomm modem experienced 67 percent faster LTE download speeds on average compared to the Intel model.

iPhone 7 and iPhone 7 Plus models with Qualcomm modems also had faster LTE download speeds than their Intel counterparts last year, but Cellular Insights said the gap was narrower between iPhone X models.

PC Magazine speculated that Apple could be artificially crippling the Qualcomm modem to have similar performance as the Intel modem, given the controversy that arose with the iPhone 7 and iPhone 7 Plus last year.

Qualcomm's Snapdragon X16 is a gigabit-class modem that supports 4x4 MIMO, for example, but the functionality is disabled in the iPhone X. The result is that both the Qualcomm and Intel versions of the iPhone X have a peak theoretical download speed of 600 Mbps in most countries.

All in all, what this all means is that customers who want to ensure they receive the absolute highest LTE speeds in areas with weaker signal reception should put some thought into which iPhone model they purchase. 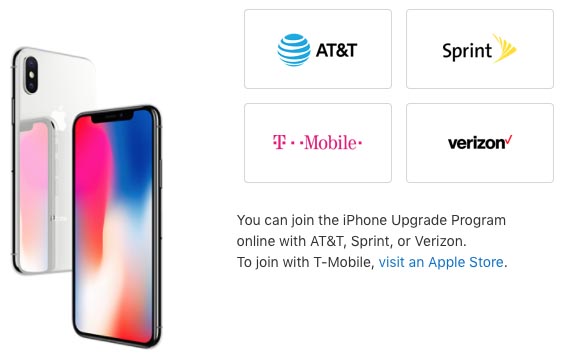 Apple offers the iPhone X, iPhone 8, and iPhone 8 Plus in two models in the United States. The first is the Qualcomm-based model A1865, which works with CDMA networks like Verizon and Sprint in the United States. The second is the Intel-based A1901, which works with GSM networks like AT&T and T-Mobile. In other countries, Apple typically sells just one version of each phone, depending on the technology used by carriers in each country.

If you want the best possible LTE performance, purchasing the A1865 model is the best option. For now, this requires ordering the Verizon model if you want an unlocked device in the United States. In many other countries, and in the U.S. soon enough, Apple sells an unlocked SIM-free A1865 model.

"but Cellular Insights said the gap was narrower between iPhone X models."

It seems the gap is getting smaller. Apple maybe able to ditch Qualcomm and not take a big performance difference by next year.
Reactions: t1meless1nf1n1t and tridley68
Comment

If you purchase from Best Buy you’ll get the A1865 model no matter what carrier you use. They stock the most universal model and lock it to to the carrier upon activation. Just FYI. They’ve been doing this since the 6S.
Reactions: Bako-MacAddict, liberte1776, Statusnone88 and 3 others
Comment

I got the intel model too

—
EDIT- it being a good screen has NOTHING whatsoever to do with being INtel or Qualcomm. People have been confused by this post

Just luck of the draw, preordered ATT, picked up a verizon in store, and returned the verizon one.
Last edited: Dec 1, 2017
Reactions: Statusnone88
Comment

I’d imagine that most of the time the real world difference is pretty minor, especially when you factor in environmental factors, usage patterns, and other real-world events.
Reactions: Kram Sacul, spiddyman007, mdelvecchio and 8 others
Comment

Qualcomm clearly has better LTE performance. I want the best phone available. That is why I have an iPhone X. I really don't care about Qualcomm's and Apple's dispute. They both overcharge. If Apple decides to use inferior chips then I will consider another phone.
Reactions: whirldy, spiddyman007, Delgibbons and 10 others
Comment

Are the carriers allowing the max speed or capping it.
Does it really matter to the masses?
Comment

Can you order a Verizon iPhone (pay full price) and just pop the SIM card in for AT&T and use it?
Comment
K

Kesem said:
Qualcomm clearly has better LTE performance. I want the best phone available. That is why I have an iPhone X. I really don't care about Qualcomm's and Apple's dispute. They both overcharge. If Apple decides to use inferior chips then I will consider another phone.
Click to expand...

Are the differences that much to choose a different phone?
[doublepost=1512159850][/doublepost]

I heard that if you do this, AT&T will lock the phone to them. Can anyone confirm this?
Comment
R

If your on att and T-Mobile I read that the voice is a little better with the intel.
Comment

Qualcomm's only job is to work on mobile and communication technology, from AR to cellular. They file about eight patents per day.

So, while they contributed basic patents to the standards, they are also constantly improving their own chip implementations with proprietary methods which increase speed and robustness.

That's why many companies buy Qualcomm reference designs and/or license their non-FRAND patented enhancements instead of implementing the base standards on their own. Heck, Intel themselves bought the technology they're using from a company that started out with Qualcomm chip IP.
Last edited: Dec 2, 2017
Reactions: Naraxus, wwetech and haunebu
Comment
M

My telco limits the speed according to the contract. The more you pay, the more bandwidth you get.
My contract is paid by my employer (in full) - but it's of course a rather cheap contract and (IIRC) capped at 20MBit/s. On the upside, there is no real data cap.

So, as long as wireless ( IEEE 802.x) is unaffected, this doesn't concern me the least.
Comment
G

Yes, but the only way Verizon will let you do this is to pay 100% for phone (obviously) as well as set up a postpaid account. You then have to cancel the postpaid account. Source: I just got thru doing this since Verizon doesn’t offer a prepaid iPhone X yet.
Reactions: Theyayarealivin
Comment

Yeah, same with me, Intel model with paid-in-full, unlocked version in Canada. Fortunately I am with Rogers so the least of my worries is the modem in my iPhone X.
Comment

bruinsrme said:
Are the carriers allowing the max speed or capping it.
Does it really matter to the masses?
Click to expand...

richard371 said:
If your on att and T-Mobile I read that the voice is a little better with the intel.
Click to expand...

thadoggfather said:
I got the intel model too

I had Qualcomm x as well but the screen was way inferior as part of panel lottery
Click to expand...

This is one reason I'm still just not that into OLED. I don't understand why this issue goes under the radar so often.
Comment

Cellular Insights were on Qualcomm‘s payroll last year and faked test results that made Qualcomm look good and made Intel look bad by using configurations that do not exist in the real world. Why should anything about that change this year? I am sure Qualcomm pays quite well for these results.

And after all, the equipment you need for these kinds of tests is so expensive that a niche website like that couldn‘t get it from ad revenue alone.
Reactions: Statusnone88 and CaptainFS
Comment

Is there a way to tell which modem you have in your iPhone? Does Lirium provide that information?
Comment
B

YES! That’s exactly what I did. I’m on t mobile but purchased the “Verizon model” X full price via Apple put my T-Mobile sim and and everything updated as it should. No issues!
Reactions: wwetech, Statusnone88 and Tofupunch
Comment
J

Yep. Exactly what I did. I purchased (Verizon) iPhone at my local Apple store and activated it on my AT&T account. Works like a charm.
Reactions: Statusnone88 and haunebu
Comment
B

vertical smile said:
Are the differences that much to choose a different phone?
[doublepost=1512159850][/doublepost]

I heard that if you do this, AT&T will lock the phone to them. Can anyone confirm this?
Click to expand...

Carriers don’t lock phones anymore unless your tied to a installment plan. If it’s locked and att will not unlock the device it’s because you owe Money on the device and need to pay it off..once you do you can request to have your device unlocked and are free to use your phone with any carrier that is supported. The difference to me is in the resell value..you will get more for a phone that can be used on more networks
Comment
You must log in or register to reply here.
Share:
Facebook Twitter Reddit Email Share Link
Register on MacRumors! This sidebar will go away, and you'll see fewer ads.
Sign Up
Top Bottom