What cases do you recommend for the XS Max? I can't seem to find many reviews on Amazon nor many articles. I see the usual brands: Olixar, Spigen, Ringke.

I don't feel like spending $40-$50 at a T-Mobile, Best Buy, or venture to an Apple Store in the chaotic mess that happened today w/ the POS (point of sale) systems being down for customers.

The Spigen Rugged Armor is the one I normally get for phones, but any owners out there who can chime in please? Thanks.

My XS Max is wearing this black Apple leather case. 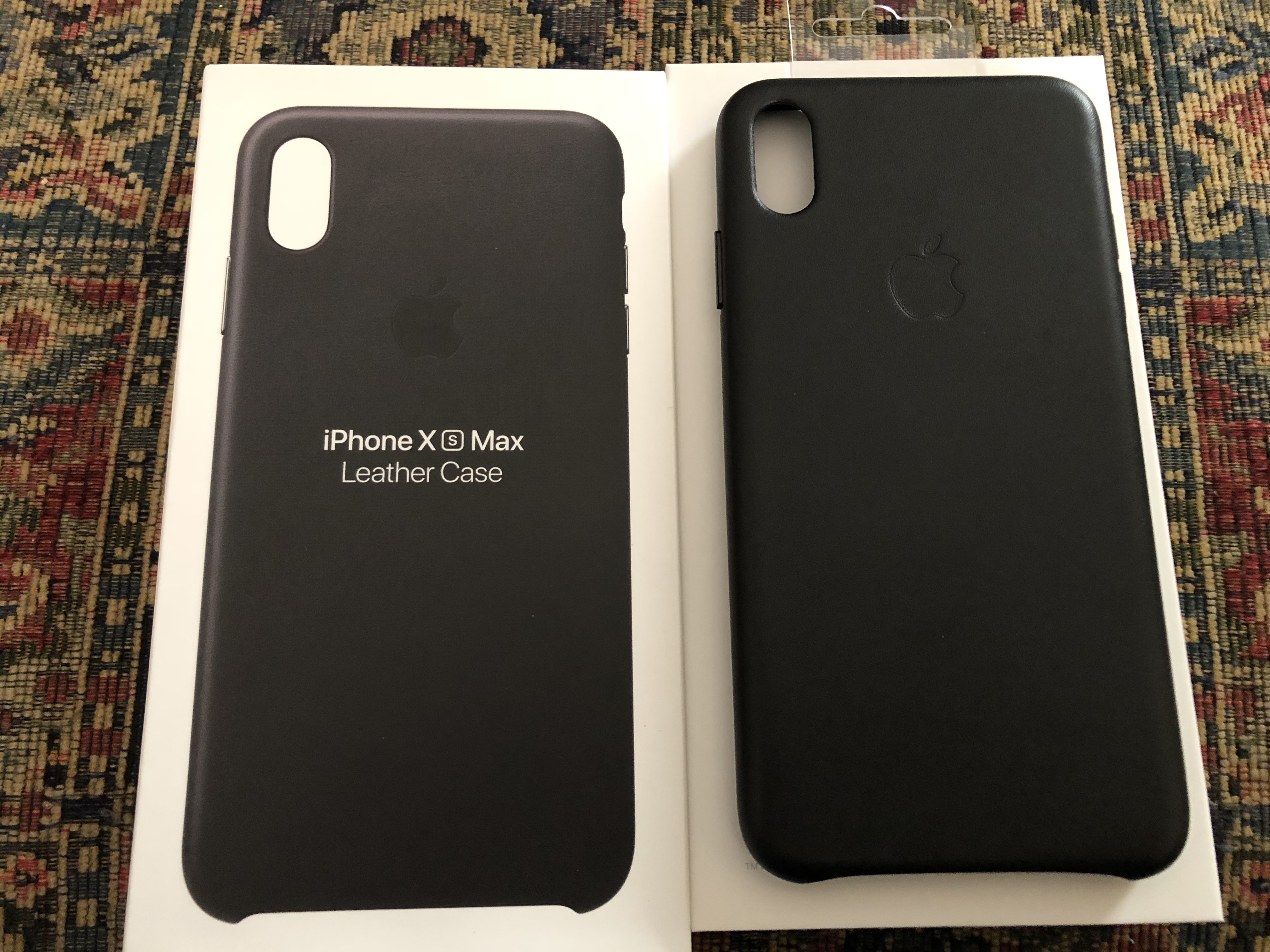 Same for me. Sleek and minimal.

My Speck case. Absolutely love it. Using it now on my Max.
E

blairh said:
My Speck case. Absolutely love it. Using it now on my Max.
Click to expand...

This is the same I have. Love it and my go to
Reactions: blairh

Spigen ultra hybrid in rose crystal for me.

I bought an inexpensive silicone case from Amazon to tide me over til I get my pre-ordered Loopy. I really like it, and would likely use it, but I am pretty obsessed with my Loopy cases.

For me, I like a black TPU slim case to protect a bit but not add extra bulk. I bought a Bennald case off of Amazon and it’s just what I was looking for. However the cutout holes on the bottom have extra holes on the left side. I contacted Bennald and they will be redoing the case and said they would send me the new one. This has decent grip and keeps a nice stealth look to my XS Max.

ET3SW said:
This is the same I have. Love it and my go to
Click to expand...

Nice. Amazing how many cases don't focus on grip. This one is ideal IMO.

I always use the leather cases. I have the forest green one for the Max. And I love them. I hate the price but they are really nice cases.
Reactions: bojack

I bought the Otterbox statement case for my Xs max. It was very tight getting the phone in, nice case if you want to have a clear back.

Just a clear, thin rubber case like Tozo or Spigen. I want that gold to be visible!

Just bought a Ringke clear case from eBay because it looks very thin and can also handle a wrist strap (nice for traveling).
Reactions: Mr.C
E

blairh said:
Nice. Amazing how many cases don't focus on grip. This one is ideal IMO.
Click to expand...

Exactly..This is why i love the case..It's all about the grip!
J

I'm still toying with taking advantage of the Apple yearly upgrade program and swapping my X out for an XS Max... but I just gotta whine for a minute. I won't be too verbose, promise.

How in the world are they justifying asking $130 for an iPhone case. I just... man... that may be the very thing having me keeping my X for another year. 1st world problem, to be sure, but lordy.

At the moment, I am using the new Forest Green Apple leather case.
Reactions: asfalloth and bojack
M 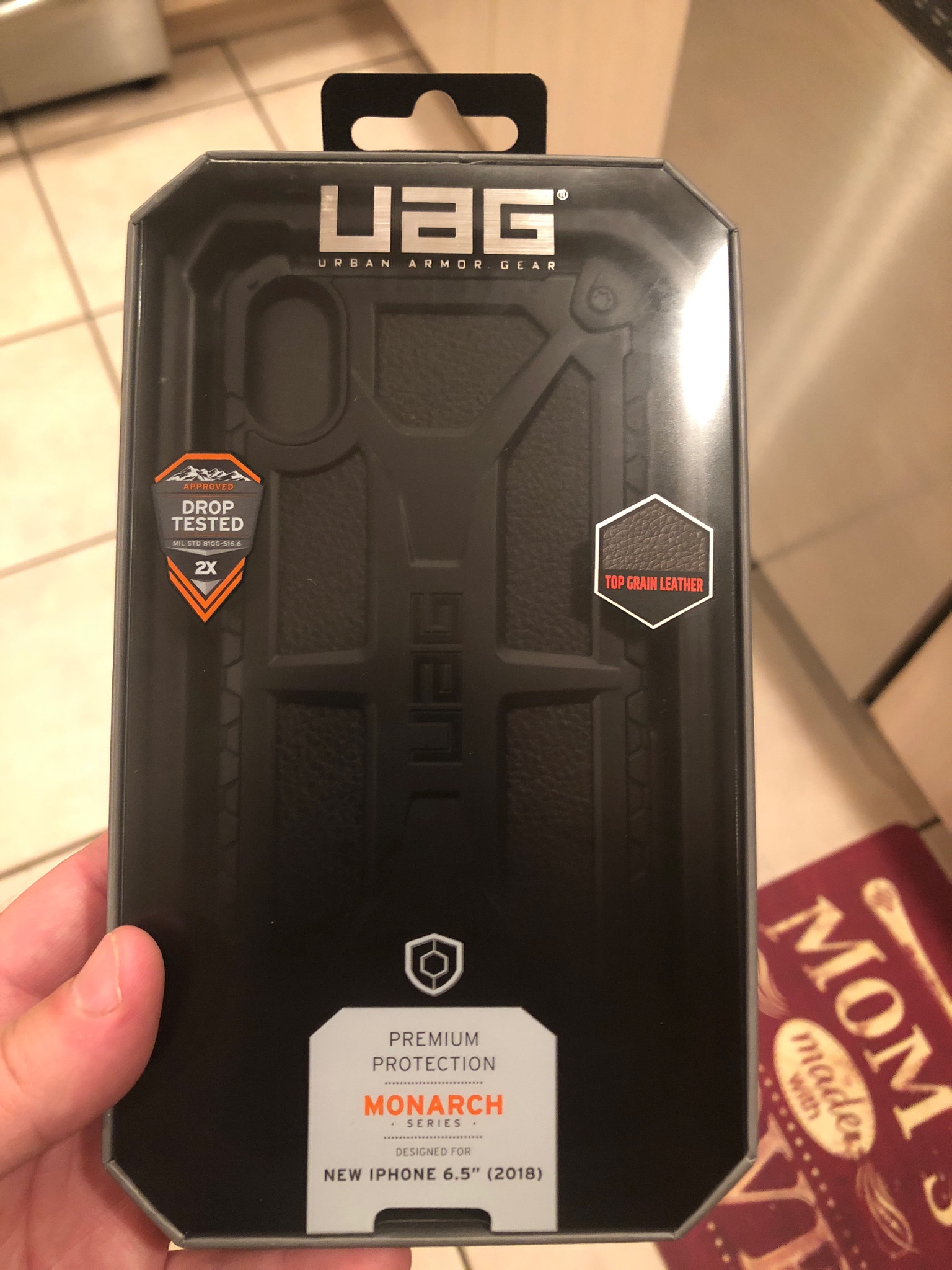 I’m glad they make a case for everyone. Me, I could never use something like that.
Reactions: Daremo, Mr.C, regkilla and 3 others
R

Caudabe Sheath. Got mine today and it should arrive on Monday. Best case I’ve used in the past few years.
M

gsmornot said:
I’m glad they make a case for everyone. Me, I could never use something like that.
Click to expand...

I’m still debating on going caseless on my XS Max. I have AppleCare+ with the IUP. I’n very carefull with all my phones. Rocked my X without a case the last 10 months.

Whoever posted that deal on the Caseology cases the other day, like 90% off with a code on Amazon. Thank you!
I had purchased a Spigen rugged armor case, which is ok. But had to jump on the Caseology Legion case (for $1.50...)

A little bigger than the Spigen, but I really like it.
Will it be the last case I buy for the Max? who knows.. I kinda want to see the Apple leather one in person though.

I never cared for Apple's leather case, but I am pretty hard on them and they start looking weathered quickly. However, I did get the Blue Horizon Silicon and I really like this case a lot. It's more grippy than the leather and that blue is just great.

That forest green leather case that Apple has it really nice looking too.
G

I find the Apple Leather Cases always very slippery.
It takes weeks before you get any form of grip.

I like my cases to have good grip from day 1
Reactions: OTACORB