Following some leadership changes that Google has implemented, Tony Fadell, creator of the Nest thermostat and "iPod Father," will oversee Google's Glass division, reports The Wall Street Journal. Google is planning on splitting out Glass, its wearable headset computer, from the Google X research lab into its own unit, led by Ivy Ross, who will report to Tony Fadell. Fadell will be in charge of Glass, and will provide "strategic guidance" on the product.

Largely seen as a failure at this point, Google Glass failed to drum up enough developer interest to truly establish itself in the wearable market and Google has continually pushed back the product's mass market release. 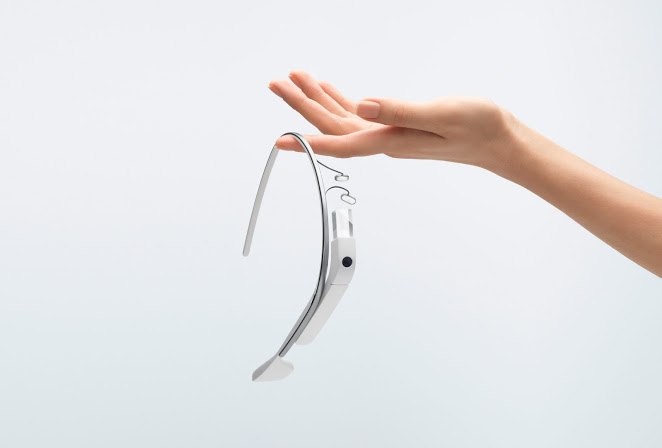 Google has opted to cease selling Glass to consumers through the Explorer program, but the company will continue to sell the product to companies and developers. In November, Glass Head of Business Operations Chris O'Neill said the company remained "completely energized and as energized as ever" about Glass and that Google remained "committed as ever" to an eventual consumer launch.

According to The Wall Street Journal, Google still has plans to release a new version of Glass in 2015, but details on the upcoming product and its potential launch date are unclear. With the shift, it appears that Google is shying away from public testing in favor of internal testing, a strategy used by Apple.

Under Tony Fadell, Glass could see some significant changes. In addition to creating the Nest thermostat, which was acquired by Google in early 2014, Fadell has been credited as one of the original creators of the iPod. Widely known as the "iPod Father," Fadell was the SVP of Apple's iPod division from 2006 to 2008 and helped to produce early versions of the popular music player.

Look for a great design coming out of this. Apple was a fool for not acquiring Nest.
F

Most would not go for a product that labels them an instant douche.
N

Glass has a huge market amongst pervs and hipsters.

For as enormous as its potential is, we're going to need a considerably more modernized world to live in before this becomes useful and appealing on a mass scale. This is a bit cart before horse.
H

Glass can be magnificent when the technology is ready, i.e. when it doesn't look like a hideous bolt on to a pair of spectacles.

I'm still shocked that apple dropped the ball and failed to snag Nest when they had the chance.

I think with Fadell heading up google glass, it can only improve things.
A

Can we please stop calling him iPod Father

Agreed. Letting Google acquire Nest was a strategic mistake that'll have long term repercussions. Nest could've been the centre hub for HomeKit. I understand that Apple doesn't want to grow to having a large product matrix but they could've kept Nest running as an independent company making homekit devices.

Google not only got the product, they got Fadell.
M

Okay. How about The Podfather?

And what is happening with Nest? It seems stuck. So many possibilities for the smart home... Security, video doorbells & so on... I hate these half baked products (like Wink, judging from reviews) currently available. I'd like Tony to concentrate and create some really high quality, reliable doorbell, for example.
Last edited: Jan 15, 2015
H

I have two Nests:
- They look beautiful
- The packaging, documentation and customer service are excellent
- They should just work, but technically they're not that smart (there are better ways to detect if someone's home than having a centralised sensor, the auto-learning made some very counter-intuitive changes, ...)
- The firmware and app have several bugs
- They're missing some very obvious features (like warning you in case of a problem)

That makes them a perfect match for Apple

That said, their ecosystem is growing very fast, and it offers amazing opportunities for Google.

Not sure why folks are criticizing Apple for not acquiring Nest? Fadell was not needed and there are plenty of creative minds still at Apple that can produce new and amazing products.

Fadell on the other hand is about to get marginalized at Google and has been stuck in a dead end position. Basically, they now put him in charge of a failed product that he did not create and gave him a task to revive it. That's a pretty tough task and he could be made to be the fall guy when he fails to deliver.

Someone like Fadell needs to have complete creative freedom to come up with something new and unique. That is where he excels.

Google soon to announce google glass with a click wheel.

Black Magic said:
Not sure why folks are criticizing Apple for not acquiring Nest? Fadell was not needed and there are plenty of creative minds still at Apple that can produce new and amazing products.
Click to expand...

Because imo, the Nest product line is a natural fit for Apple. Now they have a great engineer, great products and can only strengthen their home products where as Apple doesn't have any
R

ipedro said:
Agreed. Letting Google acquire Nest was a strategic mistake that'll have long term repercussions. Nest could've been the centre hub for HomeKit. I understand that Apple doesn't want to grow to having a large product matrix but they could've kept Nest running as an independent company making homekit devices.

Google not only got the product, they got Fadell.
Click to expand...

Hmmm i'd like to see how they will fit a click wheel or temperature dial on those glasses.

Like it or not, these types of wearables are right around the corner and unless Apple lets other manufactures use iOS as the operating system all these wearables will run android.

Fadell is perfect for this position. His middle name is Locutus.

Damnit, you beat me to it.

Seriously, everything this guy ever does involves wheels as the main input.

Wasn't he the guy who made the rotary iPhone that Steve Jobs mocked on stage when unveiling the actual iPhone?

Google Glass...now, you can change your thermostat hands free while driving.

I saw a guy wearing GG in NYC....looked like a complete tool with it. The idea may work in certain environments (medical, scientific), but I don't want people driving down the road wearing GG...texting is bad enough.

Regarding the Nest, I have yet to talk to anyone who loves it...they tell me it's OK and doesn't always work that well. I'll keep my programmable. Works fine.

Crosscreek said:
Look for a great design coming out of this. Apple was a fool for not acquiring Nest.
Click to expand...

KdParker said:
Like it or not, these types of wearables are right around the corner and unless Apple lets other manufactures use iOS as the operating system all these wearables will run android.
Click to expand...

You seem to be unaware of the fact that Glass has been around for a few years and nobody cares. I knew a grand total of one person with a pair, and that was amoungst everyone in CE or CS at my university last year.
You must log in or register to reply here.
Share:
Facebook Twitter Reddit Email Share Link
Register on MacRumors! This sidebar will go away, and you'll see fewer ads.
Sign Up
Top Bottom