Japan Preparing to Regulate Big Tech in Collaboration with U.S. and Europe

Japan has followed the United States, Australia, and numerous countries around the world in preparing to heavily regulate big tech companies, including Apple, due to antitrust disputes and fears about market control (via Reuters). 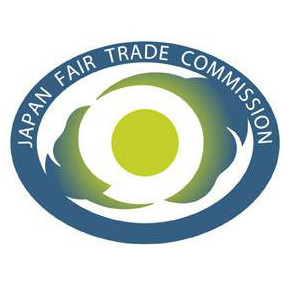 "If the size of any merger or business-tie up is big, we can launch an anti-monopoly investigation into the buyer's process of acquiring a start-up," Furuya told Reuters. "We're closely watching developments including in Europe."
Click to expand...

Furuya expressed the need for global coordination when regulating large technology companies, particularly since they tend to have similar business practices across the globe.

We'll work closely with our U.S. and European counterparts, and respond if to any moves that hamper competition.
Click to expand...

If digital platform providers are found to be abusing their dominant market positions against the interests of consumers, the FTC says that it is ready to act decisively with probes that will "push through aggressively." The FTC will also investigate the Japanese smartphone market and determine if there can be improvements made to encourage competition.

Major antitrust inquiries have now been undertaken in the United States, the European Union, Italy, Australia, Russia, and South Korea.

In particular, the European Union is preparing forceful regulations for big tech, including compiling a "hit-list" of companies and a wide-reaching Digital Services Act that could ban tech companies from pre-installing apps and force them to share data with their competitors.

This trend is going to continue across the entire globe, and I fear the result will be government control of the technology so integral to our lives.
Reactions: planteater, R88D, Kengineer and 7 others

how about you regulate the killing of whales and dolphins instead

Europe isn't a country
Reactions: 4487549, JKAussieSkater, Salaryman Ryan and 8 others

This can only end badly. Governments over regulating things to the point of suffocation. It does seem inevitable at this point sadly, so my only hope is that they bring in technology experts to help with the reign of terror on their “hit list” instead of the geniuses in the EU that have been going at it so far.
Reactions: true god, ackmondual, techfirth and 12 others
G

Remember when Microsoft was under intense scrutiny (large fines) from the European Union over Internet Explorer exclusivity. Apple's success with the App Store is drawing similar scrutiny. So I suspect Apple will probably (eventually) make changes to their App Store policies.
Reactions: decypher44 and Agit21
G

calzon65 said:
Remember when Microsoft was under intense scrutiny (large fines) from the European Union over Internet Explorer exclusivity. Apple's success with the App Store is drawing similar scrutiny. So I suspect Apple will probably (eventually) make changes to their App Store policies.
Click to expand...

Apple has already made changes.

Apple is reaping what it has sown. I will never forgive Apple for their bullying of the makers of HEY and WordPress.
[automerge]1603119481[/automerge]

ghanwani said:
Apple has already made changes.
Click to expand...

Thanks to the recent hearings they are doing that. Scrutiny does that.
Reactions: JKAussieSkater, sinoka56, freedomlinux and 21 others
G

q64ceo said:
Thanks to the recent hearings they are doing that. Scrutiny does that.
Click to expand...

That’s much more than any of the other guys.
Reactions: sinoka56, R88D, Shirasaki and 2 others

Corrupted nation Japan can do whatever they want. They even deny world war II invasion and existences of sex slaves during the war.
Reactions: carondesign, chris1958, sinoka56 and 9 others

realeric said:
Corrupted nation Japan can do whatever they want. They even deny world war II invasion and existences of sex slaves during the war.
Click to expand...

What a weird thing to bring up in a thread about tech regulation.
Reactions: Cole Slaw, carondesign, ericwn and 20 others

ghanwani said:
Apple has already made changes.
Click to expand...

They still bundle Safari with Mac OS. It should be a separate app! ?
Reactions: GeoStructural, ArtOfWarfare and 4487549
S

ah but then the app they bundle to download other apps is a monopoly!!!! Eventually it'll be "they control their business"

I just find it amusing that these governments allow mergers and buy outs (like Facebook acquiring Instagram and WhatsApp) and then act like the surprised pikachu meme when it has the negatives consequences that everyone warned them about.
Reactions: throttlemeister, MartyvH, amartinez1660 and 13 others

boss.king said:
What a weird thing to bring up in a thread about tech regulation.
Click to expand...

The Post shouldn't even exist. It's a crapfest, not a newspaper.

Exactly, I don’t want anyone being censored. If “BigTech” was censoring and suppressing the “other” side, they would be outraged.
[automerge]1603120648[/automerge]

bousozoku said:
The Post shouldn't even exist. It's a crapfest, not a newspaper.

None of this appeared anywhere in your first post. Futhermore, bad international relations between the two countries still doesn't fall into the scope of tech regulations on private companies.
Reactions: JKAussieSkater, sideshowuniqueuser, R88D and 3 others

bousozoku said:
The Post shouldn't even exist. It's a crapfest, not a newspaper.

That is not what is up for debate. They have a right to be a crapfest. Twitter is in the wrong for the censorship.
Reactions: carondesign, sideshowuniqueuser, R88D and 8 others

This is a good thing.

When companies become so monopolized that they stifle innovation, expression, and the free exchange of ideas, that's the point where it is acceptable to endure the entry of government regulation into the arena.

To be honest, the tipping point occurred for me the past few weeks. Regardless of your leanings on US politics, when Twitter and Facebook felt they had the right to censor the free exchange of information by one of the most largely circulated newspapers in the country, and do so with impunity, they pierced the veil of protection provided by Section 230.

They decided they were the editor, and not simply a re publisher of third party content.

These platforms that were once considered de facto monopolies are now prima facia monopolies with agenda driving filtering of content no different than other mass media like radio and TV, and quite simply should be regulated in the same fashion.

As far as Amazon, Apple, and Google? IMHO they're a different animal from the above listed social media platforms. Amazon, like Apple will eventually get too big for it's britches and fall down. Even Jeff Bezos has said he expects some disruptive technology to come along and bankrupt Amazon some day. Some shark will come along and eat the pieces and leave the chum for the rest. It will continue to exist in some form, but not the form it does now.

Apple will have the same sort of "short pantsing" that MSFT did. They will have to agree to some fines and concessions on their app store and access to software platforms, but like MSFT will continue to be a mega company much as they are today.

Google, I don't know. It's just so huge with so many subsets. I don't know what happens to it. I just have to admit I'm at a loss on that one and move on.

But I DO believe we are beyond AT&T territory here. Beyond ALCOA. Beyond DuPont/GM.

Given the legal precedent, it's only a matter of time before the government takes action as they have in the past. And often, the results were positive. Particularly in the breakup of AT&T....
Reactions: carondesign, hatchettjack, amartinez1660 and 14 others

itsmilo said:
how about you regulate the killing of whales and dolphins instead
Click to expand...

Maybe the world needs regulate those big fishing trawlers the size of aircraft carriers that Japan uses to scoop up all the fish around the Pacific. The are floating fish processing factories...

I see nothing wrong with Apple Store policies. They protect us from rogue apps. I could care less that the app developers are unhappy with Apple's cut of their profits. I will gladly trade developer happiness for security against rogue apps. The developers are too whiny. Besides, without Apple, they would likely be making a lot less.
Reactions: Jgltno, mdriftmeyer, SurferPup and 3 others

Apple should pay $1 billion each time they block an app because of 'irrelevant' information ...
Reactions: JKAussieSkater and subi257
J

jayducharme said:
This trend is going to continue across the entire globe, and I fear the result will be government control of the technology so integral to our lives.
Click to expand...

If Big Tech didn’t keep trying to control what news people can get, who has a voice, etc people probably wouldn’t care. But maybe Japan and Germany don’t think the best world view for them is whatever 20-something year old Californian moderators think.
Reactions: JKAussieSkater, R88D, ackmondual and 1 other person
You must log in or register to reply here.
Share:
Facebook Twitter Reddit Email Share Link
Register on MacRumors! This sidebar will go away, and you'll see fewer ads.
Sign Up
Top Bottom