As Apple prepares to launch its upcoming iOS 15 operating system to millions of iPhone users this fall, the latest beta for the update has seemingly improved how users' iPhones take and process photos in certain lighting conditions. 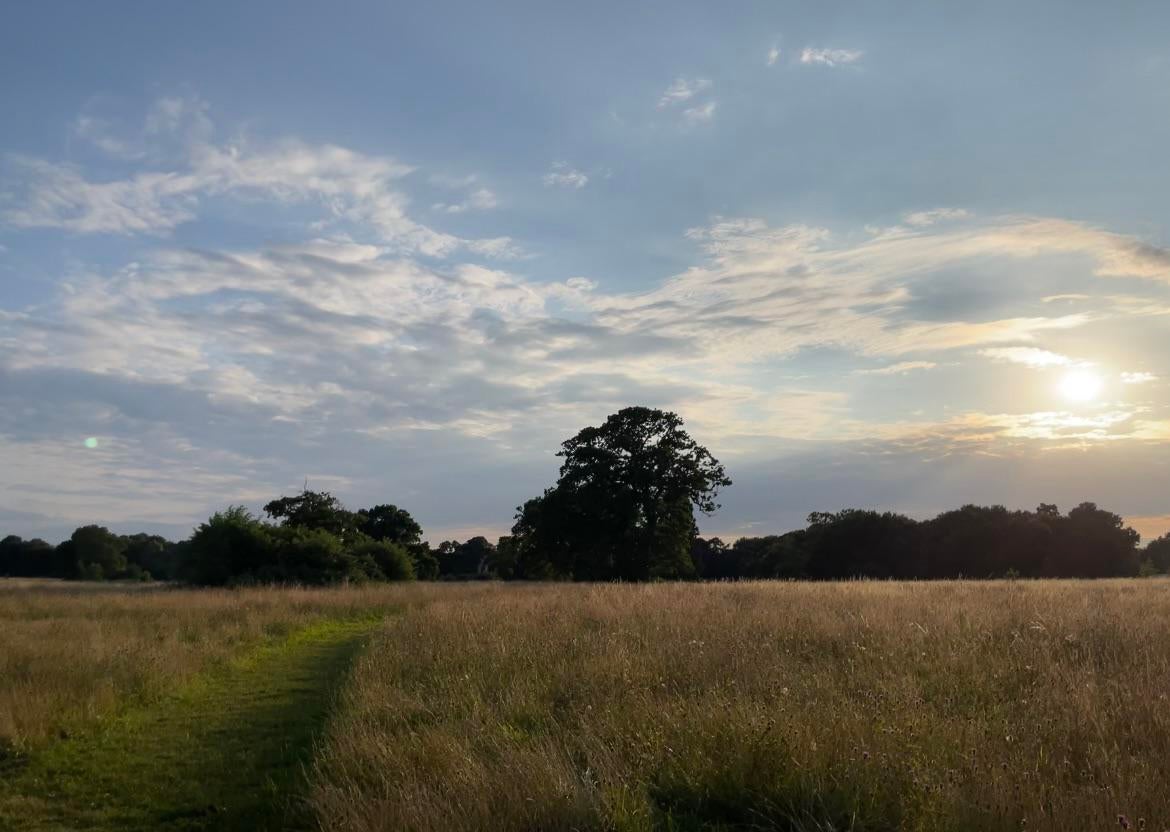 Image Credit: Reddit​
The camera hardware inside iPhones plays a significant role in the quality of photos that users can take with their devices, but another factor affecting image quality is the iPhone's on-device processing done by the Image Signal Processor, or ISP.

In the latest iOS 15 beta, Apple has possibly improved iPhone processing when users take photos in conditions where lens flare is sometimes an unwanted artifact. The change was first brought to light on Reddit and further publicized by the popular iPhone camera app Halide on Twitter.

Two side-by-side photos appear to show that Apple removes lens flare from photos during post-photo processing on the newest beta. The photo below shows the final still shot from a Live Photo without lens flare. 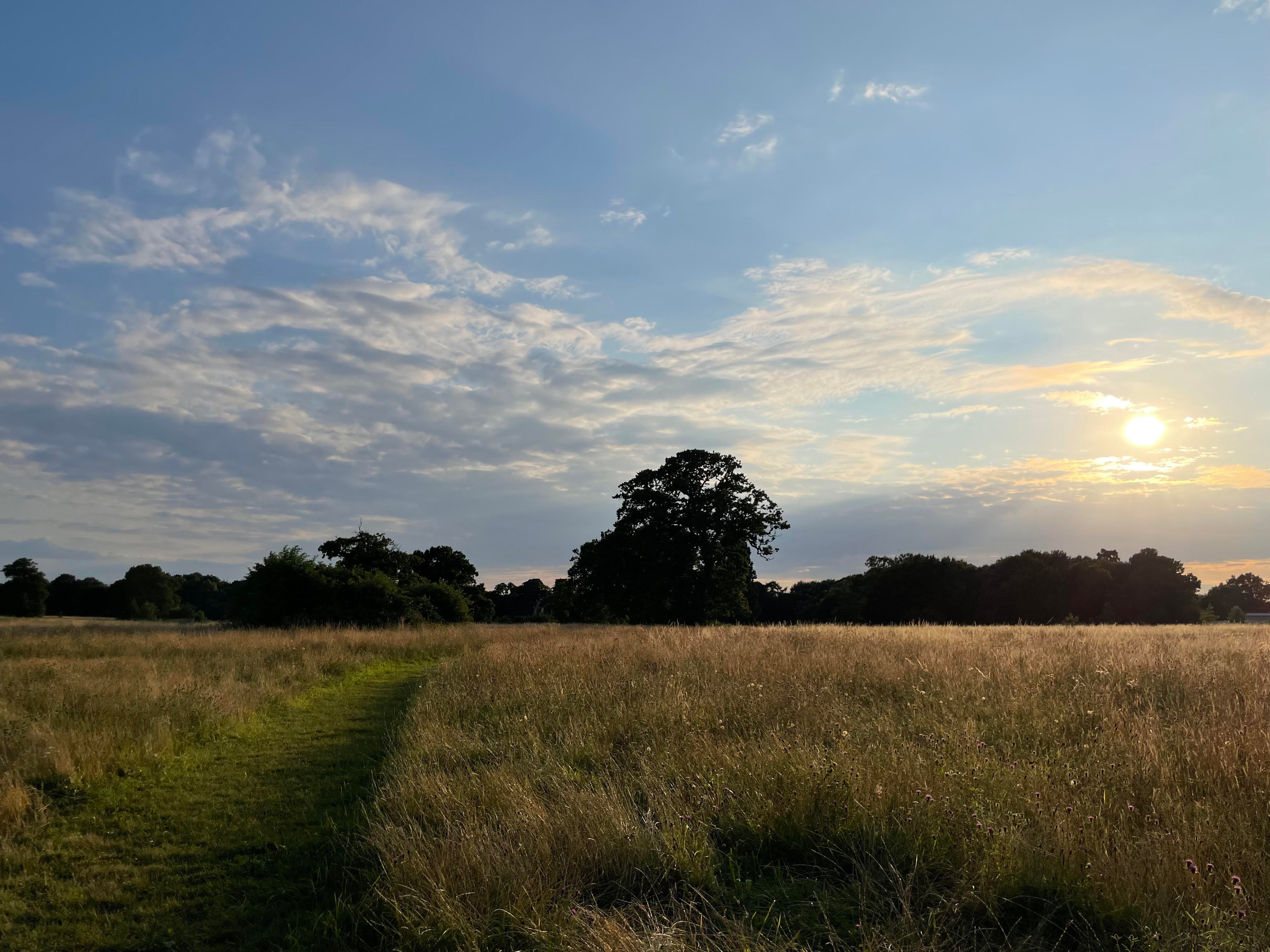 Same image as above, after iPhone processing​
This is not a change Apple has promoted or commented on, so it's not clear what exactly is going on. However, the latest beta could be improving the system that the iPhone uses to detect different indoor and outdoor scenes, and using that information to compensate and remove unwanted lens flare.

One Reddit user points out that they could see noticeable lens flare after taking a photo on their iPhone 12 Pro. When revisiting the image later on in the day, though, they noticed it had automatically been removed from the photo.

So I've noticed something that I haven't seen reported elsewhere; whilst out and about I took this photo and thought it was ruined/needing to be edited later due to the lens flare (as I've done numerous times in previous photos with the iPhone 12 Pro as it's so prone to lens flares). However, I got home and noticed the lens flare has automatically gone in the original photo despite it being obviously there still in the live photo, meaning the automatic post processing has gotten smart enough to remove lens flares now!
Click to expand...

iOS 15 is still in beta testing with developers and public beta testers and won't be available to all iPhone users until later this fall. Apple is also testing iPadOS 15, macOS Monterey, watchOS 8, and tvOS 15.

If true, then that’s flair enough!

Some of my pictures of the sun during the partial eclipse taken early june with beta 1 of iOS 15 shows that the lens flare had already been removed from the photo itself, but not for the live photo recording. Maybe this change is included in iOS 15 altogether, or it's been applied on all the photos since last beta 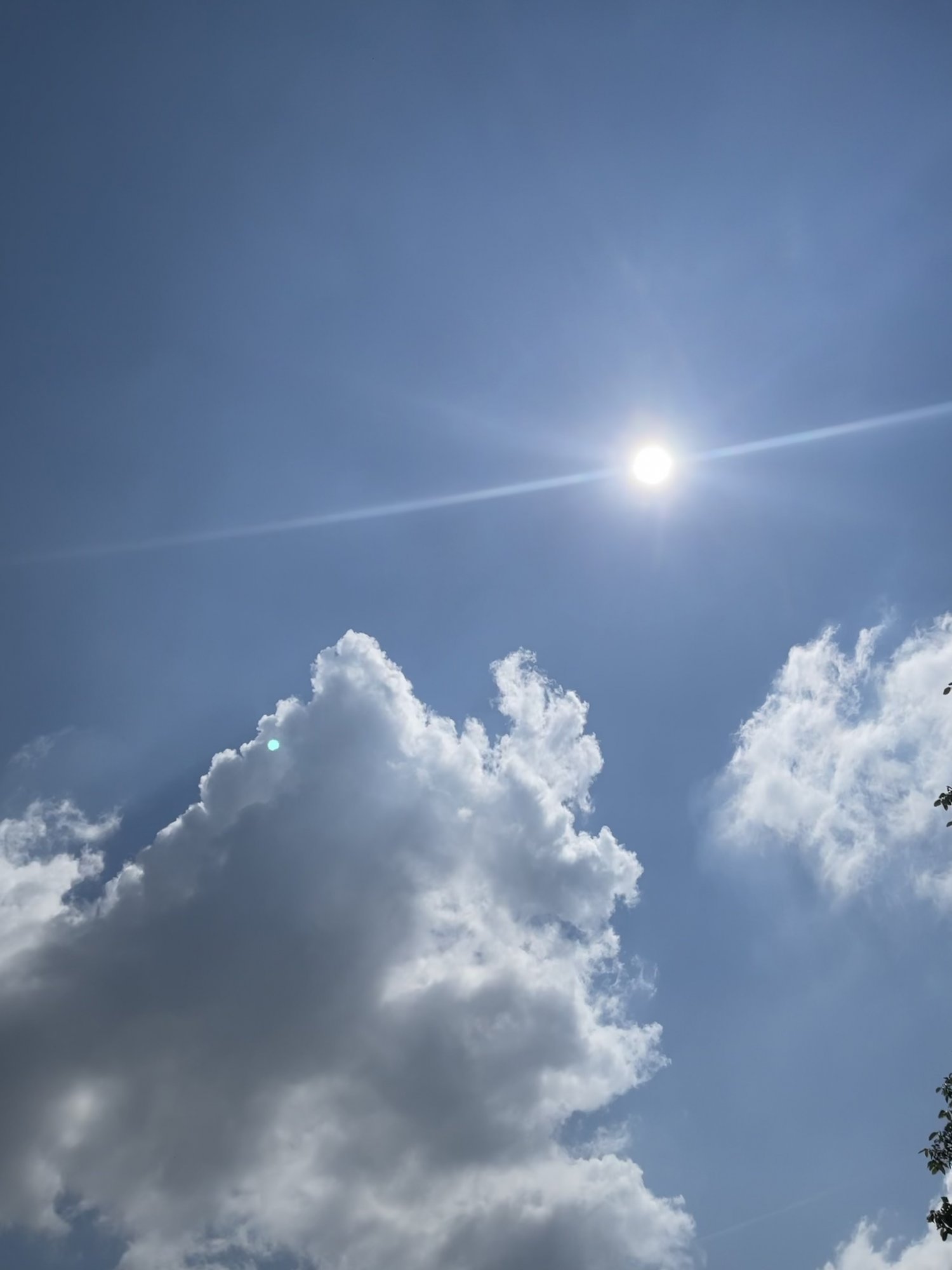 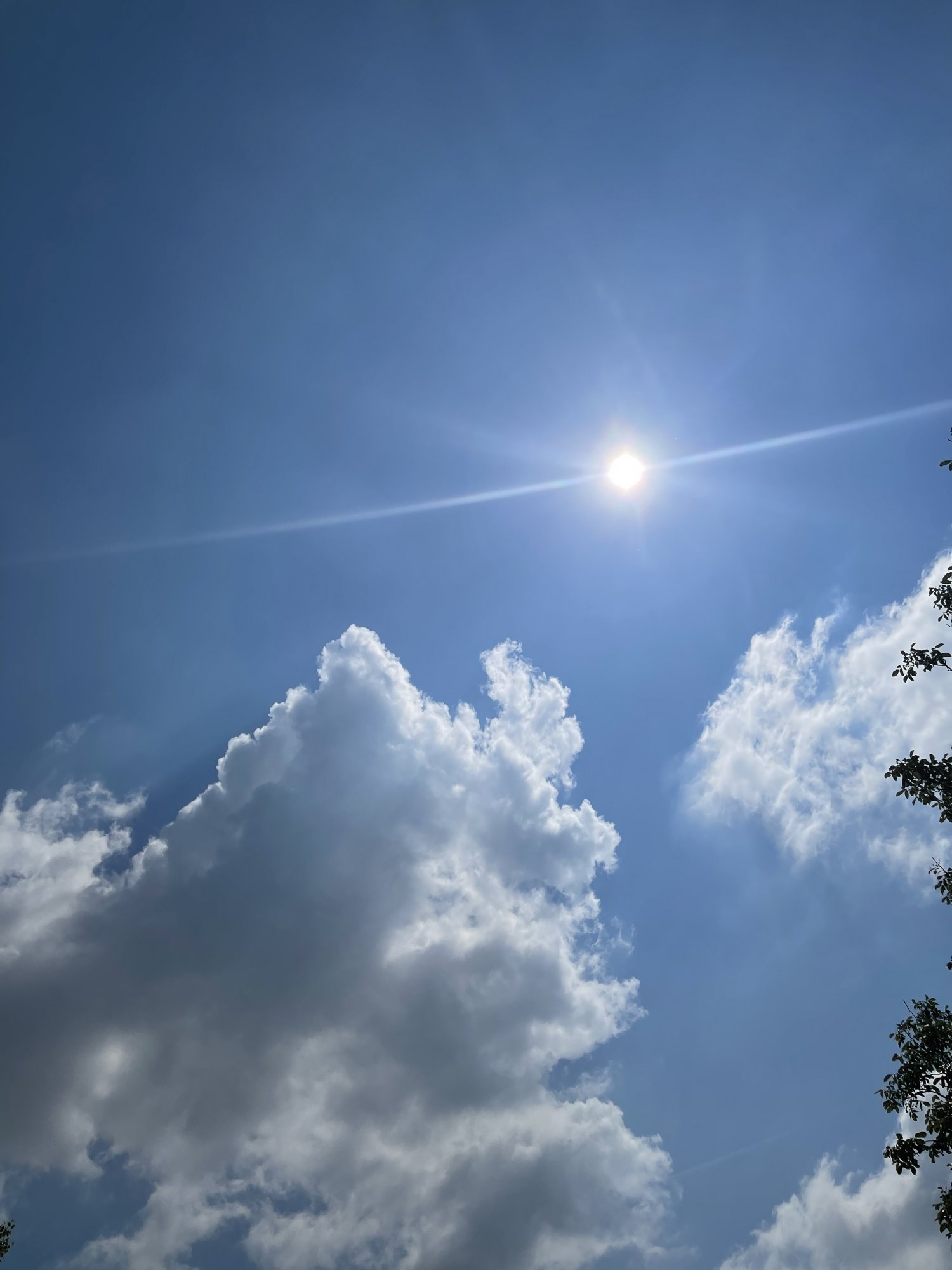 Big if true as night mode for street lamps is rather noticeable
Reactions: peanuts_of_pathos, Rocko99991, Premium1 and 1 other person

But what if you were going for a lens flare effect photo?
Reactions: r8to1, Desforado, peanuts_of_pathos and 15 others

JJ Abrams will be offended. What annoys me more are those green dots in darker settings
Reactions: peanuts_of_pathos, CarpalMac, KyberWolffe and 20 others

Use Photoshop plugin ?
Reactions: davidg4781, Premium1, KurtWilde and 2 others
K

Shouldn't deep fusion help with this since the flare wouldn't be consistent across various photos with different exposures?
Reactions: Sydde 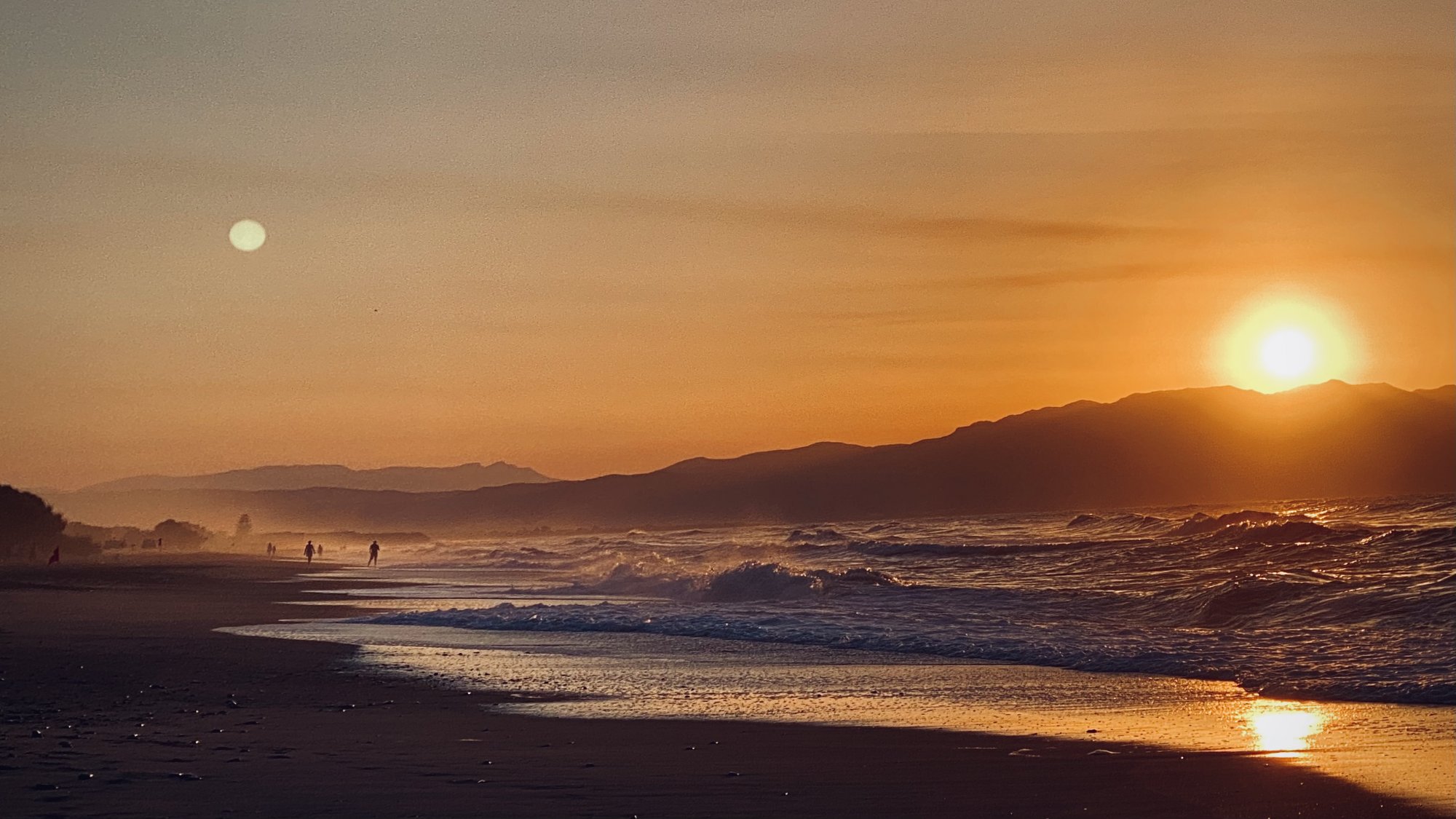 Reactions: synonys, mich8261, peanuts_of_pathos and 18 others

I wonder if this will help with the weird lens flare/reflection issues that I have with my 12 Pro Max.. full window shaped artifact in the attached photo.

Apple knows best. Can't have some photographer using their own talent and skill when composing and taking a shot.

jlc1978 said:
Apple knows best. Can't have some photographer using their own talent and skill when composing and taking a shot.
Click to expand...

Can't the photographer just use the ProRAW version of the photo to demonstrate their own talent?
Reactions: KurtWilde

Your sample actually shows it's kind of bad. It's distracting.
Reactions: TropN, CarpalMac, BugeyeSTI and 3 others

Shooting in raw on iphone 12 pro should circumvent that right?
Reactions: KeithBN

As long as it’s an option you can turn off, great, but I wouldn’t want Apple just guessing what I was trying to do when taking a photo with no choice but to accept what they decide. But then I guess there’s other camera apps too.
Reactions: peanuts_of_pathos, ohio.emt, flur and 1 other person

jlc1978 said:
Apple knows best. Can't have some photographer using their own talent and skill when composing and taking a shot.
Click to expand...

The RAW image will still have that data for the photographers you're worried about.

Apple always has focused on the general consumer. This change is great for 99.9% of their hundreds of millions of users. For the 0.1% of photographers that really want their own skill to come through, they can use the RAW image. Or they can always shoot on their far better dSLR
Reactions: KeithBN, SantaFeNM, zombitronic and 3 others

Macintosh IIvx said:
want their own skill to come through
Click to expand...

Len flare is actually not a skill in photography ? In fact, the mission to get rid of Len flare, or reduce it, starts with lens itself. The more modern the lens is, the more expensive it is, the less flare you'll get.
Reactions: KeithBN, TheDailyApple, Luke MacWalker and 1 other person
J

N1noodle said:
Shooting in raw on iphone 12 pro should circumvent that right?
Click to expand...

Now you gotta buy the expensive one to get lens flares lol.
Anyways, proraw pics are minimum 25MB. Making you waste 10x times the size of a normal picture just because apple doesn't lets you disable AI correction sounds infuriating
Reactions: peanuts_of_pathos and TVreporter
I

Then you have the knowledge of editing the raw photo!
Reactions: KeithBN and N1noodle
G

You'd might be surprised how many camera quality calls this drives to support.
A

J.J. Abrams is gonna be pissed
Reactions: KeithBN, philosoraptor1, sydneysider88 and 4 others

In most cases, if there's lens flare in my photos, it's because I want it there.
Reactions: jlc1978

J.J, we've figured out how to get lens flare back. How much do you want?

Nah JJ only wants anamorphic lens flare so this lets him take out the normal flare and add his own
Reactions: peanuts_of_pathos
M

Whats wrong with lens flares? This is exactly how my eyes see the reality when looking at the sun. Should I visit a doctor? Since pandemic I am observing nature and sun through youtube.
Reactions: Morgenland
You must log in or register to reply here.
Share:
Facebook Twitter Reddit Email Share Link
Register on MacRumors! This sidebar will go away, and you'll see fewer ads.
Sign Up
Top Bottom