Lee Pace and Jared Harris have scored lead roles in Apple's upcoming "Foundation" series that's based on the classic Isaac Asimov novel of the same name, reports The Hollywood Reporter. 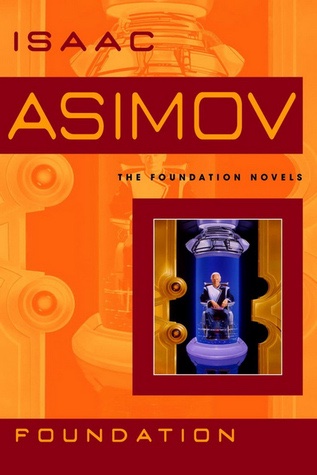 Pace is known for his roles in "Pushing Daisies" and "Halt and Catch Fire," along with his work in "The Hobbit" movies. Harris is known for "Chernobyl," "Carnival Row," "The Crown," "The Expanse," and "Mad Men," among other TV shows and movies.

Asimov's "Foundation" series follows a psychohistory expert and mathematician Hari Seldon who is able to predict the future. Seldon creates a group called the Foundation to preserve humanity's collective knowledge ahead of the impending fall of the Galactic Empire.

There are multiple novels in the "Foundation" series that span many years and cover the rise and fall of multiple empires. Harris will be playing Hari Seldon, the mathematical genius, while Pace will play Brother Day, the Emperor of the Galaxy.

Apple TV+ is set to launch on November 1, but as "Foundation" is still in the casting stages, it will be some time before it premieres. The service will launch with titles like "The Morning Show," "See," "For All Mankind," and "Dickinson."

Apple is charging $4.99 per month for Apple TV+, but customers who purchase an iPhone, iPad, Apple TV, or Mac can get a free year of service. Each $4.99 subscription fee allows up to six family members to watch.

💤 I haven't seen anything of interest in any of Apple's TV efforts. I don't think I am their target market.

If I buy an iPhone can I have a discount if I don't want Apple TV+ bundled with it?
Reactions: omglolbbq, okeribok, ouimetnick and 6 others

Sounds good. I love both actors and I love the book series.
Reactions: Burningtime, ErikGrim, TomaxXamot and 6 others
T

I changed careers from TV post to software engineering, but the news just follows me.
I dig that it's Apple related, but it's not Apple. You know? Are there going to be casting updates for all Apple TV shows, when the catalog expands to a huge number of things? Can you at least post the LAcasting notices so some of us can go on auditions?
Reactions: jjhny, schneeland, okeribok and 8 others

This is really the only thing of interest to me that's coming to the new service (so far) and as the story relates its a long way from realization.
Reactions: CordovaLark

Pace was also in that little movie Guardians of the Galaxy.
Reactions: smaffei and miniyou64

Ho hum. No Brother Day in the books, AFAIR: Seldon is the only character that appears throughout a series that spans a millenium or so.
Reactions: rgomez

Anything Issac Asimov is gonna be awesome unless it stars Will Smith. With Apple's budget, this will look awesome.
Reactions: jjhny, centauratlas and gridlocked

Amazing source material, two outstanding acting talents. Seems like a win, and with Apple's funding, there won't be any "technical limitations". A __touch__ underwhelmed at having just David Goyer at the helm, but I'm sure he'll have some excellent supporting talent.
Reactions: extrachrispy, Burningtime, ErikGrim and 2 others

Hmm, hopefully it comes out before my free year ends.
Reactions: gridlocked

Pace also attempted to destroy the planet Xandar with an Infinity Stone.

For a second, I thought that was Christian Bale and Louis CK.
C

So excited about this. I have followed to see who would adapt this over the years and was hoping that HBO would get the nods, but looks like Apple won the licensing perhaps. Crossing fingers they take their time and pace and be true to the books.
Reactions: gridlocked, __jayII__ and BlueParadox
F

I could be tempted. I grew up reading The Foundation Series too many years ago now.
Reactions: centauratlas and gridlocked
T

That casting borders on irresponsible.

Nobody in any Asimov book called "Brother Day". No idea where you got that from. Cleon, Dagobert, Agis... Daluben IV was Emperor at the time of the Seldon trial.

Pace and Harris?
We are off to a good start.
Reactions: ErikGrim

So it hasn't even begun filming and apple tv + is being released soon. Great job Tim.
G

So, based on that summary, it's actually gonna be based on Prelude and Forward the Foundation, not... Foundation. Still good books, but that legitimately bums me out.
Reactions: PinkyMacGodess and qgadrian
J

Asimov's "Foundation" series follows a psychohistory expert and mathematician Hari Seldon who is able to predict the future.
Click to expand...

I don't like this wording, he doesn't predict the future. He uses mathematical probability based on historical events to determine within a degree a certainty how future humans will behave en masse. ie he knows what a society will do based on probability, but not what an individual will do.
Reactions: extrachrispy, PinkyMacGodess, qgadrian and 4 others

Here's a tip: for a multitude of unavoidable reasons, books are always butchered by movies based on them. You sit down and read a trilogy? How many hours does that take you over how many months? How dense is the plot? The scenes described in the book take place in your brain, versus having to be actually built out of models and cement and digital inserts. How much was the Game of Thrones set? How much did the book spend? $0. Visual stories must have less detail. Must be condensed. You can flesh it out more over a multi-year series, but what if you start one and it's a bomb? So some people advise you to read the book before the show. I don't. They're both art forms, but the original doesn't get to decide how the second one is made.

triangletechie said:
Pace was also in that little movie Guardians of the Galaxy.
Click to expand...

Joey2250 said:
I don't like this wording, he doesn't predict the future. He uses mathematical probability based on historical events to determine within a degree a certainty how future humans will behave en masse. ie he knows what a society will do based on probability, but not what an individual will do.
Click to expand...

“Predict the future” doesn’t mean “predict what individuals will do.”

If we are going to pick on the wording, and I don’t want to spoil anything for anyone, how about the idea that the series is about Seldon?