Logitech today announced the launch of the Logitech Folio Touch, a new keyboard case with trackpad designed for the 11-inch iPad Pro models released in 2018 and 2020. 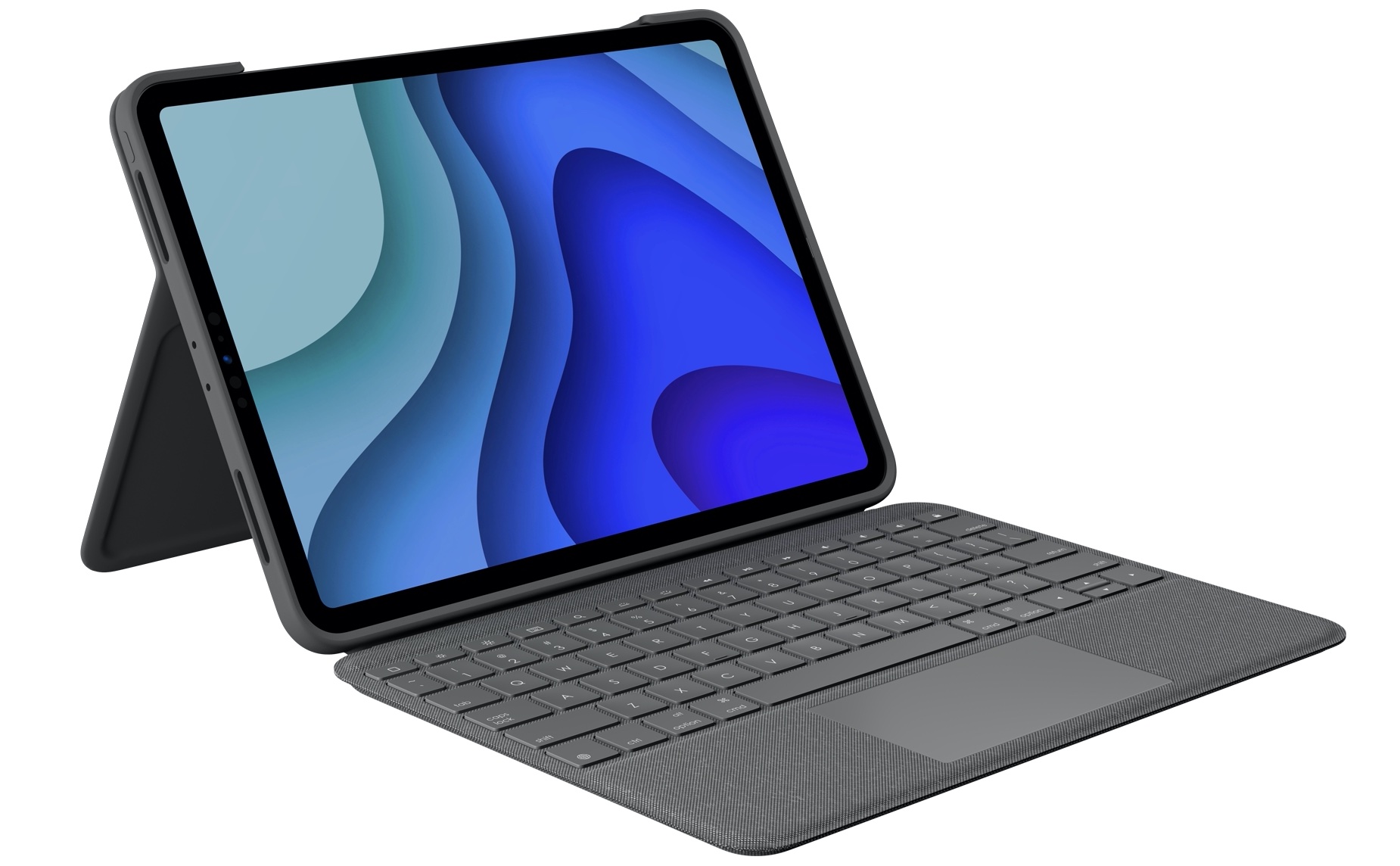 Similar in design to the Combo Touch, the Folio Touch features a case that wraps around the iPad along with a laptop-like keyboard with a built-in trackpad that works with the iPad Pro's trackpad support. There's also an adjustable kickstand to allow for greater positioning flexibility, an Apple Pencil holder, and four use modes that include typing, viewing, sketching, and reading.

Logitech's Folio Touch will be available starting in July 2020 for $160 from the Logitech website or from Apple's online store.

This almost makes me want to sell the magic keyboard.
Reactions: motulist, abrantes09, amartinez1660 and 20 others
A

So........ Absolutely no mention of the larger iPad model? I just bought their keyboard literally yesterday lol. If this one is coming out for the larger iPad in a month or two, I'll return this one asap. this is the keyboard apple should have made.
Reactions: mjbushell, adb1973, YaUr04 and 10 others

Interesting, but I think I prefer the Magic Keyboard.
Reactions: StyxMaker, alecgold, Apple_Robert and 5 others
L

I like it! Nice work Logitech. If the keyboard can bend behind for "tablet mode" it's damn near perfect. (But I can't tell because the Logitech link in the story is dead )

The Magic Keyboard is more of a dock. This looks portable.
Reactions: motulist, amartinez1660, YaUr04 and 4 others
D

Nice. Quite like a Microsoft surface but for a better machine!
Reactions: philosoraptor1, motulist, YaUr04 and 4 others

LawJolla said:
I like it! Nice work Logitech. If the keyboard can bend behind for "tablet mode" it's damn near perfect. (But I can't tell because the Logitech link in the story is dead )

The Magic Keyboard is more of a dock. This looks portable.
Click to expand...

"the keyboard can be folded back behind the iPad Pro, a feature not available with Apple's own Magic Keyboard."

Either way, love the look of this but I still love my MK and the extra USB C port
Reactions: StyxMaker, philosoraptor1, amartinez1660 and 3 others

This does look smart. Obviously not as easy to remove the iPad like the magic keyboard but this does offer protection.
Reactions: amartinez1660, YaUr04 and Moyapilot
K

IMO this is the keyboard Apple should've made.. but then it would cost twice as much, so everything's fine
Reactions: Amit Asthana, SoN1NjA, YaUr04 and 13 others

Finally! Makes it affordable and protects the iPad as well. Something that’s bugging me on these iPad Keyboards, why does the manufacturers drop the “Esc” key?
Reactions: motulist, amartinez1660, 2181 others and 4 others

Have the very similar combo touch. The keyboard is ok, not great but sufficient.
Reactions: YaUr04

Mr. Awesome said:
Interesting, but I think I prefer the Magic Keyboard.
Click to expand...

Sure but that's $300 and this is $160 so that's not terribly a surprise. I think it's great Logitech is providing cheaper alternatives.


tharitm said:
Finally! Makes it affordable and protects the iPad as well. Something that’s bugging me on these iPad Keyboards, why does the manufacturers drop the “Esc” key?
Click to expand...

I imagine it doesn't have as much use in iPadOS as with MacOS, and swapping it with a home button is much more functional.
Last edited: Jul 16, 2020
Reactions: amartinez1660 and YaUr04

The magic keyboard and this keyboard both have trade-offs. I like the stand for when the keyboard is out, but the footprint is a lot larger with the keyboard in place. I also wonder how stable this setup will be on a lap. The stand and cover will also make an already-heavy iPad even heavier for holding one handed and drawing with the other. It is less expensive though.
Reactions: YaUr04 and tbayrgs

Looks ace, and it doesn't take the p**s with prices.
Reactions: motulist and SoN1NjA

Interesting, but too much weight (650g) for a case with keyboard. I’m fine using my Smart Keyboard Folio even if I have to use an external mouse or trackpad. The thinness of Apple’s Smart Keyboard Folio is key for my use, as well as the ease to detach the iPad and use it without the keyboard.
Reactions: YaBoiD, wmadan, philosoraptor1 and 1 other person
D

furbzv1 said:
This almost makes me want to sell the magic keyboard.
Click to expand...

why? That thing looks ugly as hell...
Reactions: YaUr04

More angles, function keys, not having to take it off for tablet mode. Sold!
Reactions: Premium1, motulist, SoN1NjA and 2 others

They had an amazing folio case for the original iPad Air. It could be angled so easily and would stay firm. They don't make it anymore for newer iPads without it having a keyboard. Sucks.
E

If the Apple one looks so great why are people putting skins on it?
Reactions: Premium1, motulist, YaUr04 and 5 others
K

Impatiently waiting for 12.9” model...
Reactions: adb1973, JacobJu, michaelnugent and 2 others

The combo and the fact that it protects the iPad is enough for me.
Reactions: femike, YaUr04 and ThaRuler

tripleburst said:
More angles, function keys, not having to take it off for tablet mode. Sold!
Click to expand...

Not picking sides on either or them, I think the both have their pros and cons, but I'd much rather just pull the ipad off for tablet mode then have the extra bulk and weight and feel all he keys behind my tablet.

My main concern would be which is more stable on my lap sitting on a couch or lying in bed.