I'm looking to purchase a pair of headphones mainly for listening to music on my Mac and iPhone at home.

I've narrowed my choices down to the following:

I haven't heard either of these headphones yet (and I doubt I'll be able to try the Sennheiser before purchasing) so I was wondering what you guys would recommend?

My music taste is pretty eclectic but mainly acoustic.

Price wise, they are about the same. Which one to go for?

My music taste is pretty eclectic but mainly acoustic.
Price wise, they are about the same. Which one to go for?
Click to expand...

However you asked something different - I would pick the Sennheiser HD558.
The Bose - while they sound okay - are at best average sounding - and have a hyped sound all the way around that I find fatiquing to listen to for any length of time.

However you asked something different - I would pick the Sennheiser HD558.
The Bose - while they sound okay - are at best average sounding - and have a hyped sound all the way around that I find fatiquing to listen to for any length of time.
Click to expand...

Unfortunately the AKG K 701 are out of my price range!

Can I ask - what do you mean that you find the Bose sound fatiguing?
M

Of those two brands, I'd take Sennheiser over Bose any day of the week. I'm not familiar with those particular models, though. In any case, audiophiles will laugh at you if you buy anything from Bose.

EDIT: I've done a bit of Googling around, and apparently the Sennheisers are quite neutral sounding (in other words, they sound accurate). Whether this is what you want or not depends on personal preference, but it's probably a good thing if you're mainly listening to acoustic stuff.

Molecule said:
Of those two brands, I'd take Sennheiser over Bose any day of the week. I'm not familiar with those particular models, though. In any case, audiophiles will laugh at you if you buy anything from Bose.

EDIT: I've done a bit of Googling around, and apparently the Sennheisers are quite neutral sounding (in other words, they sound accurate). Whether this is what you want or not depends on personal preference, but it's probably a good thing if you're mainly listening to acoustic stuff.
Click to expand...

Thanks for your help. What do you use?

I use them and have over years in the business tried many others....They beat the lot.

If you only want to listen, rather than record and edit, then get the low end...(about £30.00 in the UK) if you want to get serious the 280's are wonderful, but come with a high price.

Mid-Range for you? browse the site and see why you think:

Shaun.P said:
Unfortunately the AKG K 701 are out of my price range! Can I ask - what do you mean that you find the Bose sound fatiguing?
Click to expand...

It means that over a hour or so your ears will feel tired and worn out from the sound.

The Senns won't do that - listening over a few hours you will feel the same as when your started.
M

Shaun.P said:
Thanks for your help. What do you use?
Click to expand...

Right now I'm not using anything too fancy; just a pair of AKG K99s plugged into my MacBook Pro. When I upgrade them (hopefully sooner rather than later) I'm looking at getting a pair of AKG Q701s and a nice amp, possibly a Burson Audio HA-160.

Bare in mind that when using quality headphones (or speakers for that matter) you'll need high-quality source material to get the most out of them. Even the highest end headphones can't compensate for a crappy source. With that in mind, you would be best advised to look at encoding your music in some kind of lossless format (FLAC, ALAC, WAV, etc.) or at least a very high bit-rate lossy format (320kbps+), if you haven't already.

I purchased the Bose AE2s about 2 months ago. Audiophiles may laugh, but I'm not an audiophile so I don't care!

I wear them on long trips (coach, train, planes etc) and my commute to lectures. I live on a major commuter route into the City and I see loads of people wearing the AE2s, QC3s and QC15s. They are incredibly comfortable and are quite good at blocking noise despite not having active noise cancellation. I looked at a few others, including a Sennheiser but not your model, and still picked the Bose.

I'm not a Bose fanboy, I dont own anything else by them, I'm just saying don't fall for the Bose hate!
I

Another vote for the Sennheisers. Although I own Bose IE2's, I don't do any critical listening on my iPod, they are a different animal from the two options you are choosing between.

Far away from liberals

I've had several headphones over the years including

My favorite by far are the BeyerDynamic 770 Pro's. They can be had for around $179 US. If you're not going to use a headphone amp, I'd recommend getting the 80 ohm version. 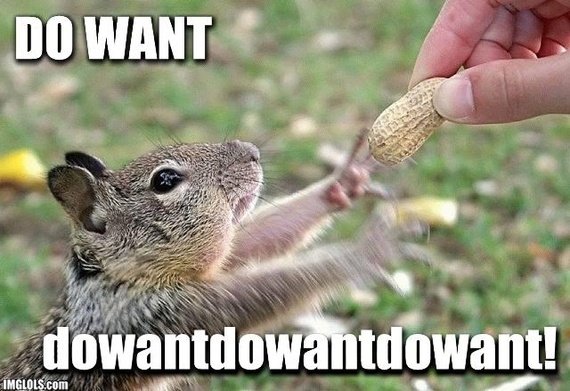 +1 on the Sennheisers - I've had both the HD280 and HD380 over the years and both are comfortable and incredibly clear-sounding.

Okay so I went onto Amazon and ordered the following:

I didn't like the idea of having to use the adapter for the Sennheisers.

They might arrive tomorrow (if not, Wednesday) so I'll let you guys know what one that I ultimately picked.

I just using the standard Apple headphones at the moment so thought the Bose IE2 would be a natural upgrade, however I think the AE2 will offer a superior sound and more "heavy duty" meaning I'll be more inclined to connect them to my MBP.

I'm by no means an audiophile - but I've spent a lot of money on my iTunes collection and it would be nice to bring that added dimension to my music.

I have the Harmon Kardon Soundsticks II (ordered 6 years ago this March) and absolutely love them. Hopefully these new headphones will deliver the same sound in a portable format.
P

While a lot of people dismiss Bose, almost everything I've heard of theirs has been at least okay. I had a sound dock and found it mediocre, but their wave stereo seems all right. Their headphones all sound okay on first listen and people seem to love their IEMs. I think people dismiss Bose for the same reason they dismiss Apple (favoring image and user experience over specs)--and likewise they have very high customer satisfaction accompanied by a lot of haters.

For anyone else reading this thread and undecided, I feel that the Sennheiser 5XX series is the best for the price if you're okay with an open headphone. The HD595 is wonderful, fast and plenty of articulate mid bass. Big and awkward with the 1/4'' plug, though, and bad for noisy areas. All the closed $100 monitors I've tried sound a bit flat and cooped up by comparison, though they're all pretty good. Haven't tried the DTD770 but would like to. The Grado SR60i/SR80i is very nice but not technically great, sounds detailed but isn't really. A good affordable choice if you don't mind something very open.

Okay so the headphones arrived today.

The Bose IE2 fit in my ears really well and are very comfortable. The bass is also good.

I'm a bit disappointed with the AE2 as the bass isn't as boomy as I'd expect it to be although sounded better when connected to the computer.

Is this just down to my particular taste or are the AE2 meant to be better than the IE2? Right now, it feels like the other way around.

I like the fact that the AE2 has a longer cable meaning I can plug into my MBP easily enough when sitting at my desk.

I'm really not sure what one to pick.
P

If the AE2 sounds anything like the Triport, it's nothing special but nothing terrible, either. I think your experience is about what's to be expected.

Big bass doesn't really equate objectively with sound quality, though; most young people prefer it (see: the Beats) and most audiophiles dislike it because people lose treble hearing first and so increased treble sounds like increased detail to the older, deafer audiophile audience. So a lot of the best headphones are treble heavy and a lot of the more popular ones are bass heavy...

That said: if you like bigger bass, go after it. This kind of purchase is best made subjectively. But you might find a distorted frequency curve is muddy or fatiguing after a while even if it sounds great at first.

If you look here the IE2 has a ton of bass, just a whole lot of it:

The red line (Etymotics) is a very close approximation of diffuse field equalization, which is an approximation of the subjective frequency response of speakers from a normal listening distance. So in essence it's a simulation of perfect speakers. And the Bose has WAY more bass.

The AE2, which most reviews don't praise as highly as the in ears, has a much flatter curve (still quite bass heavy):

If you already have a portable option with the IE2s, consider returning the headphones and going for the Sennheiser 518. I've never heard it, but it's only $100 and the biggest complaint I've read is that its bass is too strong (probably still weaker than the Bose IEMs) and it's apparently much better than the 515, which is excellent, and if it's anything like a bassier 595 it's probably just awesome.

I got the IE1s for christmas 2 years ago and I have had no problems with them except that pocket lint like to stick to the silicon parts. you can tell who has them because most headphones have a black cable and apple headphones have a white cable they have a white and black twist cable. this year I got the AE2i headphones the i is for idevice (iPhone, iPad, iPod) has the same remote as on the apple headphones I think they are very comfortable and I can wear them for hours planing xbox 360 and listing to music from my computer at the same time or watching tv/movies. they both sound great to me but I'm not an audio person I just have expensive taste. the AE2i block out about half the sound and if you are listening to something and someone is watching tv in the next room I can't hear them.
Last edited: Jan 4, 2012

Shaun.P said:
I'm looking to purchase a pair of headphones mainly for listening to music on my Mac and iPhone at home.
Click to expand...

Consider the Grado SR60 i. The sound quality on a device like iPod or iPhone is unbeatable because any more expensive headphones put higher demands on the power of the device, and you should get them for a lot less than $100.

They are open headphones, which means you can hear everything going on around you, and others can hear you. So they are not suitable for use in an office with others; or for listening to music while the wife watches TV; but they are perfect for me because I hate being cut off from the environment.
You must log in or register to reply here.
Share:
Facebook Twitter Reddit Email Link

Looking to buy our first MacBook Pro in 10 years.

S
Looking to buy a new laptop... any suggestions?