Wanted to get some experiences from the group on using an eGPU. I'm looking for two kinds of experiences, video editing with FCP and BootCamp gaming. Card I'm planning to use is a PowerColor Red Devil 5700 XT in either a Razor Core Chroma or OWC Mercury Helios.

-it charges my laptop fine, haven't noticed any issues with this
-can be flakey when disconnecting, every now and then it refuses to disconnect and i have to shut down (or unplug anyway and have it complain)
-thunderbolt cable that came with razer core x also seems a little flaky, its quite short and even the slightest movement of the laptop can break the connection

on macos it more or less "just works", but bootcamp has been a fair bit more fiddly.

i had to do a bunch of searching on egpu.io for guides on getting windows up and running at all. in several cases i ended up with an install that wouldn't detect the egpu OR the 560x inside my mabook pro and had no choice but to start over. i don't even remember the steps that i had to do to make the install work.

initially i got windows running on a dual display setup where i could use my laptop display and external monitor together. then one day that simply stopped working, and now the laptop screen stays off and only the external monitor works in bootcamp. it might have been one of the countless windows updates that broke it, but i also noticed a radeon xconnect service running that seems specifically for egpus, whereas originally it just acted like it had an internal vega64.

personally i haven't loved the experience of dealing with the egpu quirks, and its just added to the disappointment of having bought this computer exactly 2 days outside the return cutoff for when they announced the vega20 updated machines in late 2018. your mileage may vary, but even on the macos side, the vega64 drivers seem to have random bugs in the software i use, and the developers have said fixing them isn't a priority because the user base of macs with vega64 gpus is vanishingly small.
Reactions: soulreaver99
B

see this thread for some metrics: 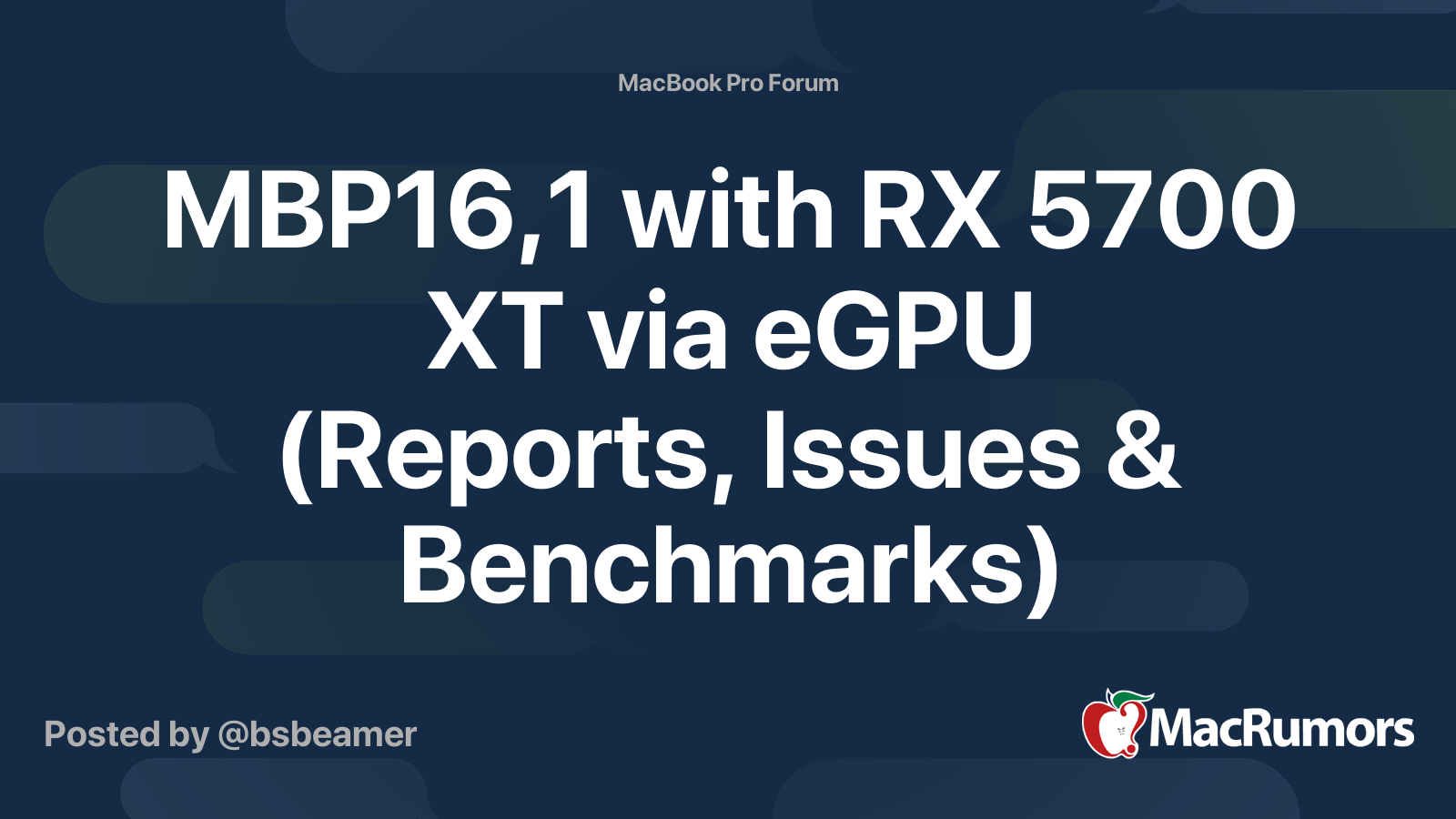 As for charging, you need 100W PD verified for a one cable solution via eGPU. It works with Sonnet eGFX 650 OC.

Not running Windows on MBP16,1 so cannot comment on that.

DId anyone purchased egpu from this forum?

How much did you spent and what improved.

I did a video on bootcamp gaming. I posted this in the Gaming Thread but it works pretty well standalone, but way better with an RTX graphics card in Windows. NVIDIA cards are pretty much plug and play in Bootcamp. AMD Graphics cards on the other hand is a bit of a chore to setup if you want to use it in Windows but it's the opposite in Mac OS. Kind of wish they both just worked in whatever OS with whichever GPU. I'm using an Akito Node Thunderbolt 3 and it works perfectly fine.

Thankfully there are 4 TB3 ports on the MBP. I have the 100W Power connected on one, eGPU on another, and a USB Hub connected on the 3rd. I still have 1 TB port free. I learned that you don't get max charge if you connect to a hub with a PD port.

Skip to 4:03 for benchmark results