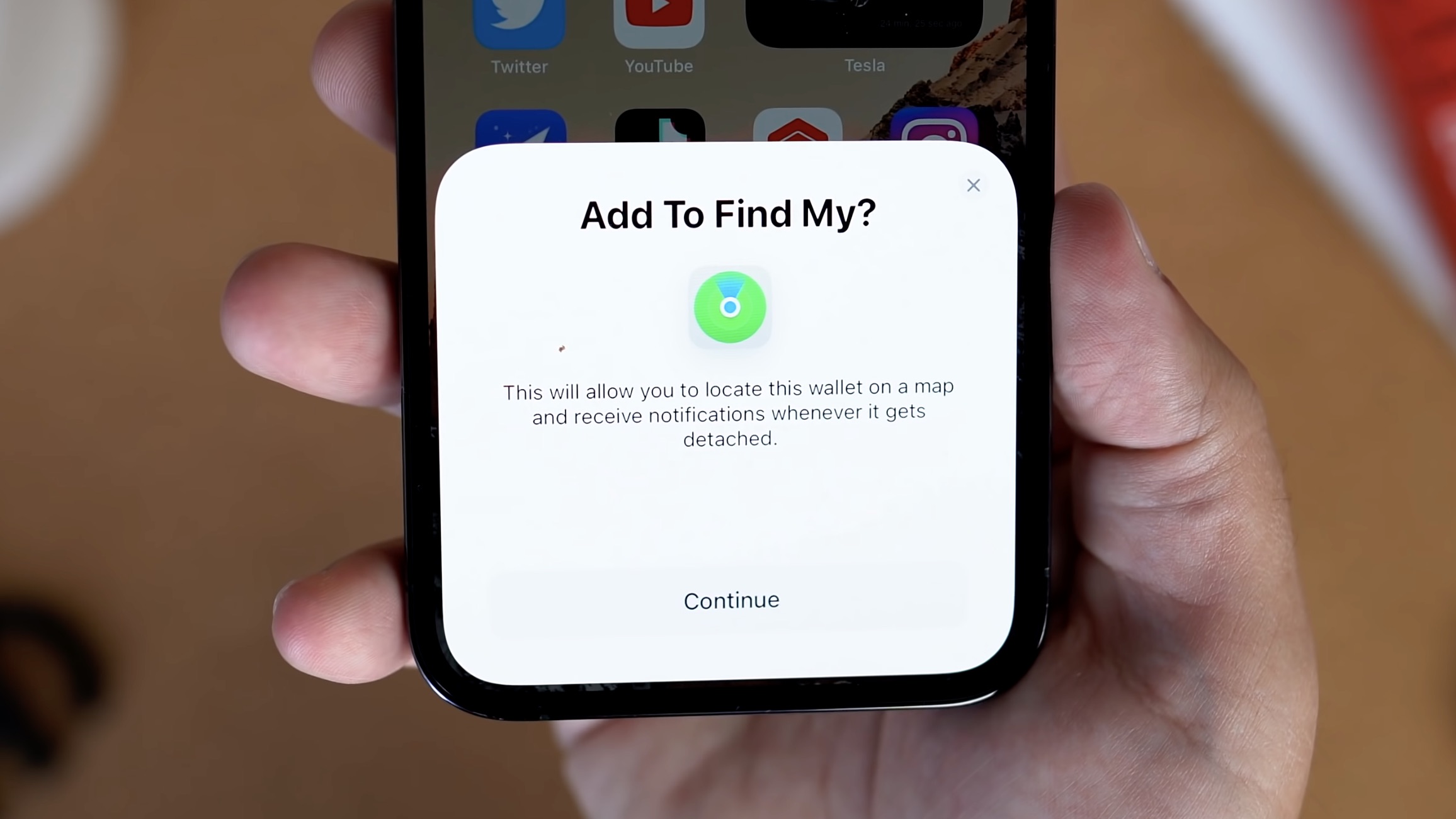 According to a long thread on Reddit, affected users do not get the proper Find My pop up when attaching a MagSafe Wallet to an iPhone. The issue seems to be impacting iPhone 13 models in particular, but there are also some complaints from iPhone 12 owners.

The MagSafe Wallet is meant to connect to Find My automatically when attached to an iPhone, as we demonstrate in our hands-on video below, but it simply does not work for some people.


Some users have been directed by Apple Support to Erase Network Settings and have had success with that method, but others say that this method does not work.

I had 3 calls with customer support and we were able to get it working for my iPhone 13 pro max. This is what worked: they told me to go to Settings > General > Transfer or Reset > Erase > Erase Network Settings. The phone restarted, and after restarting and attaching the wallet to the back of my phone, the animation popped up and wallet is now in my Find My app!
Click to expand...

Reddit user EndlessApology was told by Apple Support to take more drastic measures and put his iPhone into Device Firmware Update (DFU) mode to reinstall the OS using a Mac.

Got my own Wallets today and immediately had this issue with both my 13 Pro & Pro Max. Spoken to Apple tech, and followed what they said and it fixed it. Put the phones into DFU mode, and reinstall the OS and Firmware. Set the phone up again without doing any recovery. Once set back up, pop the wallet on and it'll pop up after about 5 seconds, and let you pair to Find My. After that, if you need to, reset the phone on the device itself, and restore from back up in set up. Sorted
Click to expand...

DFU mode has been largely successful for most of the Reddit users who have attempted to fix the issue, but it is a huge hassle that shouldn't be necessary for a simple accessory pairing process. Based on the Reddit thread, Apple is aware of the issue, so it's possible that a fix will be coming in a future update.


For now, users who want to get their MagSafe Wallets working right away should try the Reset Network Settings option and if that doesn't work, the DFU method to reinstall iOS 15.

Article Link: Many iPhone 13 Owners Unable to Get Find My Working on New MagSafe Wallet

The next version of iOS is supposedly going to fix so much.. just hope it doesn’t cause more bugs as well.
Reactions: NARadyk, macguru212, toph2toast and 2 others

This might be the buggiest iOS/iPhone release ever. It was understandable when it was a major update like iOS 7, 8, 11 or 13 but there’s almost nothing new this year.
Reactions: 03alberner.danke, yoonsoo, DrCMD and 32 others

Anyone else think they should stop tying OS releases to new phone releases? If there wasn't such a rush to get the new OS out the door for a new phone release, maybe we wouldn't have so many bugs hitting the production releases of iOS.
Reactions: joshwenke, Biglethal69, michaelnugent and 24 others

Man this is sad lol 😂😂
Reactions: Biglethal69 and willchris
D

So are these all pandemic bugs? No wonder Tim wants people back in office. ?
Reactions: DrCMD, Biglethal69, btrach144 and 5 others
B

Yikes. Whoever is in charge of iOS over there kind of blew it this time around. Every release will have bugs, but 15 seems to be a train wreck. Glad I haven’t downloaded it.
Reactions: DrCMD, 0057252, Biglethal69 and 10 others

Hmmmm, it's no wonder Apple had a bunch of job openings for QA / Quality Engineers. They probably went through an entire cycle without one.
Reactions: DrCMD, 0057252, Biglethal69 and 2 others
M

Lukkee24 said:
The next version of iOS is supposedly going to fix so much.. just hope it doesn’t cause more bugs as well.
Click to expand...

Hopefully this is true. They need to do what they did with iOS 12 and seriously concentrate on the bugs.
There are dozens of bugs I come across every day and its not what Apple products should be like at all.
Reactions: Biglethal69, Lukkee24 and urnotl33t
C

xxray said:
This is hilarious at this point.
Click to expand...

The bug or the product. Hard to decide
Reactions: Biglethal69

HeavenDynamic said:
This might be the buggiest iOS/iPhone release ever. It was understandable when it was a major update like iOS 7, 8, 11 or 13 but there’s almost nothing new this year.
Click to expand...

<Tim Cook voice> iOS 15 is our buggiest software yet. We can't wait for you to get frustrated in every part of your day.
Reactions: Stella, yoonsoo, DrCMD and 6 others

dojoman said:
So are these all pandemic bugs? No wonder Tim wants people back in office. ?
Click to expand... 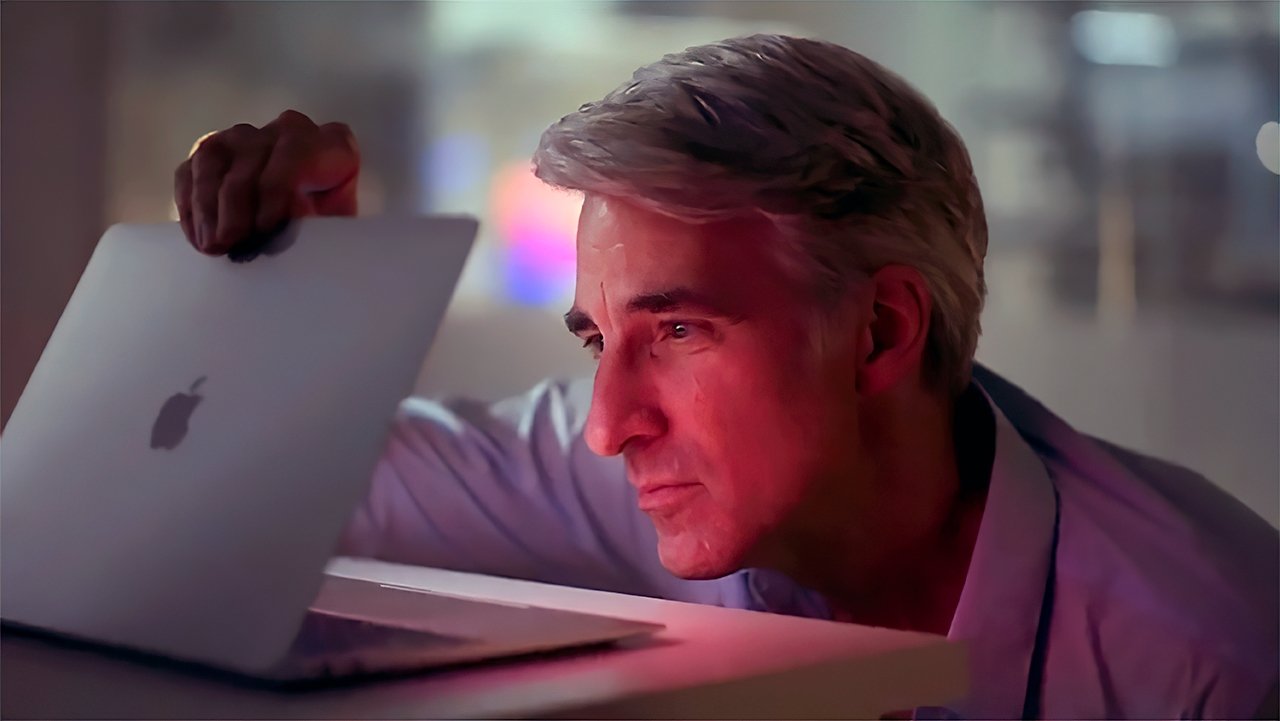 iOS 15 is riddled with bugs and glitches. From the Widget system to Safari passing through Apple Watch connection up and down to … Never had to close and open Safari or even reboot the iPad Pro due to glitches … well there is always a first amongst many. Grammy much Tim Cook or is it that South Koreans that are stirring you out?
Last edited: Oct 1, 2021
Reactions: Biglethal69
B

Yeah sadly the network settings reset did not work for me. Between the photos, watch, and wallet bugs I am really unhappy with the 13 pro this year. What a huge hassle for such a minor improvement.
Reactions: Biglethal69, willchris and decypher44
A

It's like they didn't have a beta running all summer long.
Reactions: NARadyk, DrCMD, Biglethal69 and 4 others

“They are doing the best work of their lives”

-Tim Cook (when talking about Apple’s employees at WWDC)

Might want to find competent and capable employees Timmy boy.
Reactions: Biglethal69, Lukkee24, MrkJensen and 3 others

As part of Apple's commitment to its customers health and well being, iPhones now include a feature that helps you train your memory and organizational skills.

Tried official Apple MagSafe wallet, thought it was a cool idea but after coming loose twice (pulling phone from back pocket), returned it. Would have really sucked to have lost it to then discover Find My was bugged.
Reactions: TheMountainLife, Biglethal69 and GrumpyMom

Here is another bug ?

We have to start keeping track of all the bugs. Tomorrow, more bugs will be reporting.
Reactions: svish, DrCMD, Biglethal69 and 6 others

zorinlynx said:
Anyone else think they should stop tying OS releases to new phone releases? If there wasn't such a rush to get the new OS out the door for a new phone release, maybe we wouldn't have so many bugs hitting the production releases of iOS.
Click to expand...

They probably do that to get people to upgrade their hardware.
Reactions: decypher44 and ouimetnick

Apple needs to hire more engineers and more QA testers. This is ridiculous.

At this point a shorter list might be what works completely fine? Hah.
Reactions: DrCMD, Biglethal69, Syk and 4 others

QA Testers, yes. Engineers - probably not if they got themselves into this kinda mess. They don't need more cooks.