Marco Arment, a developer best known for co-founding Tumblr and creating apps Instapaper and Overcast, believes the 2012 to 2015 era 15-inch MacBook Pro is "the best laptop that has ever existed." 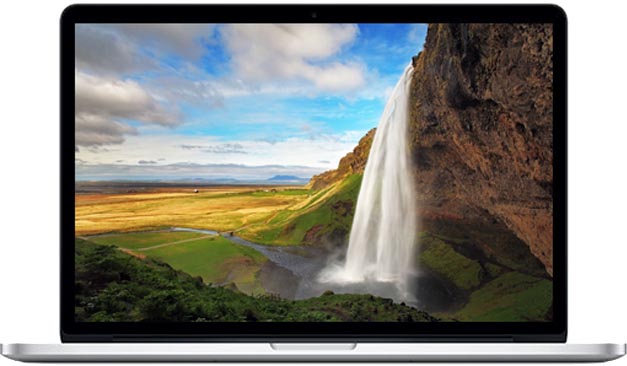 The 2012 model was the first MacBook Pro with a Retina display, and had a much slimmer design compared to previous models after Apple removed the built-in Ethernet port and optical disc drive for CDs/DVDs.

Apple refreshed the 2012 model in each of the following three years, but kept the external design largely the same.

Arment sees value in the 2012 to 2015 model's array of connectivity options, including a pair of Thunderbolt and USB-A ports, an HDMI port, a SD card slot, and a MagSafe power adapter that breaks away safely if it's tripped over.

He added that the 2012-2015 keyboard has a "crowd-pleasing design" and that the trackpad strikes a "great balance between size and usability."

2016 and later MacBook Pro models have a slimmer keyboard with a second-generation butterfly mechanism that has less key travel than 2012-2015 models, and a larger trackpad that is closer to the keyboard. 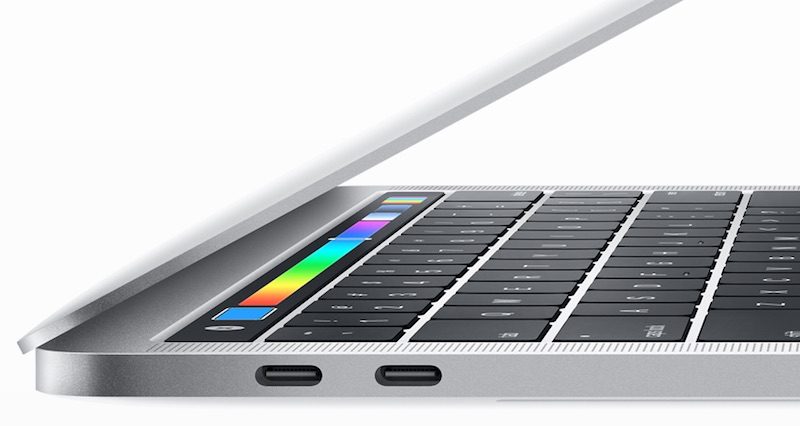 Apple packed a smaller 76 watt-hour battery pack into the latest MacBook Pro models, and while the notebooks are rated for up to 10 hours of battery life between charges, there were several early complaints in real-world usage.

All of these changes generated some controversy within the Apple community, particularly among professionals, so Arment's opinion is sure to resonate with some users, including among customers who refuse to upgrade.

Despite some early complaints, however, the MacBook Pro appears to be selling very well for Apple. In fact, Apple CEO Tim Cook said the Mac set a new all-time revenue record of $25.8 billion in the 2017 fiscal year, with sales fueled primarily by "great demand" for the MacBook Pro in particular.

We sold 5.4 million Macs during the September quarter, up 10 percent over last year, and gained significant market share as the global market contracted by one percent, according to IDC's latest estimate. This performance was fueled primarily by great demand for MacBook Pro, and Mac revenue grew 25 percent to a new September quarter record.
Click to expand...

For now, Apple continues to sell the 2015 15-inch MacBook Pro with a 2.2GHz quad-core Intel Core i7 processor, 16GB of RAM, 256GB of SSD storage, and integrated Intel Iris Pro graphics for $1,999 in the United States.

Full Article: "The best laptop ever made" by Marco Arment

Article Link: Marco Arment Argues the 2012--2015 MacBook Pro is 'Best Laptop That Has Ever Existed'

Bought a 2015 model a few months ago, and I love it.
Reactions: AntJon82, drumcat, nouveau_redneck and 26 others
Comment

He’s an idiot...I’ve listened to their ATP podcast and it’s just non-stop complaining.

Sure, some people don’t like the new MacBook Pro models for various reasons and that’s fine. My advise would be, move on. Either buy a $1700-2000 computer or not. Feel lucky you have the ability to do so. We’re living in the greatest era in humankind and he’s complaining about a keyboard, ports and minutiae.
Reactions: PeterZwegat, eltoslightfoot, AppleInLVX and 37 others
Comment

It handles everything well, the speed is amazing, the battery lasts a really long time, and I got used to the keyboard in a few days!

Whenever I use an another Macbook now it feels really old.
Reactions: mleonm5, smirking, ex0dus1985 and 4 others
Comment
M

Not if he tries the keyboard first...
Reactions: andy89, David G., nouveau_redneck and 19 others
Comment

Yeah, I agree with this, as my signature will testify.
Reactions: tongxinshe, Predef, La-d-da and 11 others
Comment

Would love a 2015 edition (thicker → more battery) with updated internals and with the same ports except for the TB2 ports exchanged for TB3.

Yeah that screen is nice too, the ports, keyboard, lesser battery life are not.

Oh and don’t increase the price without any good reason?
Reactions: eltoslightfoot, ThunderSkunk, nouveau_redneck and 15 others
Comment

I definitely agree with him, the lack of ports, the excessively high price, and the gimmick-y touch bar make the newer MBP models less appealing.

Crossing my fingers that Apple will release something like the good 'ol 2015 15" again, but I can only hope.

(I recommend the refurbished 2015 15" to pretty much everyone that asks me which Mac to buy).
Reactions: AntJon82, ThunderSkunk, nouveau_redneck and 52 others
Comment
R

Agreed 100% and that's why I have not upgraded since 2012. Solid machine all around with all the ports I need. Not to hate on the new models, but there is nothing there right now that would really make me upgrade.
Reactions: nouveau_redneck, Yvan256, Jynto and 26 others
Comment

Have had 17" MacBook Pro, Now have both 15" 2012 and 15" Latest with TB: I like the Touch Bar the best. The guy simply doesn't know what he is talking about. The only thing stood out in the article is him complaining of lack of ports and connectivity. People like him still rent Blue Ray DVDs.
Reactions: smirking and ex0dus1985
Comment

Mick-Mac said:
Not if he tries the keyboard first...
Click to expand...

nope, in 2019-2020 when we will have touch keyboard he will se things different and he will say the same thing
Reactions: Hofstede and FightTheFuture
Comment

My Late 2012 rMBP still runs flawless like on its first day. Probably not gonna update for a while.

Since graduating Uni i dont really have the need for a laptop anymore besides the occasional jdownloader session
Reactions: FriendlyMackle
Comment

Sure, some people don’t like the new MacBook Pro models for various reasons and that’s fine. My advise would be, move on. Either buy a $1700-2000 computer or not. Feel lucky you have the ability to do so. We’re living in the greatest era in humankind and he’s complaining about a keyboard, ports and minutiae.
Click to expand...

Not sure why this guy gets such mad respect. Irrespective of Tumblr, I don't consider him the rock star the other Apple pundits do. Overcast and and that other read it later app are average.

I’m partial to my 17” 2011 matte screen MacBook Pro — THAT was the best laptop ever produced.
Reactions: ThunderSkunk, SDRLS, AnnonKneeMoosee and 13 others
Comment

Yes Apple does continues to sell the 2015 15-inch MacBook Pro, at the same price in 2017 as they did in 2015. Its not surprising Apple are cashing in on the profits selling vintage hardware at premium prices! The GPU / CPU will be coming up to 3 year old in 2018.
Last edited: Nov 15, 2017
Reactions: Naraxus, Yvan256, simonmet and 6 others
Comment

I think I'll have to agree. Used the PowerBook G4, pre-unibody MBP, Unibody MB/MBP, and my current Late 2013 13" rMBP. I've seen zero need to move from my Late 2013 model, the Haswell chips have held up well and it still gets great battery life and the display is just as beautiful as the day I unboxed it.

That and I've used the new models a number of times and the keyboard still bothers me as does the lack of ports for me personally. But that's just one mans opinion.

I may upgrade but likely not until 2020 at the absolute earliest. My Late 2008 MacBook went till 2014 when I bought my rMBP and is still running just fine for that matter. Just wanted a lighter laptop with a better battery and display.
Reactions: sgtaylor5, pratikindia, Yvan256 and 7 others
Comment

I love all these "professionals" complaining about Apple providing 4 versatile standard ports in a laptop. I love having the option to do whichever I want within all the ports.
Reactions: pianophile, bobob, ex0dus1985 and 8 others
Comment
I

Glockworkorange said:
Not sure why this guy gets such mad respect. Irrespective of Tumblr, I don't consider him the rock star the other Apple pundits do. Overcast and and that other read it later app are average.

Same here. He's just a guy that hooked up with a founder of an obscure website. They sold out and that's about it. I've tried his apps and they are meh at best and junk at worst.

He's not this rockstar that people think he is. The Dauché comment is spot on.
Reactions: TMRJIJ and NightStorm
Comment

I'm glad that I'm using the "best laptop that has ever existed," lol.
Reactions: ThunderSkunk, Yvan256, SDRLS and 25 others
Comment
E

So much whitewashing of history. People were making the same complaints about the 2012 that they are about the 2016: "Where's my I/O? I don't need a thinner laptop. The keyboard's shallower! Why'd they change the power port?"
Reactions: eltoslightfoot, pianophile, ex0dus1985 and 3 others
Comment

Mr_Brightside_@ said:
"almost none of us needed to buy external optical drives or Ethernet adapters to fit the new laptop into our lives"