Much of the Apple news in recent days has centered around Apple Pay and what Tim Cook referred to on Monday as a "skirmish" in which several retailers backing a competing mobile payments initiative known as CurrentC have shut down NFC payment functionality in their stores to prevent customer use of Apple Pay, Google Wallet, and other similar services. 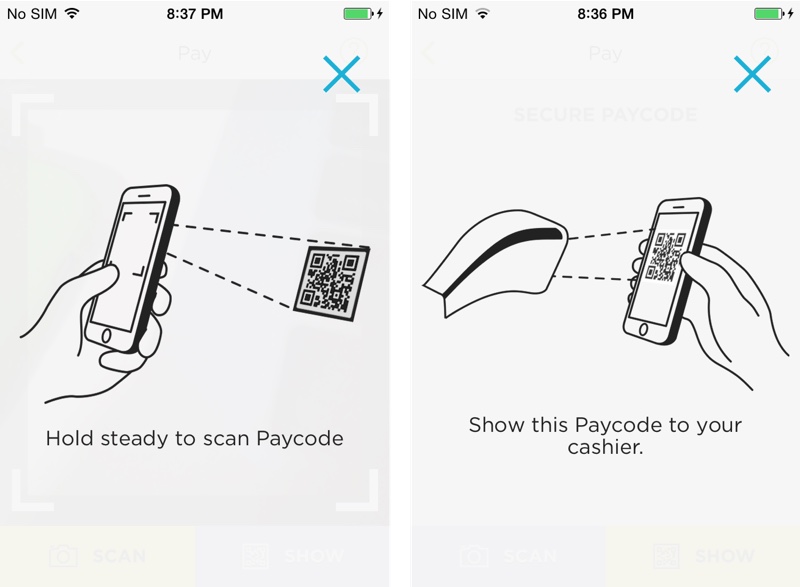 Merchant Customer Exchange (MCX), the consortium of retailers backing CurrentC, has now published a blog post confirming that retailers working with MCX are indeed required to back CurrentC exclusively. While the group does not directly address whether consortium members could be fined for accepting Apple Pay, it does say members may leave the group without penalty if they so choose.

MCX merchants make their own decisions about what solutions they want to bring to their customers; the choice is theirs. When merchants choose to work with MCX, they choose to do so exclusively and we're proud of the long list of merchants who have partnered with us. Importantly, if a merchant decides to stop working with MCX, there are no fines.
Click to expand...

While the lack of a fine for leaving the consortium means retailers such as CVS and Rite Aid could still pull out of the CurrentC effort and begin accepting Apple Pay, retailers are undoubtedly reluctant to do so as they view CurrentC has a key effort to escape from credit card swipe fees while maintaining the ability to mine customer information. Many have also already invested significant amounts of money in the CurrentC effort, money that would be lost if they stopped working with MCX.

Beyond its arrangements with retailers, MCX also addresses the features of CurrentC in its blog post, highlighting the fact that it will work with any phone, integrate coupons and loyalty cards, support multiple forms of payment including gift cards, credit cards, and checking withdrawals.

Addressing user privacy, MCX highlights CurrentC's privacy dashboard that will allow customers to control what information is shared with retailers and argues that the system's cloud-based storage of sensitive customer information offers more security than on-device storage that could be more easily compromised through hacking or theft.

MCX's CurrentC program is currently in limited testing, and is expected to launch nationwide sometime next year.

MacRumors said:
what Tim Cook referred to on Monday as a "squirmish"
Click to expand...

3rd Rock from the Sun

There is even a petition going for it

No thanks. :roll eyes:

Interesting. At the end of the day, all those retailers will accept Apple Pay at some point. Probably when they realize customers won't want to use QR codes and cloud based storage of such sensitive information.
Comment

MacRumors said:
Much of the Apple news in recent days has centered around Apple Pay and what Tim Cook referred to on Monday as a "squirmish" in which
Click to expand...

Squirmish? Is this some kind of joke Macrumors? The "k" is nowhere near the "q" on keyboards. This must be intentional.
Comment
I

No fines or penalties, but probably no refunds on their $500,000 investment.

My "on-device storage" is more secure than their cloud.

Has anyone here participated in the private tests of CurrentC in MN or used their app? Is there any public feedback on tests from the merchants or consumers?
Last edited: Oct 29, 2014
Comment
T

"MCX highlights CurrentC's privacy dashboard that will allow customers to control what information is shared with retailers and argues that the system's cloud-based storage of sensitive customer information offers more security than on-device storage that could be more easily compromised through hacking or theft."

Yep, because no-one has ever hacked into a cloud solution and engaged in the wholesale theft of user data. It's far more efficient to hack in to one Smartphone at a time.

Seems so many are missing why retailers want a system like this and not Apple Pay. Apple Pay makes thing anonymous. Right now you have retailers like Target that track every purchase you make based on your credit card. This means they can mine the big data and do things like send you coupons based on what you buy. They can see when you visit and see how your visits and purchases increase when they send you coupons or flyers or emails. Here is an older story about how Target's use of big data allowed them to send coupons to a girl that had just become pregnant before even her parents knew. With Apple Pay, your purchase is anonymous. They no longer know who you are so they can't tie that transaction to your profile anymore.

Yes the transaction fee is a hit to them but the above is much bigger. The above has the potential to make them much more than they'll lose in transaction fees.
Last edited: Oct 29, 2014
Comment
I

They are leaving the future for the past
Comment

If that is the case, then what does RiteAid and CVS gain by turning off NFC now or at all?

I see CurrentC as an alternative that some customers will use, but I can't imagine that they will turn away customers that want to pay NFC just to make a point.
Comment

Although my phone could get hacked and its contents stolen, the thief would need physical access to my phone most likely since the data is stored in the secure element. The theft would be targeted at an individual's accounts.

CurrentC's cloud could get hacked and the target would potentially be millions of accounts.

It'll probably be dead on arrival since consortium members may risk poor publicity too much for too little of a win. I don't even understand how CurrentC is easier than a regular credit card. The number of users who both finds this convenient and don't care for the privacy implications have to be miniscule.
Comment
R

macrumors said:
addressing user privacy, mcx highlights currentc's privacy dashboard that will allow customers to control what information is shared with retailers and argues that the system's cloud-based storage of sensitive customer information offers more security than on-device storage that could be more easily compromised through hacking or theft.
Click to expand...

Retailers who wanted to join forces with MCX had to pay a large amount of money to do so. Leaving the effort without getting refund would be similar to getting fined, as far as losing money is concerned.

In other words, if you've dipped your hand in CurrentC, you're are screwed either way.
Comment

What MCX proposes to deploy is so...2011. Scanning QR codes, loyalty coupons, allowing a retailer unfettered access to my finances, giving you tons of data about me...

None of that does me - the valuable consumer - any good, really. Just take my money - anyway *I* choose to give it to you, and don't worry about what I buy, where I buy it and when. If I want to save a buck or two, I'll clip the coupon and bring it with me. You're not going to try to up-sell me by analyzing my "patterns."
Comment
T

Exec 1: "Should we keep this useless method or switch to the one where potentially millions of people can use it?"

This is good news. I bet you some will back out prior to MCX's official launch and during the following year all but walmart will back out.
Comment
I

I don't think most of these companies probably care about the $500,000 investment they will lose, as it is really a drop in the bucket for most. CVS has probably lost that much since they shut off Apple Pay.

The real question they are wrangling with is whether or not they think CurrentC will save them or make them enough money in the long run to justify the lost sales from Apple Pay. I think that's an obvious "no" at this point, but they still probably have to work through the numbers.

tattooedyuppie said:
Exec 1: "Should we keep this useless method or switch to the one where potentially millions of people can use it?"


szw-mapple fan said:
Squirmish? Is this some kind of joke Macrumors? The "k" is nowhere near the "q" on keyboards. This must be intentional.
Click to expand...

It's customary to indicate made up words by enclosing them in "quotes". In this case, it's funny cause Tim said it himself, blending squirm and skirmish!
Last edited: Oct 29, 2014
Comment