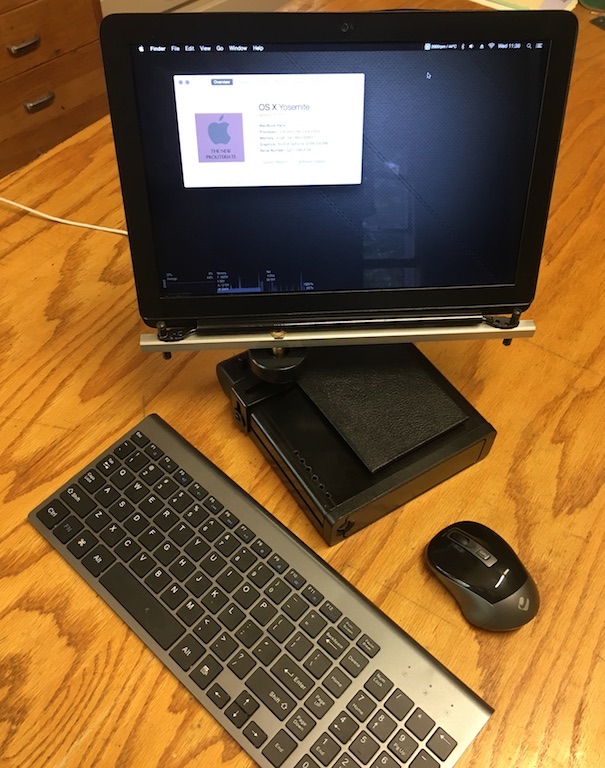 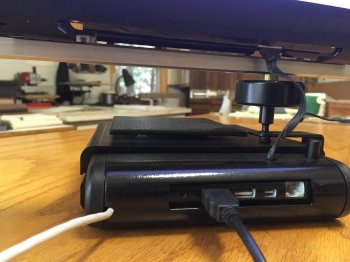 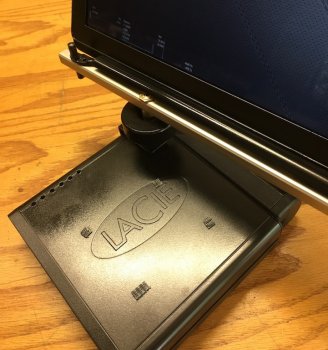 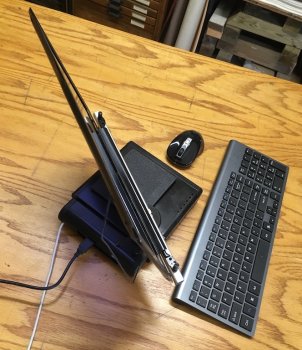 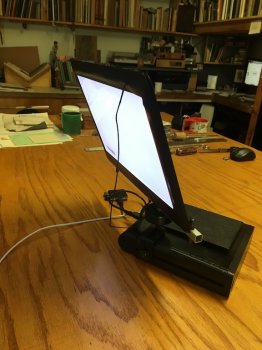 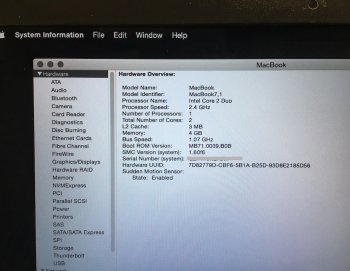 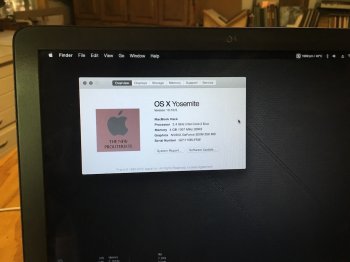 This all came together from a Macbook a friend gave me after she shared a cup of tea with her keyboard. The computer had seen better days to begin with - broken optical drive, cracked lcd hinges and a swollen battery that had deformed bottom case and warped the trackpad part of the topcase.

I was able to resurrect the motherboard and get it to post. My main motivation was to do something cool with it and not spend any money though I did end up buying a cheap 2GB stick of RAM to boost it to 4GB. I wish I'd taken pictures of the process but essentially I reused the existing motherboard tray from the MB and cut it to size. I also cut the IO port out of the side of the Macbook and was able to use the existing screen and even the isight cam still works. There was not much left of the original Macbook case after I'd hacked it all up....

The case is an old Lacie HD enclosure but it was a bit short for the MB so I added a fluorescent flashlight case to extend the back with the IO ports and a power button that actuates the old button from the membrane that was under the original keyboard. The cool spindle that holds up the monitor was part of the mechanism from an old AM/FM radio tuner (old school analog dial) and the screen is supported by a piece of extruded aluminum secured by some old lamp bolts and now swivels 360 degrees and still has full tilt adjustment. The top piece on the case is just a piece of bookboard covered in leather to hide the old Lacie logo destined to be foil stamped with text or logo. The back of the display is exposed and glows white from the backlight, I imagine a cool vinyl sticker or logo covering the Apple barcode printed on the back.

I had considered reusing the trackpad somehow but it didn't work with the design and these older trackpads had limited functionality compared to modern versions anyway plus now it's meant as a desktop unit. It no longer has a optical drive or battery, this allowed me to squeeze it into a pretty tight space. From experience making OSX86 machines I was able to cobble together a decent power management bit by modifying a couple kernel extensions. I broke the BT connector at the MB so use a IOGear 4.1 dongle which works far better than the onboard anyway. It's running Yosemite just fine, it could do Mavericks or Sierra but for a C2D machine of this age 10.10 is less resource demanding

I have absolutely no use for this machine but it's probably to fussy hardware wise to sell to anyone who isn't an enthusiast. Definitely a conversation starter.
Last edited: May 23, 2018
Reactions: Jack Neill
M

Temps are just fine, staying in the upper 30 to low 40C range. The CPU and stock fan sit under the drilled holes behind the old power button on the Lacie enclosure. I did install SMC Fan Control to keep things monitored but even when I play high def movies or other CPU/GPU intensive tasks it never goes into the 50's.

Running the machine without a battery is the major problem as the OS will throttle the CPU when it is not present as it does on all laptops from Apple. Thus the modified couple of kexts to keep power management under control. It performs the basic tasks that 95% of all users would do with no problems at all considering it's a partially crippled 8 year old machine.

very nice!
way to go thinking outside the box as it where to keep it going!

They are great machines and mine ran great on high sierra.
No difference to you but mine with high sierra gained run time on battery over sierra.

Now to address the other pile of broken macs that seem to accumulate here like rabbits.....
Reactions: elf69

yeah well I have a few myself that my fiancee tells me to do something with or bin...

Very creative laptop to desktop transformation and home-brew case. But 10.10 Yosemite is quite possibly the worse OS you could pick, go with El Capitan which performs the same or better in most situations.

Thanks for the tip redheeler, I'll give it a try perhaps. Personally, I think I skipped Yosemite and El Cap because I liked Mavericks and used it until Sierra. As I said, this machine is totally useless and surplus to me.

Initially considered running it as a headless media server but I have a NAS and Apple TV/Chromecast so pointless. Plus, mounting the old lcd made it actually cool instead of just a hack in my humble opinion.