Apple is putting up new banners promoting iOS 7 at the Moscone Center where its Worldwide Development Conference is taking place next week, as noticed by MacStories.

The company had previously confirmed that the next version of the iOS operating system would be unveiled at WWDC. The extremely simple banner features a svelte number 7 against a minimalist background. 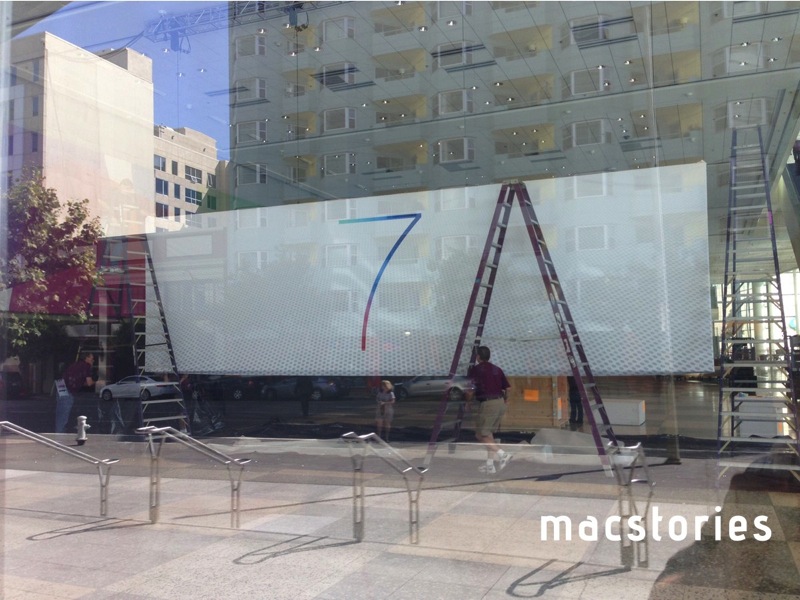 Some of the banners already up at the Moscone Center include the tagline 'Where a whole new world's developing'.

Update: The 7 appears to be from Helvetica Neue Ultra Light, an extremely thin variant of Helvetica. 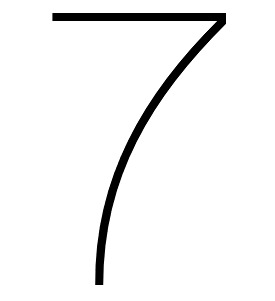 Intriguing. Beyond excited for a potential UI overhaul! It's much needed.

"Are you sure it's not the iPhone 7? It is the seventh iPhone after all!"
W

Reading into this a bit, what font is that 7?

This is it.. Timing could not be more timely...

My upgrade eligible date for smartphone is coming tuesday.. so apple.. it's your job to show me something.. PLease.. I still beg that apple will blow me away and convince me to stay w/ iphone.. Do your thang
H

I sincerely hope that 7 is more than just some new icons and flatter UI.
C

Also, less than 3 days before we see more than just the number 7. In fact, I'm fairly sure that's the number I've seen the most over the last few weeks...
S

Definitely different than anything we've seen before from the graphics dept. Usually it is the number on an app icon-style logo.

Even the typography is intriguing. Very cool.
N

Looks like the same Helvetica Neue Light/Ultralight that they've been using in the other promo material for WWDC.
C

Is this hinting that all text in the new iOS will be multi-colored on a white background?
B

iBreatheApple said:
Intriguing. Beyond excited for a potential UI overhaul! It's much needed.
Click to expand...

Looks exactly like the Roboto Thin font used in Android...

So glad I switched to iPhone. Can't wait to see what they've got

Even though this is just a banner, this is a total design change from what they've done in the past like that embedded link in the article shows. I'm very excited to see the changes now.
C

I can see it now. "This is our thinnest and lightest seven ever."

This definitely looks like a hint toward a new visual style. Monday should be the most interesting Apple keynote of the past couple years.