Most reasonable config for music production?

You are using an out of date browser. It may not display this or other websites correctly.
You should upgrade or use an alternative browser.
Z

I'm really torn on this. Main problem is price for increased RAM and storage.

CPU
I'm 100% certain I'll be going for an 8-core i9 processor. Having 2 extra cores helps a lot with how many tracks you can have when producing music.

The consensus seem to be that the performance boost in 2.4 vs 2.3 GHz is so limited, thermals considered and all, that it simply isn't worth an entire $200 extra.

Also, I'm 100% certain I'm going for the 8 GB VRAM version instead, as this increases rendering speed when editing video a lot and is only $100 extra. My main plan is to use this computer for music, but video seems to be a bigger and bigger part of a musician's life going forward, so I'm pretty sure I will get use out of that extra VRAM later.

RAM
I'd love to have 64 GB of RAM for a solid headroom for tons of sample-based tracks when making music, but that's $800 extra! I already feel a $2900 machine is an expensive thing to invest in, take care of, insure and carry around every day doing all sorts of stuff. Pushing the price up to $3700 immediately makes me feel almost scared of using it. I also feel the performance-per-dollar immediately drops a lot when doing that.

However, RAM matters a lot when making music, I'd love to not having to freeze a single track when producing and really have that freedom to just focus on the creative aspect of things.

My current thought is simply compromising and go with 32 GB. I'm so, so tempted by that headroom that I'm willing to bite the bullet to a certain degree. However, I think, even if I'd absolutely love 64 GB and just completely relax with that for the 5 years or so I'll be using this machine, it simply feels like I could have used those money just on a great monitor, half a fantastic audio interface, two great microphones or a lot of other things that are maybe even more important than that headroom.

Storage
I have similar feelings towards storage. I'd love to have it, but it's so, so expensive. Right now I'm torn between 1 and 2 TB.

Ideally, I'd love 8 TB. I mainly compose music, and when doing so, I use a lot of sample libraries. I do not do much orchestral things, but it happens that I'll put in something like that. However, I love the heavy stuff like Omnisphere, Keyscape and Superior Drummer all stacked together in the same session. A main point of buying a laptop is being able to take it with me and make music everywhere. I would love the freedom to not _always_ having to attach an external drive just to open up a normal session with some sample libraries because I don't have the space for it on my main drive.

But my wallet and sense of responsibility for machine and economical sense do not agree at all. 8 TB is just ridiculous economically, and I'd not feel comfortable having an expensive machine like that at all.

So what about 1 TB. That's a huge compromise. I'd be needing some space for a Windows partition and a game or two. Then my core sample libraries, hopefully all I'm currently using. 400 GBs of samples and libraries? Then there are all the latest music projects I'm working on, other applications and a sizeable document store. It seems I could get by, but I'd have to always make sure to store archived stuff on another drive. And if I were to get into video at the same time, I would start to struggle quite quickly. I would be needing to always bring that external drive.

1 TB would feel very good economically, but I really do not want to regret my purchase either.

Now, 2 TB immediately gives a lot more flexibility. That first TB will be occupied by both OS's, all the software and other core stuff. That second terabyte will basically be free to use for anything. The computer will however be suddenly quite expensive at this point at a total of $3700. Not as comfortable as $3300.

What do you guys think?
What is a reasonable choice here? Will I get by with that 1 TB and will I be happy dragging along an external drive from time to time? Maybe it won't become an issue, and maybe only when I use really exotic samples? Or will I be happy I had that extra TB, and after a while relax that the computer is $3700?
D

I personally think you could probably get by with the 1 TB storage and 32 GB RAM compromise you mentioned. You adapt to externals very quickly (i could be biased though because it's something i'm already used to for video editing). That keeps the price below $3500 and is still a beastly machine. If you can comfortably afford the $3700 price tag though, i would spring that extra money towards the 64 GB RAM personally. The way you describe it bettering your workflow/creativity sounds far more valuable and like money better spent than the convenience of not having to carry an external drive that you'd get by spending the extra on another TB of storage. In the long run, i think you'd appreciate the performance more than the ease of storage. Develop a system where you only need your current projects on the MBP itself, have a big giant external as a main backup (that stores everything and stays home), and a shuttle drive that can be your overflow that you take with you if your current project on your MBP needs a little extra help storage wise. I don't think there's too much need to have 8 TB in a MBP and carry literally everything with you all the time (you'd need a large external for a peace of mind backup anyway).
Last edited: May 17, 2020
D

Do you work mostly with software synths or sampler instruments? I myself maxed out everything on my MBP 16" except the SSD (went with 2TB). My reasoning for not going 4TB was that I didn't want to need a large external just for Time Machine backups. I've already got a handful of 2TB externals for photo and video collections along with my sample libraries. In my case when I'm using multiple software synth plugins (Reaktor) I'll run out of CPU way before maxing out 64gb of RAM. But when loading multiple sampled instruments (Kontakt libraries), the extra RAM allows me to run more instruments at the same time. Ask yourself if your workflow requires multiple sampled instruments loaded and ready to go or can you live with bouncing to audio to save RAM and CPU.
D

Also i recommend you keep an eye on the Apple Refurbished section of the store. It's where Apple sells slightly used "like new" stock. It's stock that was basically opened once and immediately returned after a week or two and stuff like that. Apple runs it through a refurb process to make sure it's like new and then they sell it for a couple hundred dollars cheaper than if you ordered it fresh. As an example, a 2.4 GHz, 64 GB RAM, 5500 8 GB, 1TB storage model is $3900 when you order brand new but that exact same model in the refurb store (linked below, but it may be inactive if someone buys it before you see the link) is $3300. Which is obviously a $600 price slash for a product that's basically brand new. I got my last MBP (Late 2013 15") this way and was able to spec up a little higher than i initially intended to get because of the slashed price at the time. 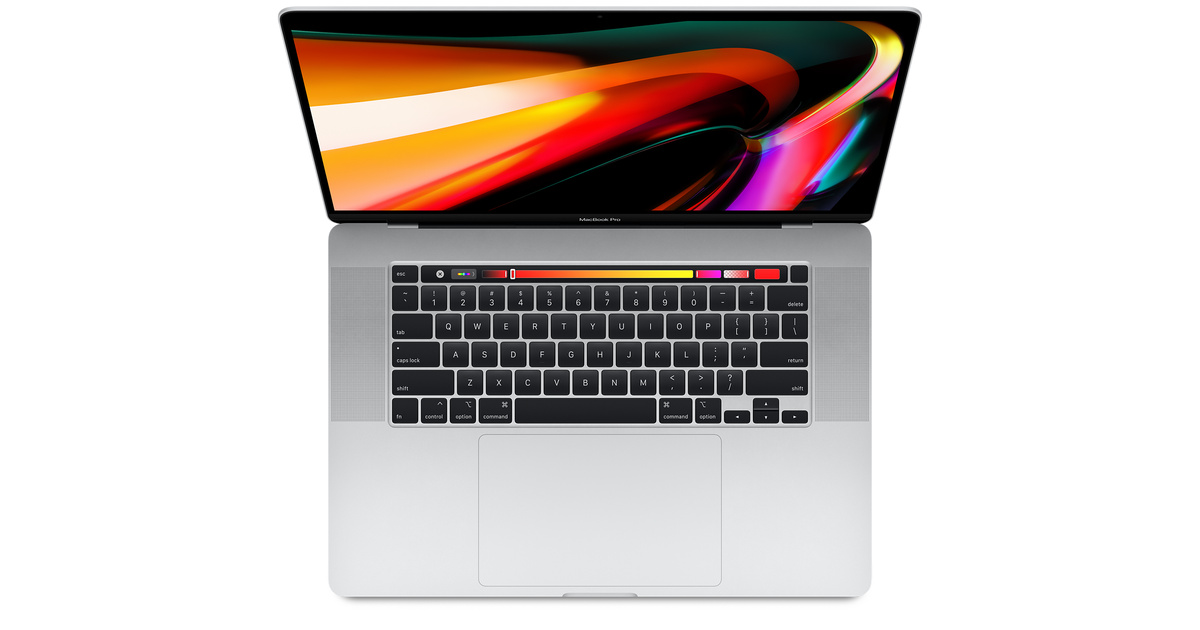 ZeppelinFlight said:
take it with me and make music everywhere
Click to expand...

Audio is very demanding, having a capable, mobile machine will cost you an Arm and a Leg, and you probably have to add a Kidney on top!

CPU
i see no Reason for the 2.4 Ghz 9980HK, the 9980H is already thermally limited and will throttle anyway.

RAM
64GB is an additional 800 coins, hmm, 64GB is for Orchestra/Film Composing but in that case, even 64GB won't cut it.
it really depends on your use of Sample Libraries, 32Gb is not nothing, the CPU is certainly capable to handle that,
my Guess is you should be fine with 32GB, not sure here

Storage
i would say 2TB, with only 1TB you will always have issues not having enough space to move Stuff around, especially since you mentioned Video work.

Gaming and mac is just, no
its not healthy for any laptop, if you really have to, use an external keyboard on top of a mouse.
this glued together machines are pricey to repair, and smashing buttons, applying constant high pressure on keys, which in Games happens all the time, is not advisable imo.

you will be better off investing in a used gaming pc for 400 bucks, a quad core with a gtx 970, 8-16Gb Ram, something along those lines, will run any game perfectly fine.


the 16" macbook pro with the improved cooling is a huge step forward in MacBooks for music production.
couple friends have it and they all absolutely love it. it's a great machine
Reactions: DanMan619

If your DAW of choice is Logic Pro X you might want to take a look at this thread: 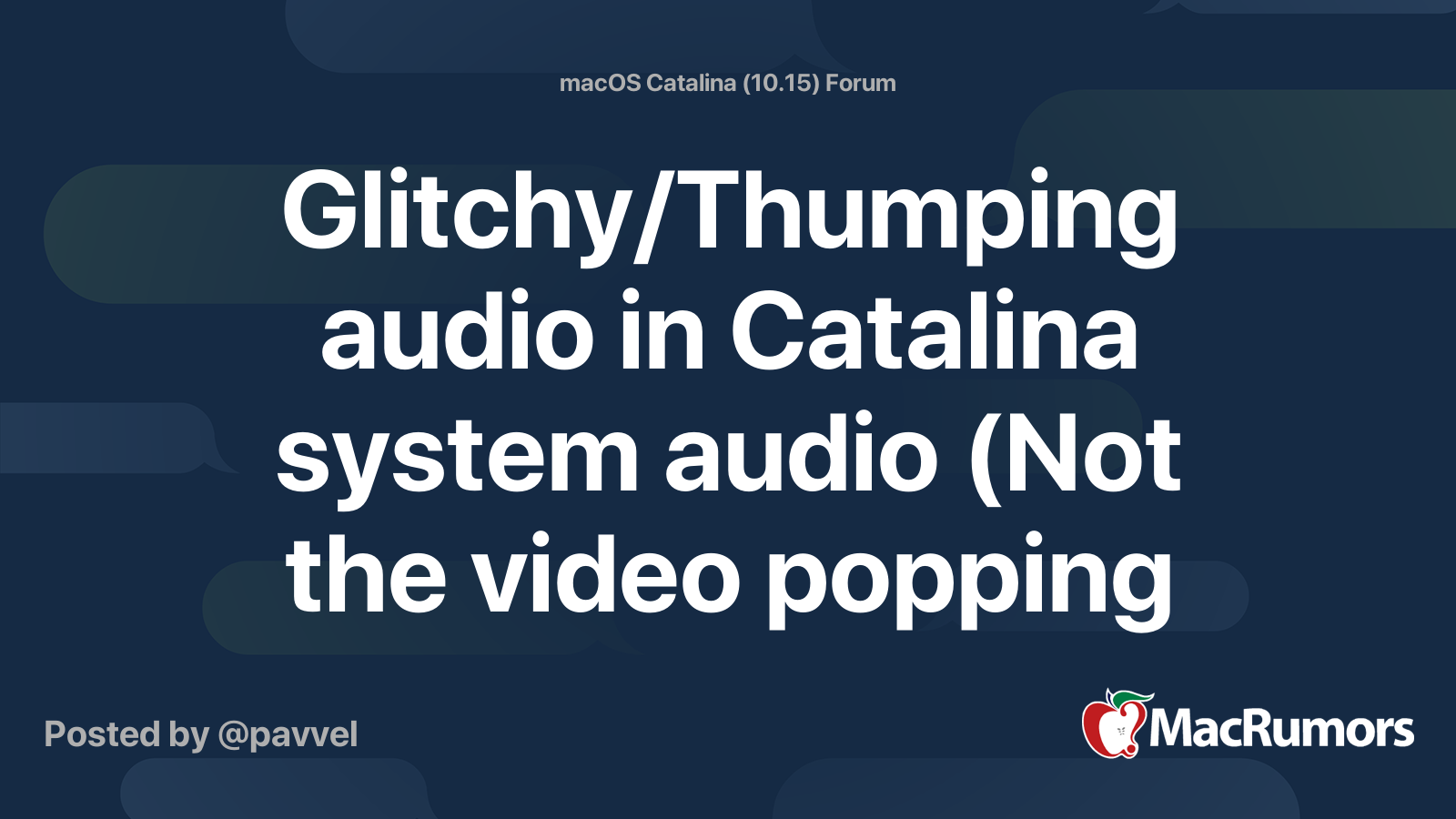 Hello, I wonder if anyone else has noticed pretty bad audio problems in Logic Pro X. I have a new MacBook Pro 16" and noticed this weird thump static noises. Almost sounds like a muffled drum and distortion. I have noticed in Ableton but not as much. I also managed to run the same sound...

I wouldn't use a laptop for music production (at least in most cases).
I'd use a desktop Mac instead. iMac, or perhaps a Mini.
Reactions: ctrlzone
Z

Thanks for all your helpful answers, guys! 'Reasonable' didn't become reasonable enough in this case for me, so I ended up with a new strategy:

Go for a proper desktop computer now (self-assembled) without Mac and Logic, and rather buy a much cheaper config for Mac as an accessory later! So then I can always go home and do proper heavy-lifting when doing music, and when I'm traveling, I'll still have something really, really capable.

It runs really quiet and doesn't even break a sweat when producing music. Converting some videos is the only thing that really sees this thing getting some challenge, but it just fires through without issue.

If I could afford an MBP today as a portable computer on the side, it would probably be the 2.3 GHz 9980H (no point in the higher model, as mentioned above and elsewhere), 16 or 32 GB of RAM (depending on what I feel like price-wise), 1 TB of storage and GPU also according to what wallet allows. The new top GPU is awesome, but also not necessary.

But as it is, I probably won't be able to afford it until the next model comes out, so I'll just take a new consideration then.

Thank you guys a lot for all the helpful answers, will certainly bring my computer headaches here again!
Reactions: DanMan619 and ctrlzone