So I had this iMac I bought 3 years ago and decided to give it to my mother because I really don't have a use for it. Recently, she had some issues with it, turns out her problems were graphical. So I decided to take it back and give her my newer mac mini, and use this full time. I don't have a use for a powerful machine right now, so this will work fine. I sold all my gaming computers and equipment in favor of a $25/m subscription to Shadow cloud gaming. However, shadow doesn't seem to work well on this machine right now, even though it did a while ago. Either way, I don't game often, but on occasion I like to hop onto Ghost Recon (Update, Shadow works great with the new GPU).

After doing much research, I found that this computer could have been "built-to-order" with the HD4850, and while not super impressive, it will work just fine and allow shadow to load and display properly. I will be updating the CPU to the lower TDP T9900, however there will be no performance gain, it should allow the cpu to run slightly cooler (discovered that the T9900 will work, but may lose certain functions due to added technology on the E8435 "XSETBV/XGETBV, XSAVE/XRESTORE". The cooling for the CPU and GPU is done together, and the CPU is first in the stack, so the hot air from the CPU is all that I have to draw away air from the GPU cooler.

Update as of writing this; GPU came in a day early, so it's installed and working fine. Actually, I modified the cooling to work better. A quick description of what I did was remove the DVD ROM... because, well I have no use for it. There was a fan to cool it, so I rotated it to face the GPU. I had to cut 2 of its mounts and use high strength hot glue to place them into the new position. The DVD ROM heat sensor was then wedged in-between the GPU and heatsink as a way to automatically control the new-found GPU fan. The heat pipe and cooling fins still exist, but are placed after the cpu cooling fins. I believe this posed two problems;

1. The GPU cooler runs hotter and the heat had to travel further to cool.
2. The hot air from the CPU being cooled was the same air that was supposed to cool the GPU, so I believe that the GPU heatsink was heat-soaked and just couldn't effectively cool. A fan blowing on the GPU heatsink attached to the card (not the fins) allows for cooler overall operation. Furthermore, you can control all this with a fan controller app.

Installed High Sierra thanks to Colin's tool.
Relocated the ODD heat sensor to prevent fan issues.
Using macsfancontrol to keep ODD fan at 1500RPM, however, it will be fine without it.
Shadow Froze in game constantly using Mac, but not in windows on same machine, so now I am working on getting windows to install via bootcamp. Removing the cd-rom complicates this because machine requires cd-drive to install windows. I will be doing it manually and using USB. 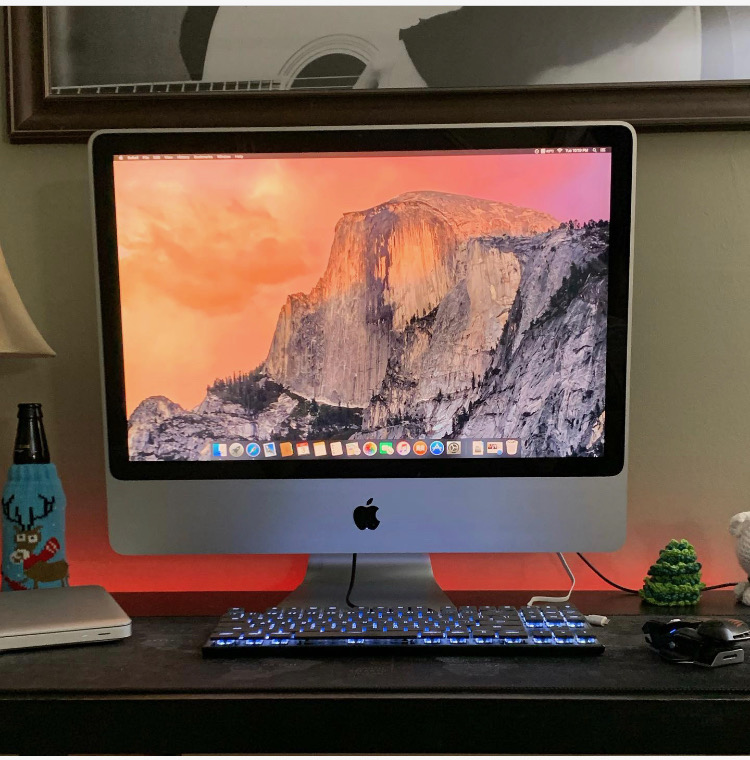 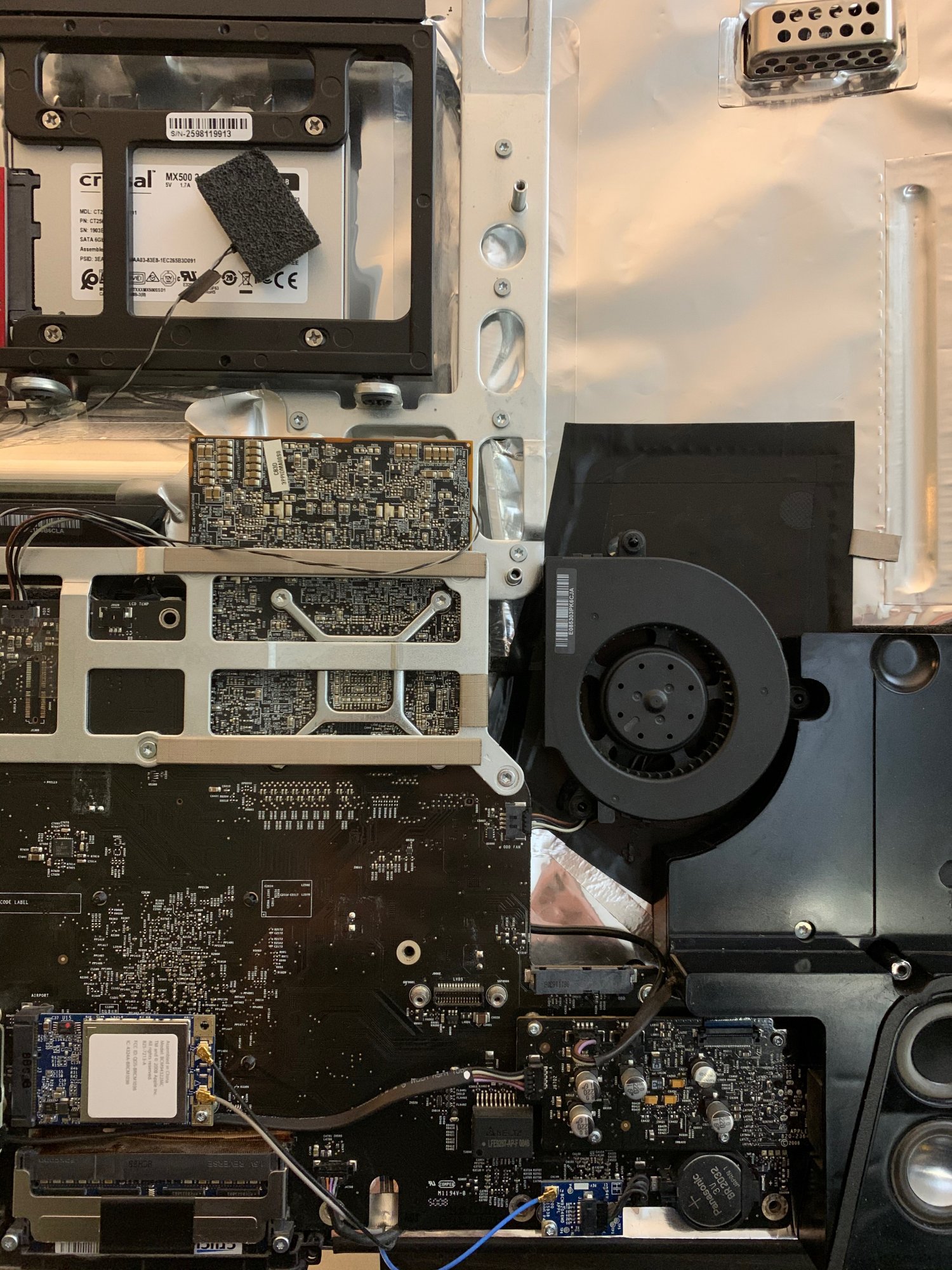 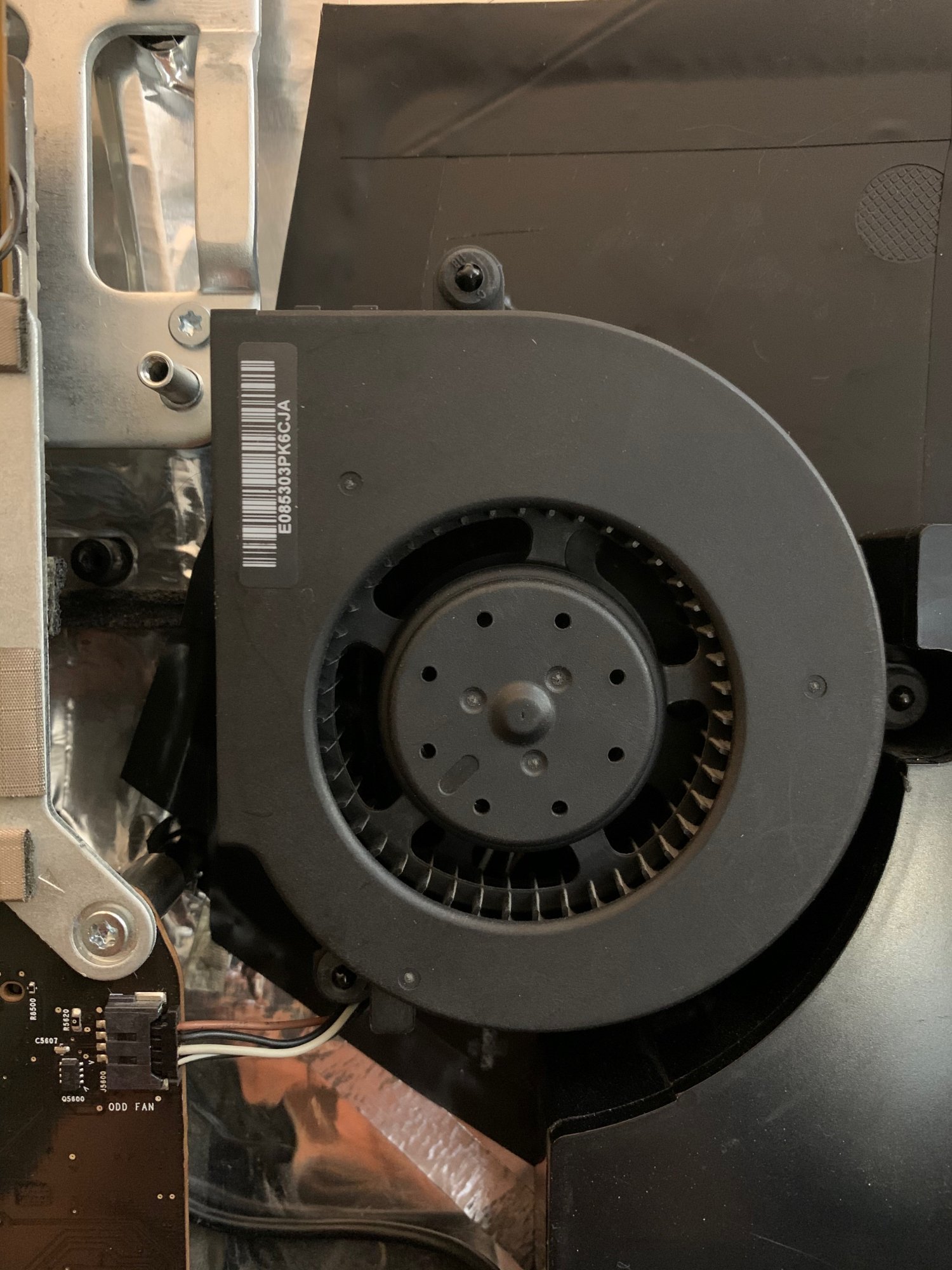 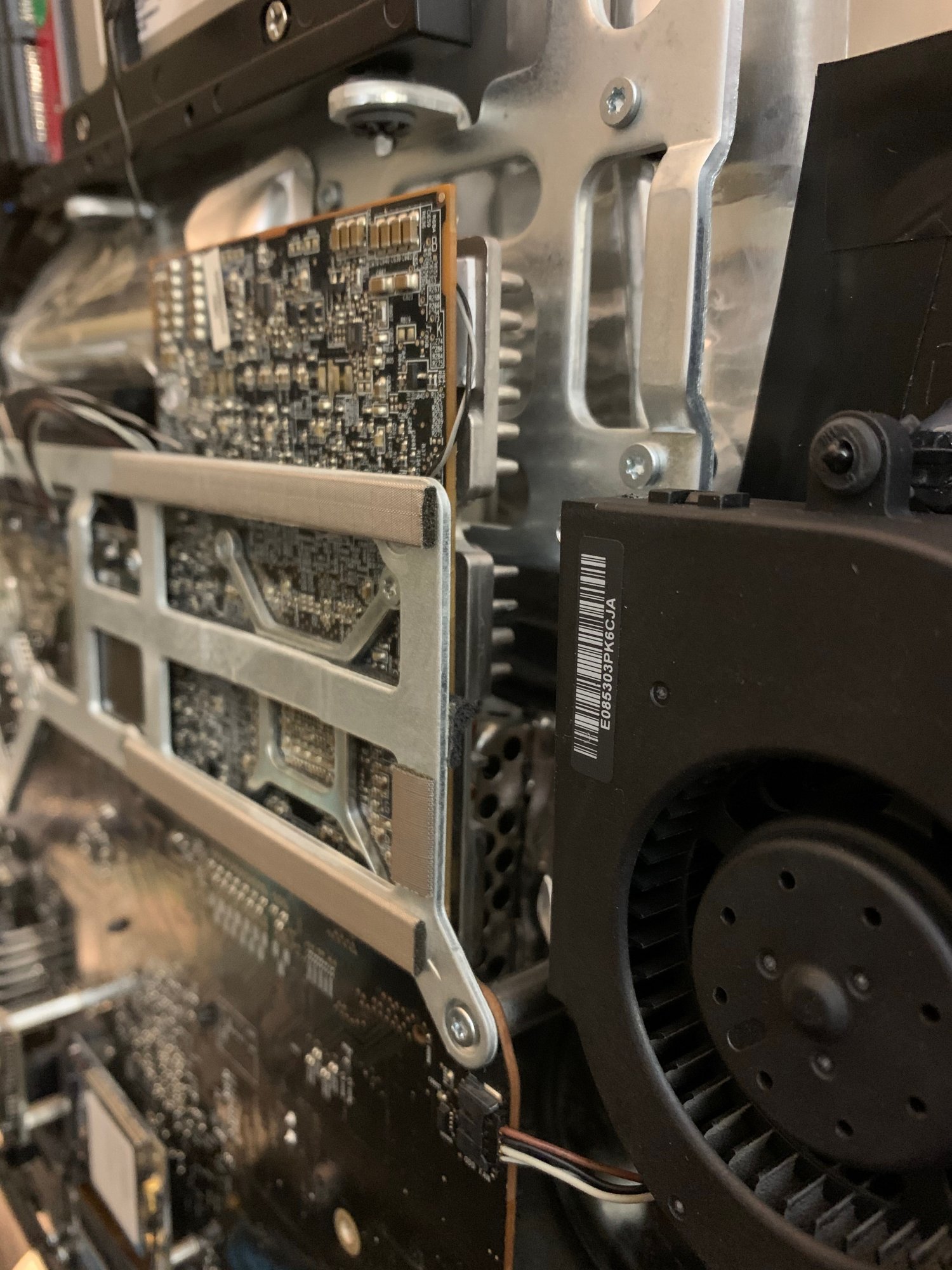 Update* I was able to Install Catalina (Thank you Colin) but also boot camped WIN10. Shadow gaming would freeze on any Mac OS on this machine, even tried a different CPU (T9500) and this GPU. Unsure why it works on other machines and not this one. So I thought Windows 10 would work, but there seems to be, I'm guessing some sort of driver issue. No bootcamp installs would work so I had to piece together all the drivers. Shadow worked on it, however, it was very laggy along with the mouse with extremely rapid movement no matter what settings I adjusted.