Netgear today announced a new mesh router in the Orbi family of products, called the Orbi Dual Band Mesh Wi-Fi System. The new system consists of one router and one or more satellites, and is aimed at homes that measure up to 4,500 square feet (with two satellites).

The router and satellites all feature the same design, measuring 4.1 inches on all sides and 2.7 inches tall. As with other mesh systems, after users purchase the base router they can continue to add on satellites to boost the range of the network throughout the home.

The new router delivers Wi-Fi at speeds up to 1.2Gbps, supports MU-MIMO for simultaneous data streaming, includes two high performance internal antennas, and is powered by a quad-core 710MHz processor. Because it's a dual band router, it also supports 2.4GHz (400Mbps) and 5GHz (866Mbps) bands.

The Orbi Dual Band Mesh Wi-Fi System features Netgear Armor cybersecurity, which is built into the router and satellites to protect the user's mobile devices and computers. Netgear Armor features anti-virus, anti-malware, and data protection for an unlimited number of devices.

The parental control settings and other features are performed through Netgear's Orbi app on iOS and Android, including the device's setup process. In the app, users can perform speed tests, manage devices on their network, troubleshoot connectivity issues, and more.

The Orbi Dual Band Mesh Wi-Fi System is available to purchase today for $229.99, including one router and two satellites.

That is some bad Photoshop work right there.
Reactions: Mattlike, felixen, e-coli and 21 others

man, why did apple have to go and stop making routers?
Reactions: JungleNYC, MacNeb, odin and 28 others
W

Still not seeing wpa3 support on this thing...
Reactions: ajfahey, odin, centauratlas and 1 other person
A

Why dual band? There should be a separate 5GHz band like the RBK50.
Reactions: ajfahey, MareLuce and Tesseract
H

alexandr said:
man, why did apple have to go and stop making routers?
Click to expand...

A modern day Airport Express that had Alexa (I was going to say Siri, but unfortunately it is still miles off the competition) like qualities and able to create a mesh Wi-Fi network around the home/small workplace would be amazing.
Reactions: JungleNYC, kazmac, jezbd1997 and 1 other person
T

alexandr said:
man, why did apple have to go and stop making routers?
Click to expand...

Ubiquiti routers seem interesting. Especially since they’re targeted towards enterprise. But idk how good they are compared to these Netgear and Linksys.

I’ve been thinking about getting their consumer-targeted Amplifi but it just seems too constrained in features compared to the business-line Unifi.
Reactions: BeefCake 15 and thisisnotmyname
J

I would be more interested in this router if were tri-band.
Reactions: jazz1, picaman and Sasparilla

messing with network traffic - even with the goal of 'parental control' - is a pretty bad idea. there are countless way to hide stuff. on device content blocking is far superior. and look, iOS and macOS already has support for it..

sure, for a proper mesh you'll need high gain antennas for the radio that does the mesh part. but not possible at that price point. this one has it: https://mikrotik.com/product/audience , but each piece is $169
B

Low price and most likely equally low performance. If you can afford a 4500 sqf home, you can probably also afford good wifi. This seems useless.
A

Advertising MU-MIMO on a two stream router makes no sense. Most clients are dual antenna and so to have two MU capable clients active in parallel in MU you’d need a minimum 4 stream / 4 antenna router otherwise they just operate in standard SU-MIMO like every other client.
S

As far as I can tell no Wifi6 right?
Reactions: MareLuce, aressaress, Tesseract and 4 others

I'm super happy with tri-band Netgear Orbi RBK53 kit I picked up at Costco three years ago. I never think about it or mess with it, everything seems to work.
Reactions: Keane16, ds2000, Applebot1 and 7 others

Ballis said:
Low price and most likely equally low performance. If you can afford a 4500 sqf home, you can probably also afford good wifi. This seems useless.
Click to expand...

Yeah, there's a point where it's worth paying someone a few hundred bucks to run cat6 network cable to the most optimal spots in your home to set up wired access points there. If you have something like 4500sqft you're already well past that point.

Not to mention, while the guy is installing cable, might as well have him run network drops to your entertainment center and home office, so you can put that stuff on the wired network. The more stuff on your wired network, the better wireless will perform too.
Reactions: dave070, odin, aressaress and 4 others

Netgear sells Orbi tri-band solutions. I think this is a new "budget" offering for them.
Reactions: aressaress, picaman, H3LL5P4WN and 3 others
L

One local Ethernet port is not going to me off my old Airport Extreme. I would a switch in addition to this device to approach the utility of my current base station.

Where are the HomeKit enabled routers that Apple mentioned in June?
Reactions: gcmexico, centauratlas, Tarantularock and 1 other person
C

I have 2 AirPort Extremes and 2 airport express devices in my house. I guess it’s not a true mesh, but I pay for 175 down from xfinity. I routinely get 150 near the extremes and 100 near the express.
4

Strigoi said:
As far as I can tell no Wifi6 right?
Click to expand...

I don’t believe so. I checked their ‘spec page’ and I didn’t see anything listed about WiFi 6 capability. I also reached found their community support page for further clarification. 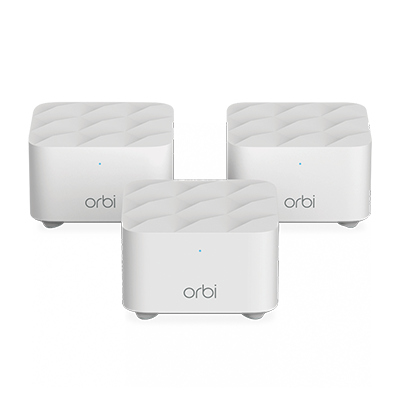 Why buy a new router with old technology?
Reactions: MacNeb, ErikGrim, MareLuce and 9 others
M

maybe I'm dense but if 5ghz only goes up to 866mbps, how can the router provide up to 1.2gbps? Or is that aggregate across all devices connected at once?
[automerge]1571070704[/automerge]

Why buy a new router with old technology?
Click to expand...

and wifi6 isn't fully baked yet. Since ap's tend to be long term purchases, I'd wait for gen2 at least. Besides, wifi6 is more about congestion than performance.
Reactions: randomplaydo, aressaress and Tesseract

There is no doubt that WiFi is ubiquitous, but keep an eye out for CBRS based public/private LTE in the coming months/years. WiFi is TERRIBLE at power management, it is always "yelling" (i.e., full power) even if you are close to a base station. LTE is much more power (battery) friendly.

I realize LTE band 48 might not mean a lot to most folks, but it's a huge step forward. Apple, Samsung, etc., would love to find a way to eliminate WiFi from their phones (less antenna, less space for transceivers, more efficient LTE battery consumption, etc.), but alas, WiFi is very very popular and won't go down without a fight … but remember the analog audio port … Apple (even Samsung) eventually got rid of it.

I concede it may take many years before CBRS / LTE becomes more popular than WiFi, if ever, but imagine putting an LTE hotspot in your home versus a WiFi hotspot ... that is where all this could be headed.
Last edited: Oct 14, 2019
Reactions: Applebot1 and jezbd1997
You must log in or register to reply here.
Share:
Facebook Twitter Reddit Email Share Link
Register on MacRumors! This sidebar will go away, and you'll see fewer ads.
Sign Up
Top Bottom