KGI Securities analyst Ming-Chi Kuo has issued a research note corroborating rumors that Apple will release a new 4-inch iPhone next year, which he believes will resemble an upgraded iPhone 5s and launch in early 2016. 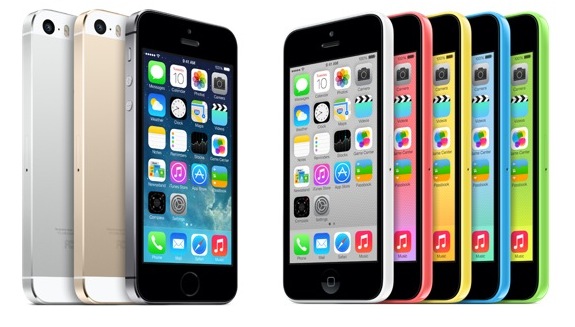 While new model may not generate huge sales, Apple still has good reasons to launch. These are: (1) still-existing demand for 4-inch smartphones. We estimate 15-17mn 4-inch iPhones will be shipped in 2015. We estimate the new 4-inch model will account for 8-9% of total iPhone shipments in 2016F; (2) expected price of US$400-500, with the aim of penetrating emerging markets and consumers on smaller budgets; and (3) adoption of NFC will support Apple Pay, benefiting the ecosystem.
Click to expand...

Kuo expects the new 4-inch iPhone to have an A9 chip manufactured by both TSMC and Samsung, 2.5D cover glass with curved edges like on the iPhone 6s, NFC for Apple Pay, metal casing with at least two to three color options, and identical camera specs to the iPhone 5s -- an 8-MP rear-facing camera and 1.2-MP front shooter.

Kuo forecasted that full-year shipments of the new 4-inch iPhone will reach 20 million units, with production beginning in the first quarter of 2016. The research note said the new 4-inch iPhone could be priced at between $400 and $500 in the U.S., which would be $149 to $249 cheaper than the 16GB iPhone 6s.

The analyst also reaffirmed that the iPhone 6s may not outsell the iPhone 6, with a possible 30%-40% decline in quarter-over-quarter shipments, based on recently slowed orders within the supply chain. Kuo believes the new 4-inch iPhone could help the slowdown for suppliers.

Recently slowed iPhone 6s orders validates our prediction six months ago that the model may not outsell iPhone 6, potentially resulting in the supply chain returning to a normal cycle starting 1Q16F, and with shipments declining 30-40% QoQ. While the new 4-inch iPhone may not catalyze shipments, it should still help mitigate slow seasonality for suppliers and a negative impact on share performance. This would also in turn raise investor awareness of the Apple supply chain.
Click to expand...

Kuo added the iPhone 7 will enter mass production in the second quarter of fiscal 2016.

While this is just a rumour, I'm glad that they are building momentum. It makes it more likely that they are true.
Reactions: skinned66 and mbh1976

So, where's the flood of pixelated pictures of new parts for this handset?
Reactions: Dopestar, JerTheGeek, Shirasaki and 8 others

Not sure about the source's reliability, but there is a market for a "cheaper" 4" iPhone for sure ...
Reactions: ATC and skinned66

For a while I thought I didn't need or want a bigger phone but since having my 6s, I don't think I could go back to 4". (Insert size joke here)
Reactions: lionkin, Dopestar, Shirasaki and 7 others

So basically Apple updating the 5C to the 6C (or whatever they call it) and a metal case instead of plastic.
Reactions: Qbnkelt
S

Gotta do something with those left over A9 chips. lol

I hope they finally try to attack the android market on price point just a little. I would like to see increased market penetration.
Reactions: Cayden, tongxinshe, iOSFangirl6001 and 1 other person

Well at least it's getting the A9 processor, so that's great 'but it'd be more Apple-like to give it A8 instead to save some dough.
Last edited: Dec 3, 2015
Reactions: Apple Human, LiveM, Vanilla35 and 2 others

would not be surprised to see the A8 instead..
Reactions: SusanK, Eduardo Forneck, Apple Human and 6 others

If true, this will be THE iPhone for all those who still gripe about the iPhone 6 models being "too big"... a chance for those apparent multitudes to put their money where their mouth is. It will be interesting to see how many "first world" units sell vs. the bigger-screen iPhones. Will some? Sure. Some 3" iPhones would sell too as would some 6.5" iPhones if Apple rolled either out.

The question is will many sell (other than in countries where the price is the most key variable in choosing this one over the larger-screened iPhones)? It looks like we may get to find out.

And, IMO, that's great. Choices are good. One (or two) size(s) does not fit all.
Reactions: Apple Human, Cayden, Mr. Donahue and 3 others

HobeSoundDarryl said:
If true, this will be THE iPhone for all those who still gripe about the iPhone 6 models being "too big"... a chance for those apparent multitudes to put their money where their mouth is. It will be interesting to see how many "first world" units sell vs. the bigger-screen iPhones. Will some? Sure. Some 3" iPhones would sell too as would some 6.5" iPhones if Apple rolled either out.

The question is will many sell (other than in countries where the price is the most key variable in choosing this one over the larger-screened iPhones)? It looks like we may get to find out.

I am one of the people who wants to see a new 4" iPhone. But not getting this phone won't mean in not putting my money where my mouth is. I want the newest iPhone in 4", not some repackaged iPhone from 2 years ago.
Reactions: Porsupah, chinchillas, kettle and 24 others

If we could get an almost full phone display with the removal of the physical home button and changing the arrangement of the ear piece/front camera then this would be nearly the same size with a larger screen.
Reactions: S G
A

Oblivious.Robot said:
Well at least it's getting the A9 processor, so that's great!
Click to expand...

Great news for those that want it with current specs - for one thing - I was sure they will not have the 6 and 6s as the free phones next year so this fits Apple MO with their margins.
B

Ill certainly get one if this is true.
Reactions: nyboilermaker, Lazy and zed1291

How can there be a demand for a phone with a .7 inch smaller screen? Doesnt seem worth it , why not just reduce the bezel on the next iphone
Reactions: skinned66 and doctor-don

cableguy84 said:
How can there be a demand for a phone with a .7 inch smaller screen? Doesnt seem worth it , why not just reduce the bezel on the next iphone
Click to expand...

Because 4.7" is way too big. I hate reachability and I never want to have to use it again.
Reactions: koolmagicguy, Porsupah, chinchillas and 19 others

Not seeing it .....
The "older parts for cheaper" has never been successful.
Reactions: SusanK and trifid

So I might get my first iPhone a bit earlier. Honestly, the purported lack of features (force touch, crazy fine camera) is refreshing. Apple Pay is important, though, so that's nice.
Reactions: LiveM, Narg and Dydegu

Rogifan said:
So basically Apple updating the 5C to the 6C (or whatever they call it) and a metal case instead of plastic.
Click to expand...

Yes. That's all this rumor suggests they are doing (if you don't count all the other things: Apple Pay, A9 processor instead of A6, 2.5D glass, etc.).

It may very well be that Apple plans to split a bit the lineup of iPhones. 3 sizes, 4, 4.7, 5.5. It would make sense to leave for now the iPhone 5S updated, and with higher price tag than currently, and for iPhone 7 bring 3 new formats.

Then they would have 3 sizes with 3 price points and performance.

And the end result is: more money for Apple.
Reactions: Cayden and StoneJack

I would not mind trading some bezel for some screen real estate..
One handed use is the killer feature. The *,*"-size is less relevant
Reactions: attila and tongxinshe

If it has an A9, don't expect it to be $150-250 less. Maybe $100 less, especially if they skimp on the camera and 3D Touch. It's too bad, however, that those who are willing to pay but need a smaller device can't get the best iPhone out there. Just like 6s users are stuck with worse video than the 6s Plus owners who have great stabilization, even though there is no physical reason they couldn't have added it. The size of our hands should not dictate which features we are allowed to use. Apple should be ashamed for denying features based on accessibility, which they usually champion for. Especially if the 4" size is seriously limited. Users with smaller hands (including many more women than men) should not be discriminated against in this way. Just charge the same as you always did for 4" devices. The market can withstand it—they did before!

Just to be clear, I'm perfectly happy with my 4.7" 6s. But I know many people, especially women who refuse to upgrade because they don't want to use a "big phone", even though to you and me the 6s is not big. As someone who does UX design as a big part of their job, I'm always having to put myself into other people's shoes. It just plain sucks for people who used small phones for years and now have to stretch and balance and try not to drop their phone just because big phones are currently trendy. Reachability helps to a certain extent—but it doesn't make it easier to hold and it doesn't make it suddenly fit back inside girl jeans.
Reactions: Dayv, EwanMcTeagle, Shirasaki and 17 others
You must log in or register to reply here.
Share:
Facebook Twitter Reddit Email Share Link
Register on MacRumors! This sidebar will go away, and you'll see fewer ads.
Sign Up
Top Bottom