At least seven Apple suppliers have reportedly kicked off circuit board-related shipments for upcoming Apple products, and this notably includes third-generation AirPods, which are expected to be released later this year. 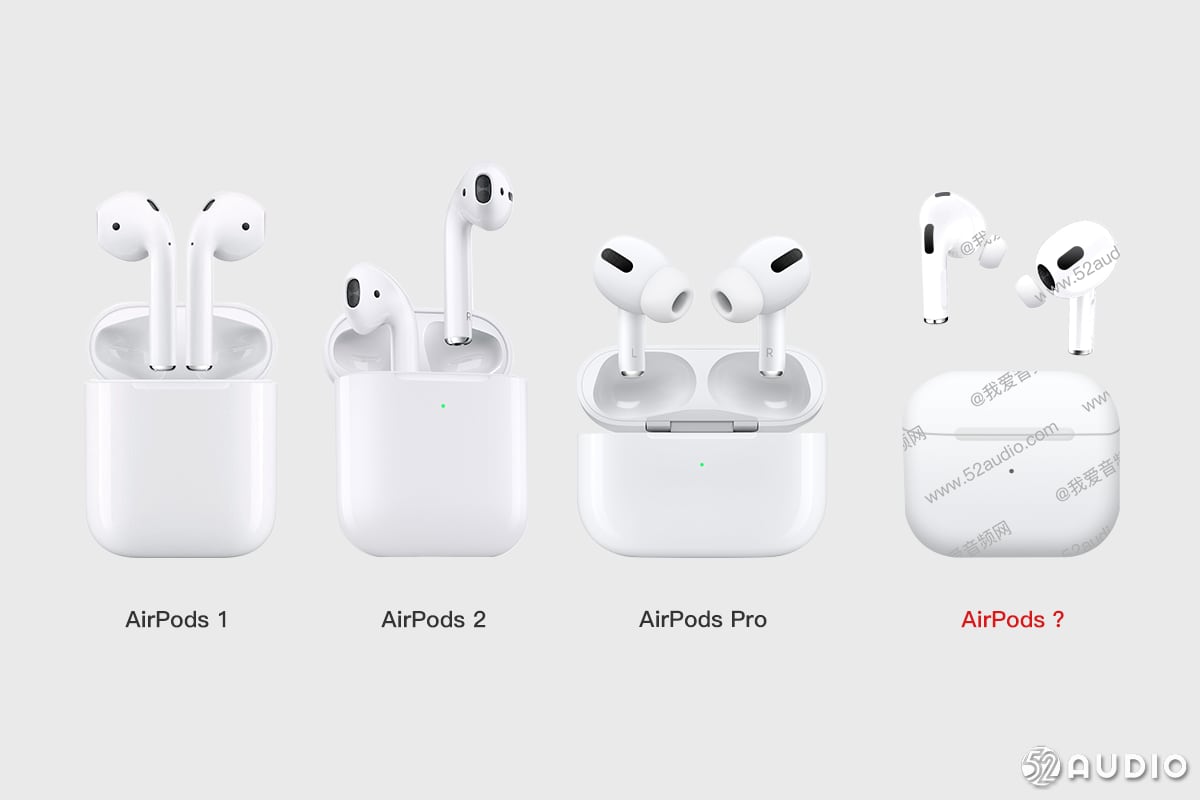 "Suppliers including Semco, LG Innotek, Kinsus, Unimicron, Nan Ya, Zhen Ding and AT&S have all kicked off their BT substrate shipments for Apple's next-generation products including the Apple Watch, AirPods and iPhone, which all adopt SiP modules," a paywalled DigiTimes report claimed today, citing industry sources.

Bloomberg's Mark Gurman and Debby Wu previously reported that the third-generation AirPods will be released later in 2021 with a similar design as the AirPods Pro, including shorter stems. This would mark the first update to the standard AirPods since March 2019, when the second-generation pair launched with the H1 chip for hands-free "Hey Siri" functionality and up to 50 percent more talk time than the original AirPods.

As for the AirPods Pro, a second-generation pair with fitness tracking are rumored to launch next year, and they may have a more compact design similar to Apple's new Beats Studio Buds released earlier this month.

Hope there is no price increase.
Reactions: SackJabbit, michaelnugent, Shirasaki and 9 others
P

I just got the airpods Pros yesterday . They are pretty nice I must say.

To put this in context, this is my first ever set of airpods. I have had the cheap SoundPeats ones before. The integration and ease of use is a big factor with Apple products and these are no exception. Movies on Disney+ sound great.
Last edited: Jun 23, 2021
Reactions: michaelnugent, One2Grift, coachingguy and 3 others
M

Sir Jony must be upset.
Reactions: DanTSX, michaelnugent, macguru212 and 3 others

This fall going to be an exciting season
Reactions: calstanford, aesc80, performa_6400 and 1 other person

KaliYoni said:
What, no bright colors for matching your iMac? No thinner, thinner, thinner? No new emojis and memojis? Just slightly "more compact" and increased functionality?

I mean, wasn't there an article that said Jony was involved in the M1 iMac design? Who knows with this.

Theyayarealivin said:
This fall going to be an exciting season
Click to expand...

This. My Apple Card and savings account are ready!
Reactions: calstanford and TheYayAreaLiving

I'd like a new pair of regular AirPods. I love my first and second generation ones primarily because they aren't in ear like most other truly wireless buds. I'm hesitant to buy another pair, however, because on both sets, it is tough to get one of the AirPods to charge. It doesn't seat properly in the case. This may be because I do run in them, which means they do get sweaty sometimes.

Anyone have any recs on other truly wireless headphones to try?
Reactions: beermode, calstanford, alexandr and 2 others

I hope they still make a model that doesn't use the silicone ear trips. I just don't prefer those.
Reactions: rlistenb, michaelnugent, WLSON and 9 others

svish said:
Hope there is no price increase.
Click to expand...

However, you wonder will Apple, due to a likely teardown analysis of the Sony WF-1000XM4, may do some revisions to the AirPods 3 and AirPods Pro 2 to make them more competitive, like tweaking the functionality of the rumored H2 chip on the phone?

If only Apple would make the batteries replaceable. I would think it’s possible for a company that “cares” about the environment.
Reactions: ealeks, michaelnugent, Tofupunch and 6 others
K

A limit is not a target!
Reactions: LlamaLarry, michaelnugent, deeddawg and 10 others
M

Is there any actual difference between the regular Airpods 1 & 2 besides the case?

Khedron said:
A limit is not a target!
Click to expand...

It can be if that’s what’s available 😂
Reactions: mazz0, calstanford, coachingguy and 1 other person

macsound1 said:
Is there any actual difference between the regular Airpods 1 & 2 besides the case?
Click to expand...

AirPods 2 may look the same but it has many under-the-hoods enhancements:

which isn't really a price increase- not that I'm defending that price point.

$199 is MSRP for gen 2 with wireless-capable charging, charge case.
P

So the beats have ANC but no H1/W1 Chip and cost $149.99 and the new airpods will lack ANC but have the W1/H1 chip. Not sure how it will make sense for the airpods to be priced above the beats, but it is apple after all.

Just make them black and make them actually sound good. Please and thanks. I want my first pro’s but not what is out now
N

I love them, but the charging contacts (in the case) need a redesign. They too often lose connection, resulting in the AirPods not only failing to charge, but ‘connecting’ when you don’t want them to, thus further draining the battery!

The original AirPods were worse in this regard, but the AirPods Pro have the same issue. The internal contacts need to be larger so the surface area of contact is greater. It’s the ONLY thing I don’t like about them.
Reactions: LlamaLarry and rlistenb