Along with the new Mac Pro and Pro Display XDR, Apple has added a variety of related accessories to its online store. 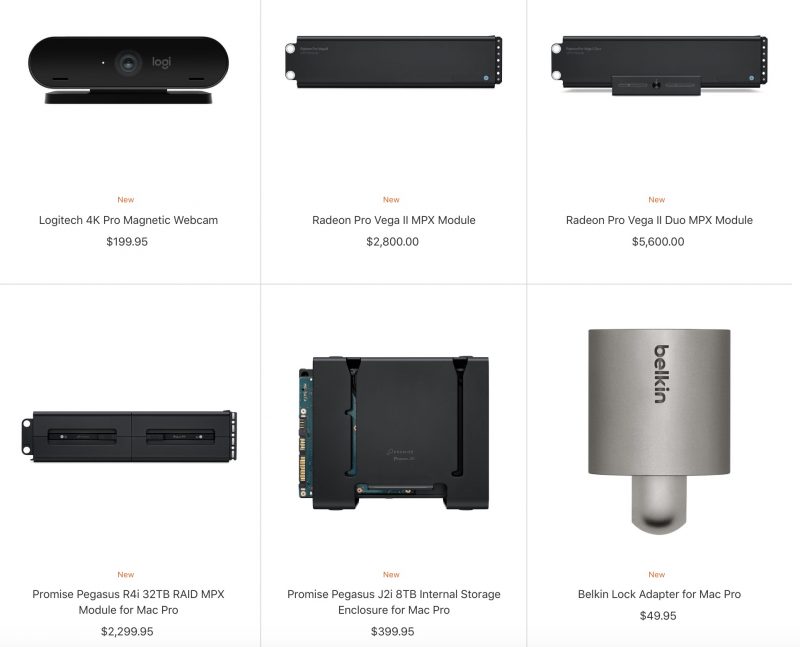 For the Pro Display XDR, there is an optional $999 stand, a VESA mount adapter, and Logitech's 4K Pro Magnetic Webcam for $199.95. 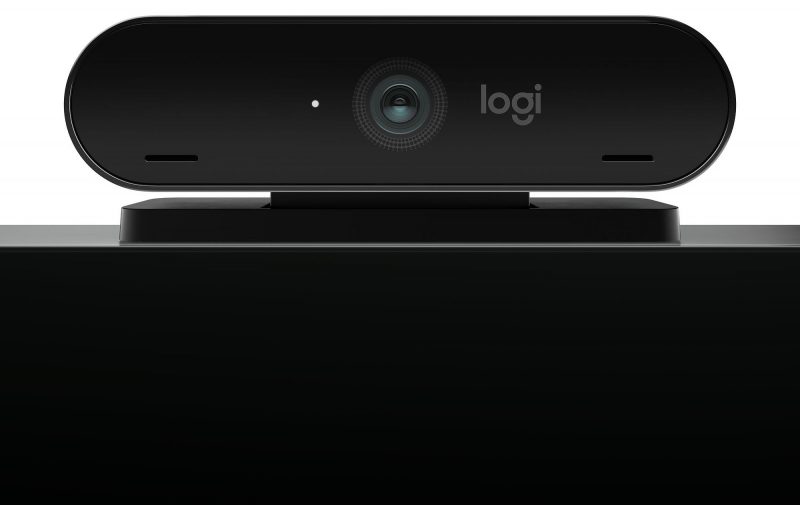 Many of the accessories ship within the next week, but some are not yet available. 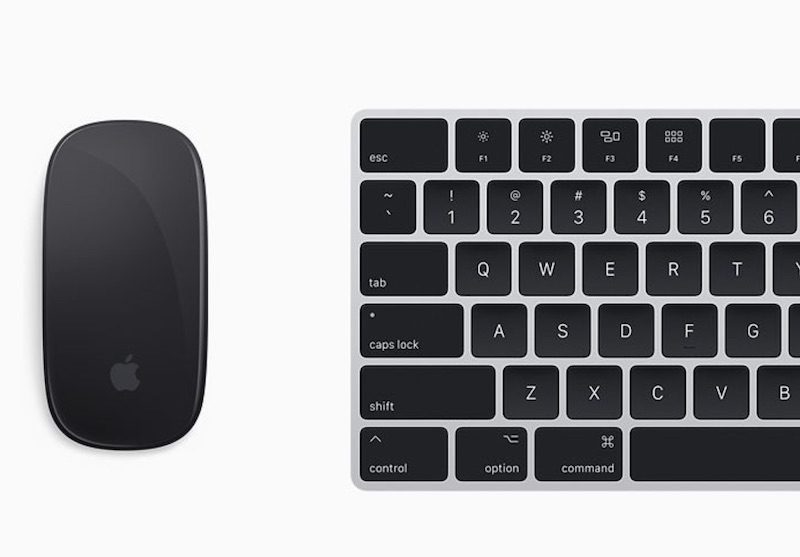 This is similar to when Space Gray versions of the Magic accessories were limited to the iMac Pro when that computer launched in December 2017, but they became available to purchase separately in March 2018.

See Apple? You couldn't have any of these internal expansion options with that silly trashcan design.

And Thunderbolt 2 devices didn't exactly take off either.

Thank you for realizing (again) that the tower form-factor is great!
Reactions: mburkhard, Reed Black12, Dj64Mk7 and 1 other person

Nice. Add an ugly webcam to your gorgeous display.
Reactions: Brandhaus, sideshowuniqueuser, martyjmclean and 2 others
W

Macrumors staff! Never forget to price-check everything. The stand is $899.

Any idea if that webcam has a microphone? Also, how do I get an NVMe SSD into the mac pro? Nothing available yet from a third-party?

Specced out at 48 grand, I’m surprised there’s not a more robust security accessory than a $50 cable lock adapter.
Reactions: trainwrecka

TIL the Pro Display XDR doesn't have a webcam 😂
Reactions: Dj64Mk7, SEmAN and Champagne_5S

I look forward to seeing what other MPX devices come out.
Reactions: Reed Black12

WilliamG said:
Macrumors staff! Never forget to price-check everything. The stand is $899.
Click to expand...

I would have LOVED a 'one more thing' surprise today which would be a 4K iSight Pro camera that was compatible with the XDR display but also could be mounted to any sort of tripod head standard screw in plug like my Manfrotto mini tripod. I'd buy it w/o thinking and put it beside my iMac.

They will probably be selling the keyboard and accessories at some point next year by themselves like they did with the iMac Pro.
Reactions: AMP12345

WilliamG said:
Macrumors staff! Never forget to price-check everything. The stand is $899.
Click to expand...

Space Gray keyboard, trackpad, and mouse were originally iMac Pro exclusives. I am sure they will trickle down for purchase eventually. Perhaps they will replace silver and space gray versions altogether?

I think it's silly that they still use Lightning connector for charging though. Apple should move them to USB-C.
K

Veinticinco said:
Specced out at 48 grand, I’m surprised there’s not a more robust security accessory than a $50 cable lock adapter.
Click to expand...

Show me any workstation that does.

So what I'm seeing is you can't just slot any PCI-E GPU into this machine? Your only upgrade path is through Apple? What a disappointment.
A

I want that keyboard, but without the numeric keypad, please.

There a lots of Thunderbolt 2 devices available..
M

There a lots of Thunderbolt 2 devices available..
Click to expand...

What I meant was... Apple thought all the expansion should be on the outside of the computer with the trashcan Mac Pro.

That plan obviously didn't work out too well since they switched back to internal expansion on the followup.

As for Thunderbolt 2... yes there were devices... but wasn't it pretty much an Apple-only thing?

I dunno. In my mind Thunderbolt and its devices really came into the spotlight with version 3... that's what I meant by "take off"

Anyway... no one should spend this much time discussing TB2...
Reactions: martyjmclean

BlargKing said:
So what I'm seeing is you can't just slot any PCI-E GPU into this machine? Your only upgrade path is through Apple? What a disappointment.
Click to expand...

Nope! You can use third party.

Isn't the mouse just the one already available here?

EDIT: It has been pointed out that the pro market does not want a camera - security and privacy issues trump the convenience of it being built into the monitor. I would want it, but I would still cover it 99% of the time.
Last edited: Dec 11, 2019
Reactions: Brandhaus and SigEp265
You must log in or register to reply here.
Share:
Facebook Twitter Reddit Email Share Link
Register on MacRumors! This sidebar will go away, and you'll see fewer ads.
Sign Up
Top Bottom