Over the last few months, an increasing number of references to AMD processors have been uncovered in macOS Catalina code, starting with the 10.15.2 beta in November and now continuing in the 10.15.4 beta.

Given that Macs currently use Intel processors, the references are naturally prompting speculation that perhaps Apple plans to release Macs with AMD processors, but this is unconfirmed as of yet. Apple does rely on AMD for graphics in select MacBook Pro, iMac, iMac Pro, and Mac Pro models. 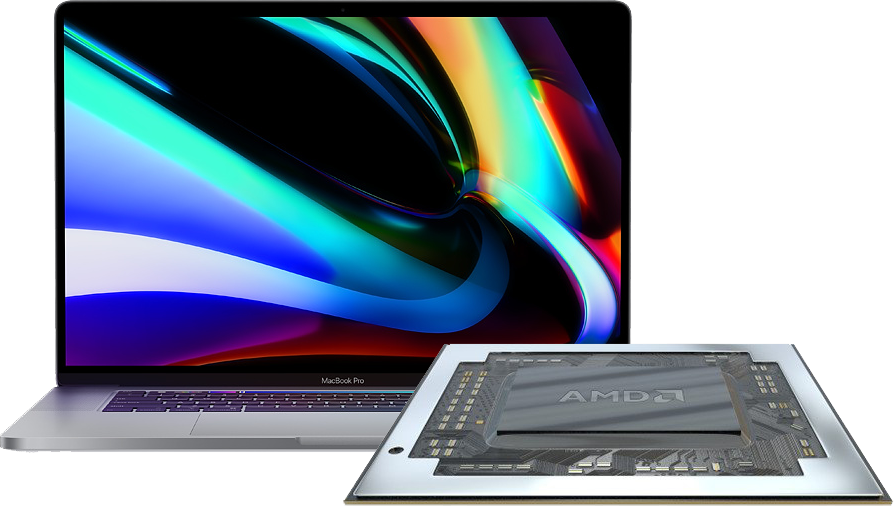 Many of the references contain codenames of AMD APUs such as Picasso, Raven, Renoir, and Van Gogh. APU or Accelerated Processing Unit is AMD's marketing term for a CPU and GPU on a single chip.


https://twitter.com/i/web/status/1225381275617415168
A few months ago, an unsubstantiated report from Taiwan's Economic Daily News claimed that Apple plans to announce a high-end gaming Mac at WWDC 2020. If there is any truth to the rumor, then it is certainly possible that the Mac could be powered by an AMD APU, but many gamers are skeptical.

It's worth noting that we haven't heard any rumors about AMD-based Macs specifically, and it is also possible the references are for internal testing only, so adjust your expectations accordingly.

APUs might be good for a cheaper iMac or a Macbook Air
Reactions: warnergt, ASentientBot, ksec and 7 others
Comment
O

wouldn't it be better to go ARM chips instead?
Reactions: marvinscharle, TechZeke, ex0dus1985 and 24 others
Comment

where are the nvidia rumors?
Reactions: marvinscharle, Precursor, fahlman and 8 others
Comment
B

I think this would be great for competition. AMD has been killing it in the CPU market recently, offering comparable performance to Intel chips for way less. If Apple made this move it would really force Intel to improve the price to performance of their chips.
Reactions: planteater, ex0dus1985, brainkilla and 17 others
Comment
E

farewelwilliams said:
where are the nvidia rumors?
Click to expand...

This is for processors, not GPUs. Apple does not seem to have any plans to switch back to Nvidia for their GPUs.
Reactions: ksec, shadowbird423, MrUNIMOG and 3 others
Comment

Apple should have bought AMD a couple of years ago when they were at $2 per share. Would have given them even more control over the Macs graphics and now (possibly) processors.
Reactions: TechZeke, brainkilla, redgreenski and 21 others
Comment

You’re not gonna get a high end gaming computer with an AMD SoC
Reactions: marvinscharle, ex0dus1985, WoodpeckerBaby and 12 others
Comment

We are still waiting for an update for the issue on the Radeon Pro 5500M with the MacBook 16-inch!
Reactions: jb-net
Comment

A 16-core Ryzen iMac with a new design and speakers by the team that worked on the MBP16 hardware would be just what the doctor ordered.
Reactions: ex0dus1985, brainkilla, vel0city and 14 others
Comment
S

If high end means starting at $2k and having user-replaceable components, shut up and take my money! If high end means $6k (like the new Mac Pro) or the $1k monitor stand, I have no choice but to look elsewhere.
Reactions: jblagden, RedTheReader, Menneisyys2 and 14 others
Comment

Freida said:
wouldn't it be better to go ARM chips instead?
Click to expand...

Peace said:
You’re not gonna get a high end gaming computer with an AMD SoC
Click to expand...

Not as long as games aren't multi-threaded and well-parallelized. But that is changing / has changed.
Reactions: GalileoSeven, jblagden, HVDynamo and 3 others
Comment
R

I expect this is for one particular audience: Intel.

No way better to negotiate a better price than threatening to go to the competition. How better to make it look like a possibility than to show the competitors product working.
Reactions: GalileoSeven, warnergt, jblagden and 6 others
Comment

benshive said:
I think this would be great for competition. AMD has been killing it in the CPU market recently, offering comparable performance to Intel chips for way less. If Apple made this move it would really force Intel to improve the price to performance of their chips.
Click to expand...

Comparable performance? They’ve been crapping all over Intel in multi-threaded work.
Reactions: ex0dus1985, brainkilla, jblagden and 10 others
Comment
B

Bandaman said:
Comparable performance? They’ve been crapping all over Intel in multi-threaded work.
Click to expand...

Depends what you need the CPU for. For instance, gaming benefits most from good single core performance and Intel still seems to have AMD beat there. Not by much anymore though.
Reactions: stevekr
Comment

I am curious to have you guys explain to me (no facetiousness here!) what the benefit of adding a gaming PC or laptop to the Mac line would have for the macOS platform overall or Apple in general.

Apple did not become the largest company (by market cap) by beating Windows with macOS. It was the iPhone, which was an end run around the whole PC market. Does Apple stand any chance to take on the PC market segment and get well beyond single-digit market share?
Reactions: fahlman
Comment

benshive said:
Depends what you need the CPU for. For instance, gaming benefits most from good single core performance and Intel still seems to have AMD beat there. Not by much anymore though.
Click to expand...

No they don’t. They only have them minimally beat for games at 1080p. Anything 2K and higher ... the difference is almost non-existent. But yes they have them beat on single core, but not by much. A lot of things are moving to multi-threaded now that AND finally pulled their heads from their arses.
Reactions: ex0dus1985, nitant, hagjohn and 2 others
Comment

calstanford said:
APUs might be good for a cheaper iMac or a Macbook Air
Click to expand...

And Threadrippers for Mac Pros.
Reactions: ex0dus1985, fahlman, Yvan256 and 5 others
Comment
M

****. YES!
It’s about damn time. Get ready for more cores and more performance
across the board.

It looks like Apple really was just waiting on AMD to deliver the goods as far as laptop chips to finally begin sourcing x86 chips from AMD as well. Of course to be fair if Apple didn’t switch to AMD this year they would begin looking quite silly as Intel is getting absolutely wrecked in almost every segment.

I don’t think I’ve been this excited for an upcoming Mac release since the OG 5K iMac.

Thank God I’ve been waiting for this day since the release of the Ryzen 1700. Guess I’ll be buying a new Mac this year after all
Reactions: ex0dus1985, jblagden, Menneisyys2 and 2 others
Comment