KGI Securities analyst Ming-Chi Kuo has issued a note to investors, a copy of which was obtained by Japanese blog Mac Otakara, in which he corroborates rumors that the next-generation iPhone will adopt 7000 Series aluminum as used in the Apple Watch Sport. Kuo also claimed that Apple will retain the same design as the iPhone 6, although the smartphone may have slightly different dimensions.

The report claims that the next-generation iPhone could be wider and taller by about 0.15mm to account for the stronger 7000 Series aluminum design, while the smartphone may also be about 0.2mm thicker due to the addition of Force Touch. The new dimensions are marginal enough that most iPhone 6 users are unlikely to notice much of a difference with the so-called "iPhone 6s" design.

Apple explains the properties of 7000 Series aluminum on its Apple Watch website:

"For Apple Watch Sport, we started with 7000 Series aluminum -- the same used in competition bicycles. We altered it to create a new alloy that's just as light, yet even more durable -- it's 60 percent stronger than most aluminum, and one-third the density of stainless steel. It has a bright, lustrous colour and a uniform structure free of defects and impurities. Each case is machined and polished, then blasted with microscopic zirconia beads to achieve a consistent, satin texture. A special anodizing process creates a hard, clear outer layer that helps protect against scratches and corrosion."
Click to expand...

This is good. This is real good.

An iPhone actually getting thicker? That's surprising.
Reactions: nunes013, tresmith, bcc2k and 5 others

Wish they were making it thicker to accommodate a bigger battery -_-
Reactions: IVIIVI4ck3y27, nunes013, Mr Fusion and 24 others

Any specific reason for this? Is bendgate a significant issue after all?
Reactions: AleXXXa and EwanMcTeagle

Can't come soon enough! And I hope the black version is closer to the Space Black. Not a huge fan of my Space Grey 5s.
Reactions: AppleScruff1, ATC, iAbc21 and 5 others

oldmacs said:
Wish they were making it thicker to accommodate a bigger battery -_-
Click to expand...

You never know, they put a slightly larger battery in the 5S
Reactions: oldmacs
J

Anything that makes the phone stronger and more durable is fine by me.

Also, it's not obvious visually. It's exactly the kind of improvement Apple adds: Something that makes the haters chime "Apple never changes anything!" despite being a nice upgrade over what came before.
Reactions: Vanilla35 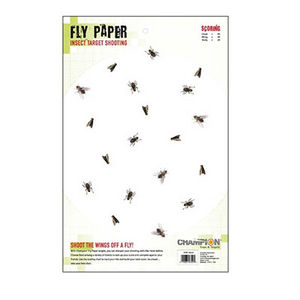 You know, a Stainless Steel Phone would go real nice with SS Watch.....

I just find it interesting that the iPhone 5 was black, then made into "space gray" for the 5S... And now that's just reverted this time around. #innovation
Reactions: Vanilla35

pgiguere1 said:
Any specific reason for this? Is bendgate a significant issue after all?
Click to expand...

Force Touch will use a new AMOLED display.

I would love to know how much Kuo gets paid to state things that even someone living under a rock would have been able to make a good guesstimate upon.
Reactions: imageWIS
E

This is great. I will be getting the iPhone 6s.
Reactions: DamoTheBrave

A stronger aluminium, so that the iPhone 6s won't bend when you put it in your pocket.

Innovation my ass!
Reactions: AleXXXa
I

Actually, the iPhone has gotten thicker before. The original iPhone was 0.46 inches thick, and the iPhone 3G was 0.48 inches thick. Data from Mactracker.

As for the rest of the article, making the casing stronger is only good news. I doubt it will mess too much with existing cases either as the iPad Mini 2 and 3 are slightly different thickness than the original Mini but they still share accessories.

MRU said:
I would love to know how much Kuo gets paid to state things that even someone living under a rock would have been able to make a good guesstimate upon.
Click to expand...

MR forgot the ever-present Kuo-qualifier "who has a respectable track record at reporting on Apple's upcoming product plans..."
Reactions: MRU, jpgr15, cmichaelb and 1 other person