Hardware.info points to a presentation slide from NVIDIA showing the range of products the company's graphics chips power. The tagline reads,"From Super Phones to Super Computers". The site also noted a strange looking Mac notebook in the middle of the lineup. 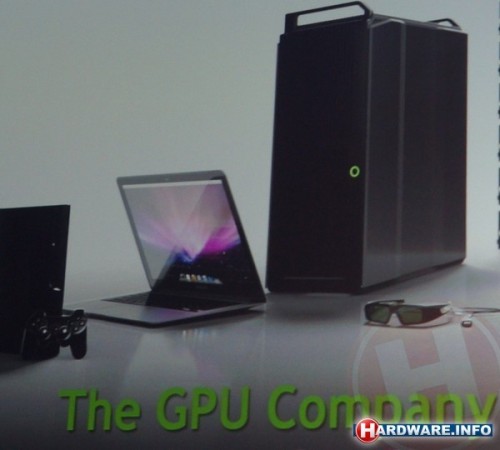 The notebook seems to carry characteristics from both the MacBook Air and MacBook Pro line.

The lower part of the body has a tapered rather than squared off shape like the original MacBook Air. Meanwhile, the screen has the black border of the MacBook Pro line. The MacBook Airs have all had silver borders on their screens ever since their release. NVIDIA also doesn't power any of Apple's Mac laptops at the moment, but is rumored to be powering the next generation MacBook Pros.

We frequently see ads and slides that seem to depict an upcoming device, though it's rare that they ever amount to anything more than creative artist renditions.

Update: As a number of commenters have noted, NVIDIA has been using this slide for quite some time and the desktop wallpaper on the machine is from Mac OS X Leopard.

Look in the reflection, you can see the unedited Macbook air. 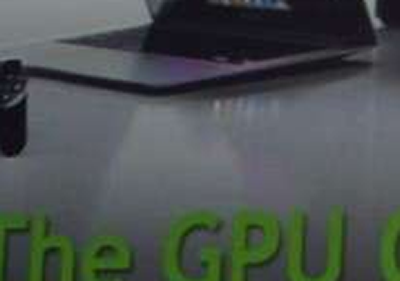 Moreover, the screen is edited on at a very, very awkward angle. If it were a real photo, you would expect the right side to be lower, and shifted more to the right.

Someone needs to tell hardware.info that that image has been floating around for over a year and is clearly a rendering.
K

uhh guys? this pic was already posted back in 2011: 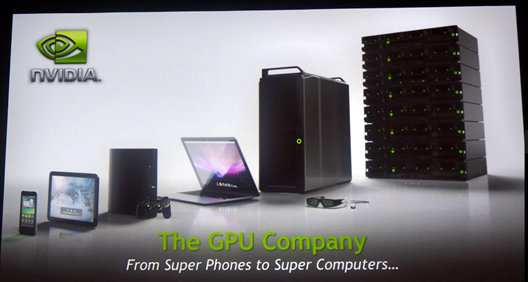 What if that's just the new MacBook Air, which now has a glass screen (thus the black border)?
F

As you can tell, The redesigned MacBook pro will ship with osx leopard as standard.

What about the games console??? PS4 Anyone?

The Hague, The Netherlands

Of course, Nvidia would have a rendering of such an unreleased product!

And it has a glassy screen, which I hope Apple begins to turn away from and either stick to just glossy like in the Air, or offer matte as an alternative across all Mac and display lines.
R

Please note here, if that were a new MBP it would run either Snow Leopard or Lion. That computer is running the original Leopard. Because of that, there is no possible way that it is a new, up-coming computer.
R

No way in hell is that a Mac Pro. Looks more like something Alienware would make.
N

Please note here, if that were a new MBP it would run either Snow Leopard or Lion. That computer is running the original Leopard. Because of that, there is no possible way that it is a new, up-coming computer.
Click to expand...

These images are, likely, generated in a computer. The artist responsible may not know the difference between the various versions of OS X.

Computers by that well known maker???

These are computers by that well known hardware maker Adobe from their Photoshop division.

randomhkkid said:
What about the games console??? PS4 Anyone?
Click to expand...

Everyone's thinking it but you are saying it!

PS4 development?
It looks like a Playstation controller and Playstation TV 3D glasses (My kid has one)

I know the used power macs to develop next gen games before the PS3 and 360 announced. Even when they announced the 360 they demoed the games running on Macs. I hope so. I'm wating for next gen and picking up my Vita tonight.


randomhkkid said:
What about the games console??? PS4 Anyone?
Click to expand...

I should have read the comments. Sorry just got to excited!

Wait, let me dig out an even older picture... 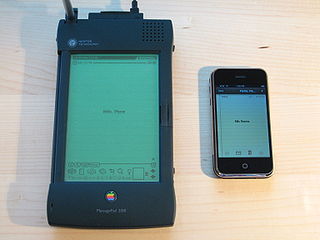 Really: How does the parent post even constitute any type of rumor?
M

"Page 2"? I thought that was discontinued with the MR redesign.

This is a non-article. They are bad renders/builds of devices. Slow news day.


randomhkkid said:
What about the games console??? PS4 Anyone?
Click to expand...

The PS4, if it is going to arrive, has been stated to be coming around 2015/6. I doubt anything close to a PS4 exists at this time, and whatever does exist is going to look like a lump of raw electronic pieces in crude containers.

Surprising that no one has picked up on the "new" Mac Pro tower case in the picture!

May be old, but interesting timing of this article considering I just mentioned the possibility the other day in the MacBook Pro forum.

Lesser Evets said:
This is a non-article. They are bad renders/builds of devices. Slow news day.

The PS4, if it is going to arrive, has been stated to be coming around 2015/6. I doubt anything close to a PS4 exists at this time, and whatever does exist is going to look like a lump of raw electronic pieces in crude containers.
Click to expand...

I think you are wrong. They deny product arrivals all the time. I'm picking up my Vita tonight. I think they are going to release the PS4 soon or early next year to integrate with the Vita. Why wait until the Vita is 3-4 years old? The PS3 is showing it’s age. I have 4 of them and 70+ Bluray games for it. I think they have big plans to integrate it with the Ericson phones which I happen to have also. (Only I don't think it will be current xperia play models)
Last edited: Feb 15, 2012
J

That must be a pro/air hybrid

because a company rendering a silver/black laptop resembling a macbook is unheard of these days.
M

LOL Its great the things you find while waiting for a render to complete. The macbook in this render is nothing special. I created this image way back for CES 2011. Its a generic macbook model. Its been so long i cant remember what specific model it was but it came from http://www.turbosquid.com nothing from apple. No changes were made to the case.

some facts about it
1.there wasn't any Photoshop work done to the image. it was all a 3d render and simple composite. (maya, mental ray, nuke)
2.I don't use a mac and don't know the differences between them and just used the model i found. it wasn't meant to emulate any new mac. but in the future ill be sure to add a glossy screen.
3.this slide has been around and reused way way to many times. i think the count is now 6-7 different variations.

good luck finding the latest and greatest apple products out there but i think you'll have the most luck looking around the bars here in the bay area and not a power point slide meant to be seen by the public.

and as a last note just to be safe the views and opinions expressed here are my own and not affiliated with those of anyone else.
You must log in or register to reply here.
Share:
Facebook Twitter Reddit Email Share Link
Register on MacRumors! This sidebar will go away, and you'll see fewer ads.
Sign Up
Top Bottom