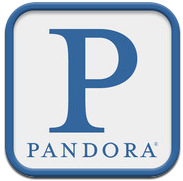 While desktop Pandora listeners were able to listen to unlimited music, mobile users that exceeded 40 hours had to subscribe to the Pandora One service at $36/year or pay a small fee.

According to Herring, both increased advertising income and and tighter control over other cost saving techniques have allowed the cap to be lifted. TechCrunch has a transcript of the call:

Our investment in advertising infrastructure and implementing smart levers such as reducing song skipping and limiting mobile listening have helped us drive monetization and manage content costs, as reflected by the increase in RPM and a decrease in content costs as a percentage of revenue

As our results have shown, the continued strong growth in our advertising revenue allowed us to cover the increased royalty costs with dollars left over to invest back into the business. With these tools in hand, and insight into how they work, we are resetting our levers in September. Notably, Pandora plans to eliminate the blanket 40-hour-per-month limit on free mobile listening effective September 1st.
Click to expand...

September will also see the debut of Apple's iTunes Radio, which is bundled into iOS 7. iTunes Radio will be ad-supported for all subscribers, though ad-free service is available for iTunes Match subscribers. iTunes Match includes iCloud syncing for music acquired outside of iTunes and is priced at $25 annually -- significantly cheaper than the $36 Pandora One.

Pandora CEO Joe Kennedy told AllThingsD that the company is not worried about the launch of iTunes Radio:

"We've now been around for eight years. We've seen competitors large and small enter the market and, in some cases, exit the market. I've never seen an analysis that identifies an effect from any competitor ... we don't see the picture changing."
Click to expand...

Pandora has reported revenues of $162 million, up 58% year over year. Its 40-hour listening cap will be eliminated on September 1, less than two weeks before iTunes Radio and iOS 7 are expected to be unveiled at Apple's September 10 iPhone event.

It's too bad Pandora's not in Canada to even care about it.
L

Isn't Pandora US-only? I already have iTunes Match. So getting iRadio for free is very welcome.
A

I could see why they may be worried. Ios has a huge user base so iTunes Radio is a competitor. Another example of how competition benefits the consumer
I

They'd be stupid not to be concerned about this and to respond accordingly. I can see them losing mobile market share quicker and more prominently than desktop market share.

Oh the irony. lol I am appalled
S

Ive been short your ass since the word of apple tv... Finally i make some money hhhhaaa??!!

So you decided to make this change all of a sudden huh? lol.

I've never even hit the 40 hour limit before.
S

To add to my first post, iRadio and Spotify are also not in Canada. The only service in Canada is like Rdio and something else.
L

Too little; too late. iTunes Match with ad free radio is a much better deal than Pandora.

They should be worried. It come with every Apple product starting this fall. New users, who's going to download, create ANOTHER account to have something that comes stock?? Not to mention how much easier its going to be for runners,bikers,in the car, to just switch from radio to playlists or albums. Pandora will lose a major source of revenue. After all, iOS users spend more than any other user base.
V

Lance-AR said:
Too little; too late. iTunes Match with ad free radio is a much better deal than Pandora.
Click to expand...

Ultimately both products are crap unless you like listening to the same song over and over again. These products are just one step above what you get on satellite radio minus the talk radio stations.

QUOTE "Our investment in advertising infrastructure and implementing smart levers such as reducing song skipping and limiting mobile listening have helped us drive monetization and manage content costs, as reflected by the increase in RPM and a decrease in content costs as a percentage of revenue"

Well, that makes it clear.

See! Competition is a good thing. That is why I don't get all the people who hate Apple and want it to go away. If you don't like them that's fine, but why wish them bankrupt? Competition (and money) drives innovation.
A

Lance-AR said:
Too little; too late. iTunes Match with ad free radio is a much better deal than Pandora.
Click to expand...

Pandora's box has been opened...
P

Is iTunes Radio even a threat to Pandora? I stopped paying for Pandora in favor of Slacker Radio, but I don't plan on dropping Slacker for iTunes Radio. From what I know about it, it just seems meh.
C

Pandora is going to lose a ton of users to iTunes radio. I have iTunes Match and probably will ditch Pandora as soon as I get iOS 7. It was fun while it lasted.
B

Those that don't learn from history are doomed to repeat it. A lesson painfully learned by the former CEOs of Palm, BlackBerry, RealPlayer, Rio....
C

Traverse said:
See! Competition is a good thing. That is why I don't get all the people who hate Apple and want it to go away. If you don't like them that's fine, but why wish them bankrupt? Competition (and money) drives innovation.
Click to expand...

As a Android diehard I don't want Apple to go away. I want Apple to give me that same feeling I had when the iPhone 4 came out in the summer of 2010 but due to being a Verizon customer I had to wait. And I wasn't interested in a 7 month old iPhone 4 when it finally did come to Verizon. Now Google/Android OEM's have surpassed Apple and Tim Cook is no Steve Jobs. Almost 2 years at the helm with no original ideas. Just rehashes of the same old products. iWatch and iTV will be no different; just rehashes of products already on the market. If it wasn't for developers keeping the App store in stock Apple would be no different than Blackberry.
L

If Pandora is so quickly willing to drop their 40 hour listening limit now, it just proves they didn't have a good reason to have a limit to begin with. Pandora sucks all day long!!
You must log in or register to reply here.
Share:
Facebook Twitter Reddit Email Share Link
Register on MacRumors! This sidebar will go away, and you'll see fewer ads.
Sign Up
Top Bottom