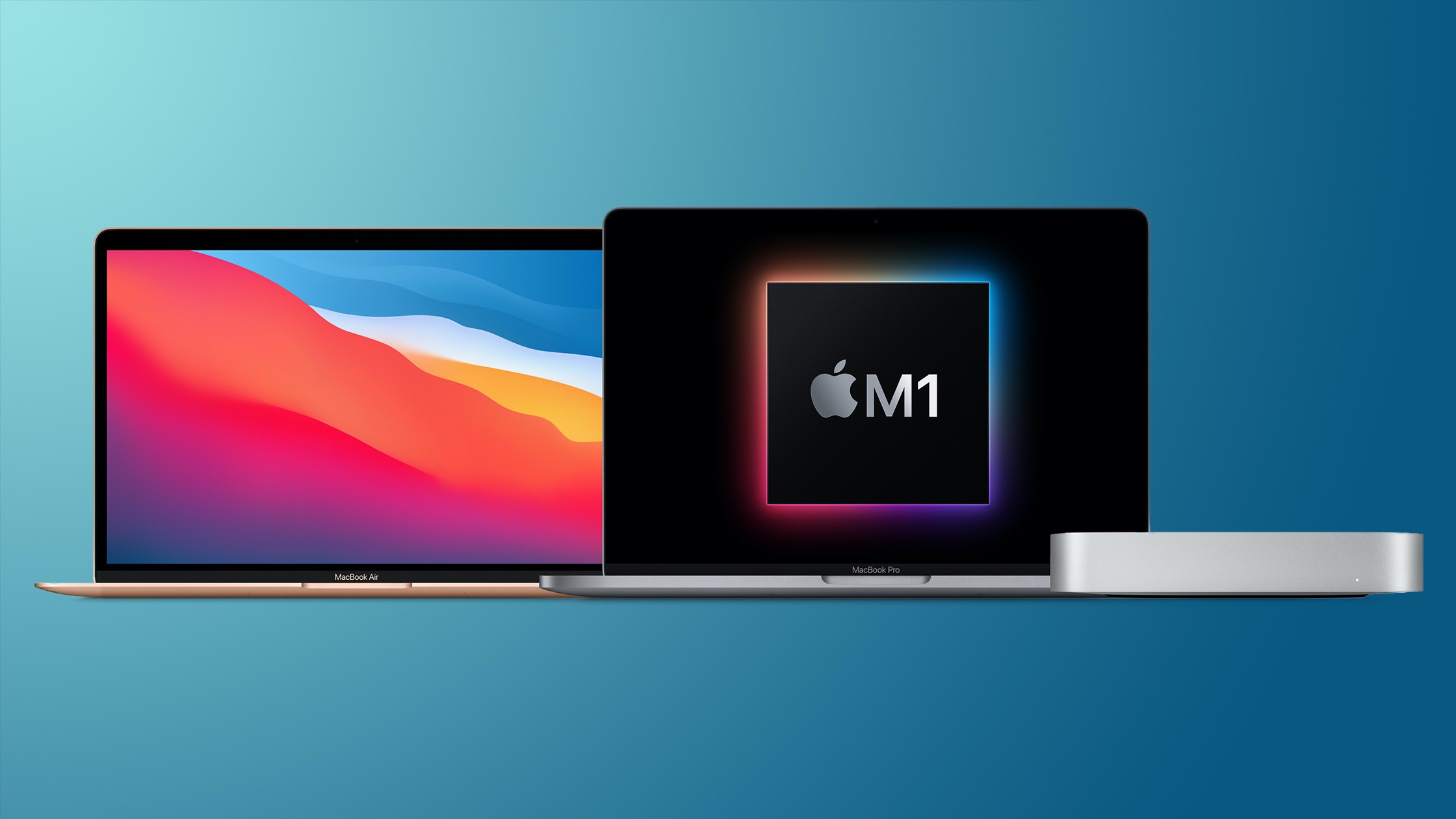 Microsoft is offering a version of Arm-based Windows that's available through the Windows Insider program that will run on M1 Macs through Parallels, but there is no publicly available version of of Arm Windows that can be purchased. 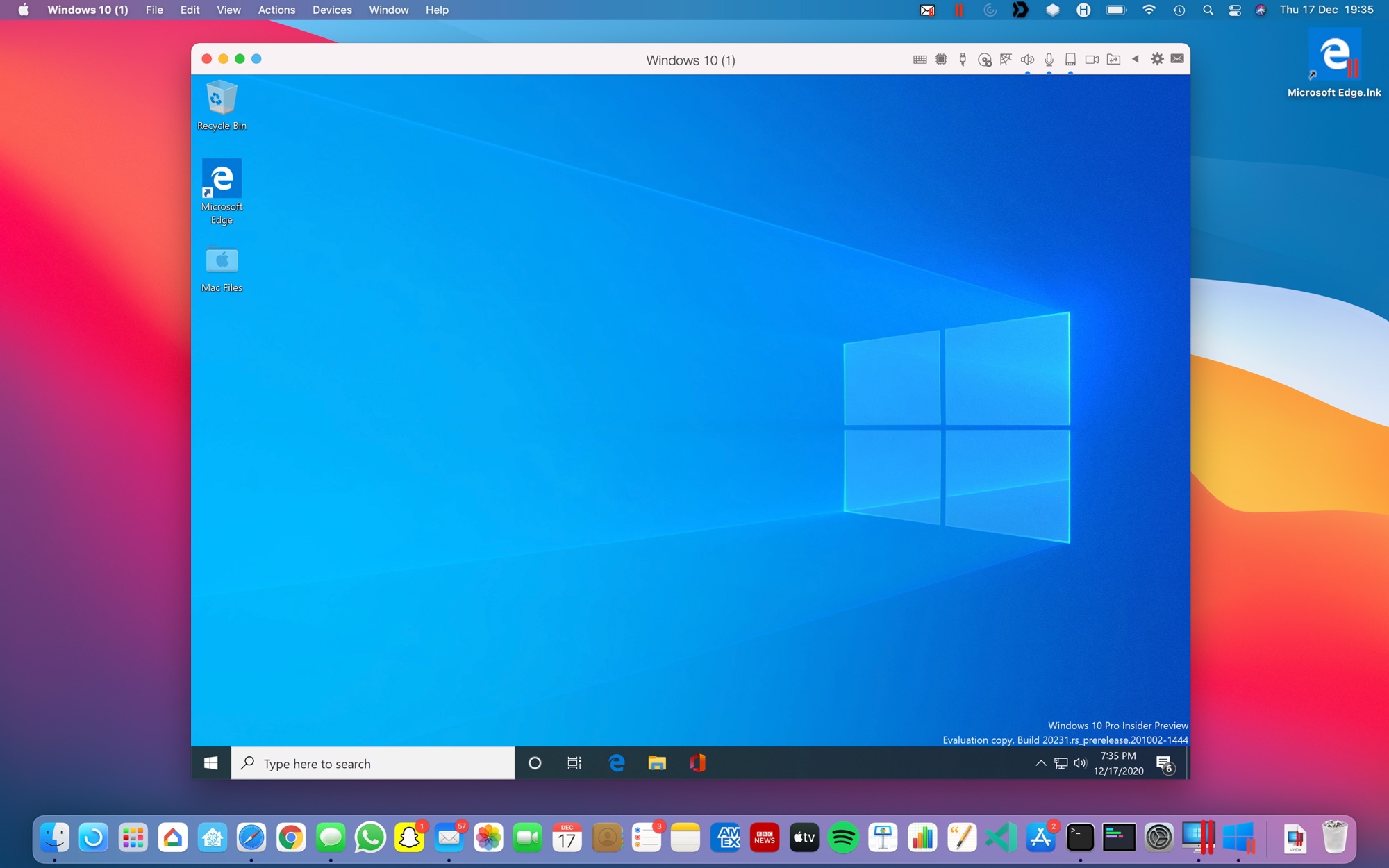 An M1 Mac running Windows, via forum member faffoo​
Those who have signed up for the Technical Preview Program are able to be the first to test Parallels for M1 Macs. There are several limitations that users should be aware of.

The current versions of Parallels are not able to run on M1 Macs, but Parallels in November following the launch of the new Macs said that a version of Parallels compatible with Apple's chips was in active development.

At the time, Parallels said that the software designed for Macs was looking "very promising."

When Apple Silicon Mac was first announced during the keynote at WWDC on June 22 of this year, Apple demoed a Parallels Desktop for Mac prototype running a Linux virtual machine flawlessly on Apple Silicon. Since WWDC, our new version of Parallels Desktop which runs on Mac with Apple M1 chip has made tremendous progress. We switched Parallels Desktop to universal binary and optimized its virtualization code; and the version that we are eager to try on these new MacBook Air, Mac mini and MacBook Pro 13″ looks very promising. Parallels is also amazed by the news from Microsoft about adding support of x64 applications in Windows on ARM.
Click to expand...

Parallels Desktop 16 was first released in August for Intel-based Macs, but has since been updated with a universal binary that's now ready for M1 Macs. Parallels is available for a one-time fee of $99.99, but the Pro and Business editions require a $79.99 per year subscription.

So is this basically a pretty GUI for the virt layer in Big Sur and M1?
Reactions: wgr73, DeepIn2U, NetMage and 7 others
Comment

With all the 'it is not possible to..' it doesn't really seem it can do much!
Reactions: Ener Ji, ojobson, DeepIn2U and 11 others
Comment

So... what? It can run Android?
Reactions: NetMage, amartinez1660, rezzo and 4 others
Comment
A

I think the article is lacking the bullet list of whats actually possible? arm linux distributions?
Reactions: ojobson, NetMage, t1meless1nf1n1t and 7 others
Comment

I feel for the Parallels folks.....
Reactions: Doc69, EventsLooped, ajfahey and 8 others
Comment

That is one confusing article.
Reactions: wgr73, 8000XE, chrizzz09 and 23 others
Comment
M

Pour one out for parallels.
Reactions: macsplusmacs and SigEp265
Comment

macsplusmacs said:
So is this basically a pretty GUI for the virt layer in Big Sur and M1?
Click to expand...

It will also include proper acceleration in the VM itself for the display along with other features like drag & drop, and folders to the Mac side.
Reactions: Roode, Madd the Sane, hot-gril and 3 others
Comment

I would rather use my old Mac to run x86 or x64 OS and Apps.
And access it through Screen Sharing from anywhere using a VPN connection.
Reactions: HeadsUp7Up, amartinez1660, filmak and 3 others
Comment
A

What are they promising?

MacRumors said:
At the time, Parallels said that the software designed for Macs was looking "very promising."
Click to expand...

LeeW said:
With all the 'it is not possible to..' it doesn't really seem it can do much!
Click to expand...

It will be able to virtualize an ARM based OS. Namely, Big Sur, Linux ARM versions, and Windows for ARM at some point.
Reactions: ajfahey, Captain Trips, peneaux and 3 others
Comment

Indeed, but right now, not a lot of mileage.
Reactions: tardegrade and aberamati
Comment
H

I wonder if a native Virtualbox will be available as well at some point.
Reactions: NetMage, Karllake, RalfTheDog and 2 others
Comment
B

ARM32 applications do not work in a virtual machine.
Click to expand...

I think you can download a Windows 10 ARM image from MS through the insider preview program.

Various Linux distros compiled for ARM, most likely. To some, this is very useful. It’s a beta, making sure things work. It’s possible Microsoft will eventually release a standalone version of Windows for ARM that could run on this. It’s also possible that Parallels will eventually add an x86 (x86_64) emulator. One step at a time.
Reactions: NetMage, planteater, RalfTheDog and 1 other person
Comment

LeeW said:
Indeed, but right now, not a lot of mileage.
Click to expand...

I'd say most folks who want virtualization will get more utility from ARM Linux than ARM based Windows.
Reactions: Argus500, Canubis, RalfTheDog and 1 other person
Comment

hugodrax said:
I wonder if a native Virtualbox will be available as well at some point.
Click to expand...

dogslobber said:
I'd say most folks who want virtualization will get more utility from ARM Linux than ARM based Windows.
Click to expand...

Seems like installing Big Sur in a VM is not supported yet. Sadly, that would be my main use case (security testing).
Reactions: NetMage, jdb8167 and adib
Comment

What is your thinking, @brilliantthings ? I'm looking at it from the point of view that it's mostly developers who run virtualization and they want Linux. Less so, ARM Windows, IMO.
Reactions: Argus500
Comment
F

between earth and heaven

Is it possible to inform us... what is possible with this release?
Reactions: ajfahey
Comment
A

No, it really is. How many people want to run ARM based Windows? You want windows because you need to run windows applications. That almost certainly at this point means X86 applications. And Windows 10 emulating X86 inside a VM is going to miserable.
Reactions: Lights87, NetMage, ajfahey and 6 others
Comment
You must log in or register to reply here.
Share:
Facebook Twitter Reddit Email Share Link
Register on MacRumors! This sidebar will go away, and you'll see fewer ads.
Sign Up
Top Bottom