Pebble today revealed the Pebble Time, a new smartwatch in its line of smart wearable devices that includes the company's first color-based display and introduces a thinner, more ergonomic design than its predecessor.

Launched on Kickstarter earlier this morning, Pebble promises that power consumption of the new device is greatly lowered thanks to the e-paper display, giving the Pebble Time a battery life of up to 7 days. The company also introduced a new voice-control feature to send voice replies or take notes using a select few compatible apps. The feature is a bit more full-fledged on Android, and on iOS currently will only work with Gmail notifications.

The Pebble Time also features a new curved design to ergonomically conform to any wrist, and is about 20 percent slimmer than the original Pebble. The company says the lens is made of scratch-resistant Gorilla Glass with a stainless steel bezel, enabling a water-resistant device that Pebble still warns from being fully submerged.

Pebble Time comes with a soft silicone band in the color options of black, white, or red, but the company says any 22mm watch band will fit the new device. The watch also lives up to its name thanks to the chronological curating of multiple apps into one new feature called "Timeline." With past, present, and future buttons residing on the right side of the device, users can easily scroll through completed tasks and events, see what they need to be doing now, and check reminders for the future.

This is the new app menu, featuring new app faces with glanceable content. With timeline we've also created a system that dynamically loads and caches apps as needed, letting you access as many apps as you need.

As with all Pebble software, we've built an open platform. You can allow apps and developers to add 'pins' to your timeline, so you can keep track of things like upcoming events, sports, weather, traffic, travel plans, pizza specials and more.
Click to expand...

Pebble has been undeterred by the announcement and imminent launch of the Apple Watch, poking fun at Apple's overly enthusiastic unveiling of the device and pointing out their superior battery life and entry-level pricing in the process. Most recently the company claimed its new 2015 products would focus less on apps and more on something customers have never seen.

Those interested can visit the Pebble Time's Kickstarter page to claim their own rewards. The lowest pledge for the device begins at $159 for one watch with limited early-bird pricing, and ramps up from there. Retail pricing will be set at $199. The Pebble Time's $500,000 Kickstarter goal, which launched at 7:00 AM PT, reached its goal in just under twenty minutes of the campaign going live. As with most projects on the site, there are 31 days left to join in on the campaign.

and you got a sale

On second thought, reading the comments section on the Verge, I'm having a bit of pledger's remorse...

I love the new display and UI, but holy **** that thing looks gross. In a world where the Moto 360 and Apple Watch exist, you’ve gotta have some better industrial design than this.
Click to expand...

"I love my Pebble Steel because it passes as a good looking regular watch. This looks like a kiddy toy. The exterior design is very adolescent and the low res color screen is from the 90’s."
Click to expand...

"The watch looks simple and great, but yeah, that bezel…"
Click to expand...

" this is kind of cute. The bezel is a bit ridiculous but it looks okay I think.
Click to expand...

Embarrassing. They will likely ship after the Apple Watch has already been released. This is destined for the $99 bin by June/July if it ever makes it to retail (which will be over populated with Apple Watch, LG, Samsung etc).

Hokey bouncing phone icons, not much nicer design, and back on Kickstarter!?!?

I think I'll pass. Looks like this could have been better.

I used to have a pebble steel, and the horrible design and implementation made me sell it. What a horrible product, not to mention the two month long delay to ship it. This doesn't look much better. Happy to buy the Apple Watch in a month, where I know I'm going to get a reliable device.
C

Ewww ... just like the fugly and plasticky looking/feeling Gears craps, I will avoid like a plague.
T

Think this would fit me better than Apple watch. I like the design.

Put a preorder down (as thats what this is essentially, heh). Love my original Pebble. Colour screen, even if it's just 64 colours, week-long battery life and water resistance is all I need in my next smartwatch and why I can't even consider the Apple Watch.
R

Well there's at least one smart watch that the Apple Watch is better looking than.

A small company that just made $1million in 30 minutes is over.

I would say a winner for some one who wants a simple watch and not the expense of an Apple watch.

Over 1 Million in funding already. Wow.

GizmoDVD said:
Embarrassing. They will likely ship after the Apple Watch has already been released. This is destined for the $99 bin by June/July if it ever makes it to retail (which will be over populated with Apple Watch, LG, Samsung etc).
Click to expand...

I'm assuming this is why its so cheap (compared to other smart watches). You want something that looks really nice and uses nice(er) materials it will cost you.

Battery life is everything.

This will be my first smart watch.

EDIT: Totally digging the Pink Floyd cameo too. "Time" from Dark Side of the Moon.
Last edited: Feb 24, 2015

why would anyone invest into this kind of crap. Yu could by watch from 90's or invest into

The negativity in this thread is funny. Personally I think Pebble's done a good job with version 2 of their smart watch. I know plenty of people who would choose this option over Android Wear or an Apple Watch because of battery life, water resistance, simplicity, etc.

Not everyone wants a "computer" on their wrist. Some are happy for more simple notifications.

Dagless said:
A small company that just made $1million in 30 minutes is over.
Click to expand...

....and they have to produce all those units.

I actually pre-ordered because this likely won't be sold in stores and there are plenty of people who will buy my KS spot at a premium.

Ugly... The Steel is much prettier.
T

A+ for battery life
F- for design. 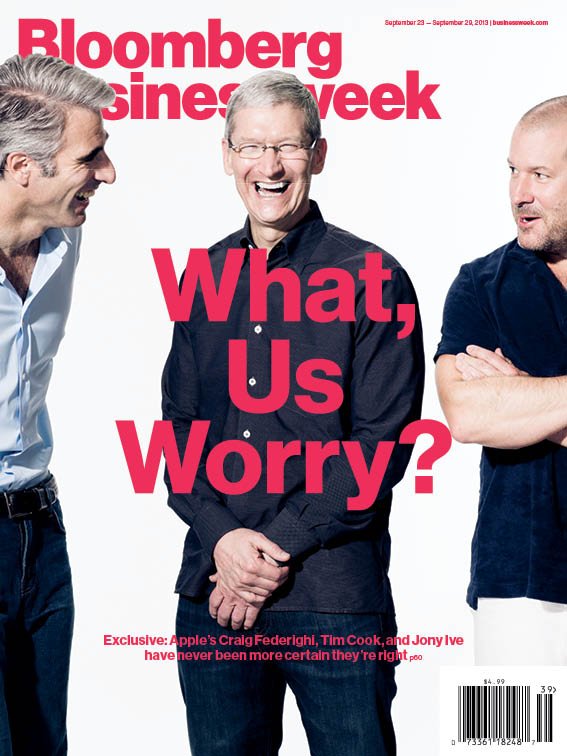 I love my original pebble, but this personally adds nothing and looks worse IMO. I will buy an apple watch and keep my pebble on the sideline.

Side note: Kickstarter....really? I thought there were rules or something about being on kickstarter.


GizmoDVD said:
....and they have to produce all those units.

I actually pre-ordered because this likely won't be sold in stores and there are plenty of people who will buy my KS spot at a premium.

actually it likely will be in stores and on amazon....just like the current pebble.

I like their timeline interface -- a really nice take on how to organize info simply on your wrist.

The design of this is a bit bland, but at least it's not a large pile of ugly... not stylish, but not offensive either.

I think it's going to do pretty well.

Edit: actually, it's already doing pretty well. The kickstarter is essentially a pre-order mechanism, and they passed 10K units and counting fast. Very small fry by Apple's standards, but plenty to sustain a company. And for it to happen this fast shows they have a passionate customer base, which is a good thing by itself, but it also gives potential new customers some hints about the kind of products they deliver.
Last edited: Feb 24, 2015