It wasn't until way in later part of 2009, but the iPhone 3GS was my first iPhone/smartphone 10 years ago. I decided to jump into the iPhone bandwagon because Apple at that time just didn't want to put a camera on the iPod Touch (been using iPod Touch since the first gen).

So what did you use 10 years ago?
Reactions: nordique

Thinking hard about this I was using a HTC Hero in 2009. I had a G1 before that. Jumped to iPhone in 2012.
Reactions: eyoungren

Nokia n95. Followed by the google nexus 1.
2 of my favourite phones of all time.
Switched to iphone when the 4s came out and have stayed with Apple since.
Reactions: Dino F

Went from Motorola Razr to 3GS if I recall...

Sony Ericsson W705. I don't remember much about it.

2018 I only upgraded my Series 2 Apple Watch to Series 4. This year if I like the X Max (whatever they name it) and it’s the same price as last year’s model I will be upgrading to that.
Last edited: Jan 20, 2019
Reactions: Denaaaa

3G, and have upgraded to a new iPhone every year since.
P

Helmsley said:
Sony Ericsson W705. I don't remember much about it.

pika2000 said:
It wasn't until way in later part of 2009, but the iPhone 3GS was my first iPhone/smartphone 10 years ago. I decided to jump into the iPhone bandwagon because Apple at that time just didn't want to put a camera on the iPod Touch (been using iPod Touch since the first gen).

Lots and lots of CAB file upgrades over the stock Sprint ROM. I had Facebook and YT integration. Basically, I was running the parts of more modern HTC phones on my TP. Oh yeah. I could copy and paste in 2009 and send MMS (had a app that increased the MMS size to the server too). AT&T didn't allow any of that for the iPhone until later.
Reactions: DJ_Smith and akash.nu

Ever since on iPhone.
Reactions: eyoungren

My wife had a TP as well (she usually gets what I get). Sometime in 2012-2013 though it finally died so Sprint replaced it with a TP 2. I was on my iPhone 5 at that time though.
Reactions: akash.nu

I had a ****** proto-"smart"phone, whose name I have expunged from my memory. It had aggressive haptic feedback, but the standout feature was built-in satnav, which was comically bad. I had to ask a random passerby for directions. Oh, the indignity!

I was looking for a railway station in Edinburgh. The first result was the Edinburgh Road filling station, in London - 400 miles away. I kept trying, until I realised railway stations were not in its database. I managed to find the Station Hotel, which I reasoned had to be near the station, but I couldn't see it.

Recounting this sorry saga to my smug friend with his 3GS, I grabbed it, opened the maps app, and tried the same thing - it found the correct result instantly. Not long after, I bought my own 3GS. About three weeks before the 4 was launched... I then bought a 4S, and every one after until the 7. I now have a Samsung Galaxy S9.
A

I had the N95-3 (the improved US version with 128MB of RAM and different 3G support) and it was unstoppable. It could even switch off the TVs at the mall (sorry for my idiot teenager self) and I swear the speakers were more powerful than those on my XR.

Got a 3GS in 2009 and never looked back, but I did lose quite a bit of functionality. Off the top of my head:

I was frantically looking for the grail mobile that could be my phone, camera and music player so:-

pika2000 said:
It wasn't until way in later part of 2009, but the iPhone 3GS was my first iPhone/smartphone 10 years ago. I decided to jump into the iPhone bandwagon because Apple at that time just didn't want to put a camera on the iPod Touch (been using iPod Touch since the first gen).

10 years ago, I had an LG flip phone that i had gotten for Christmas. This was 4 years before my first smartphone and my 13 year old self loved it.

I had a HTC Touch, then got the iPhone 3GS on release day.
D

iPhone 3GS, my first smartphone. I switched to Verizon and got away from the iPhone because ATT was nothing but dropped phone calls.
I switched to the Motorola Droid and back to Verizon, but got the iPhone 4 when it came to Verizon.

I did the ten-year iPhone Challenge at the ten-year mark of iPhone existence: in 2017 after I got my iPhone X I took a portrait of her with the first iPhone, which of course took the world by storm in 2007. Until I got the iPhone I was using a Samsung flip phone of some sort.....don't even remember now! Since 2007 I have used nothing but iPhones and have had most of them. 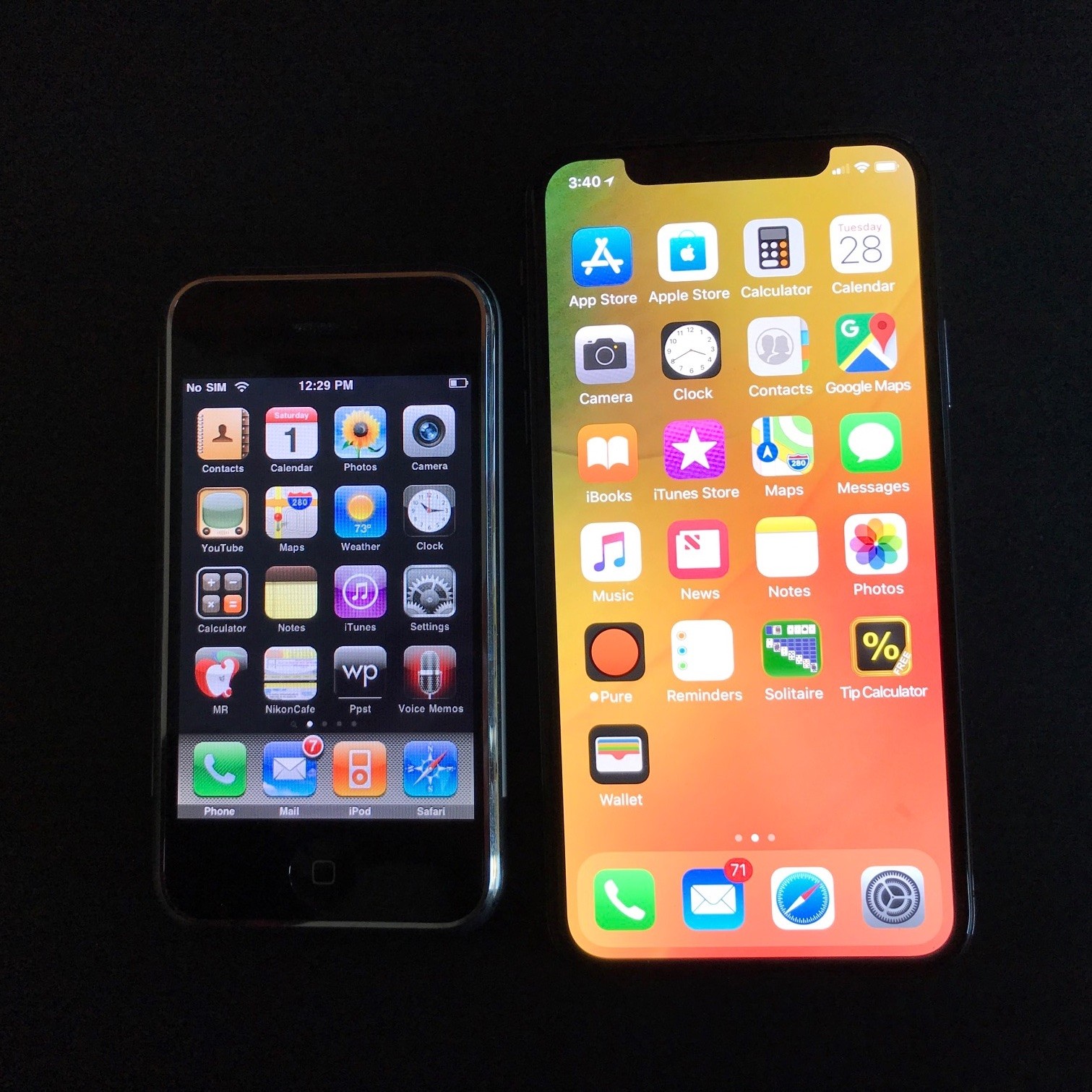 jimmy_uk said:
I was frantically looking for the grail mobile that could be my phone, camera and music player so:-

I had the razar.
Reactions: jimmy_uk