With the launch of the iPhone 8 and iPhone X, Apple added inductive wireless charging support to its mobile devices for the first time. While the feature brought Apple's phones up to speed with existing Qi-compatible charging standards, the announcement fell short of some expectations that this year Apple would introduce technology allowing iPhones to be powered wirelessly at a distance, rather than having to use a charging mat.

However, Pi is a California-based startup that aims to break from that limitation with the Pi Charger - a cone-shaped tabletop device that combines Qi-based resonant induction with a special beam-forming algorithm that allows it to charge multiple devices within about a foot in any direction. 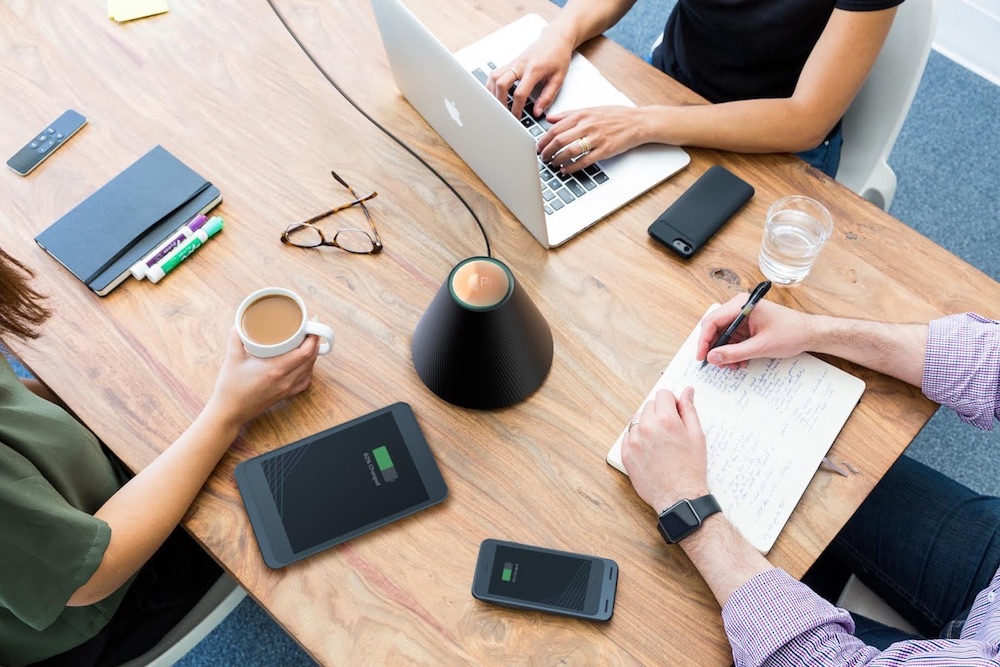 The Pi might not reach the distances claimed by Energous' WattUp technology, which uses radio frequencies to charge devices from up to 15 feet away, but it does offer more flexibility than existing pads that devices must be directly placed upon.

In a demo at TechCrunch's Disrupt event, the company showed that up to four Qi-compatible devices can be placed within a foot of a Pi and they will start charging. Devices can be located anywhere within a 12-inch sphere of influence around the charging hub and in different orientations. The closer the device to the Pi, the faster it charges, with a gradual drop-off in charging speed the further away the phone is.

"Magnetic fields are the best way to send meaningful energy to phones, tablets, and other portable electronics," said Lixin Shi, Pi's CTO and co-founder. "The hard part was figuring out how to make magnetic charging more flexible, multi-device, and extend its useful range. It took us over a year to complete the mathematical proof that makes it all possible."
Click to expand...

The team behind Pi said they've yet to settle on an exact price for the charger, but they expect it to ship for under $200 sometime in 2018. As for Apple, there is plenty of anecdotal evidence to suggest it has partnered with Energous to work on bringing a truly wire-free, over-the-air charging technology to its consumer devices, but we'll likely have to wait for at least another year to see the possible fruits of those labors.

Now this is a step in the right direction.
Reactions: Cameroncafe10a, Lopov Jack, deadoctopi and 30 others
B

And suited for current iphone 8's and x's! This is awesome tech and hope to see this become a reality!
Reactions: Cameroncafe10a, twhart, ILikeAllOS and 6 others

Now that is very nice!

I really wish you could buy the raw induction coils with a USB connector so you could make your own in furniture stuff a bit better.

I'm not interested in the charging mat thing at all - but if I can hide induction charges in multiple furniture places and in places in the car, that makes it much more useful.

I don't want to have to buy 5 pad charges to take it apart to cover the entire arm of my sofa though!
Last edited by a moderator: Sep 19, 2017
Reactions: realeric, brianvictor7, t1meless1nf1n1t and 1 other person

dannys1 said:
I don't want to have to buy 5 pad charges to take it apart to cover the entire arm of my sofa though!
Click to expand...

Just have it in the main place on your sofa where your phone would be and indicate it with a tiny stitch in a slightly different colour or something
Reactions: chrisbru
B

One wonders if this will effect sperm count.

Not a single mention of health risks... that's reassuring.
Reactions: Cameroncafe10a, realeric, klch and 7 others

So we can expect an iPhone to have this ability no sooner than 2022, right?
Reactions: xalea

This is the sort of thing I was expecting Apple to be releasing at some point...

Hopefully the partnership with Energous will yield something even more impressive, and not too far in the future..
Reactions: Wackery and xalea

12 inches you say? for the tip of the devices to get charged? sounds a too small range.
Reactions: Naaaaak

ILuvEggplant said:
One wonders if this will effect sperm count.

Are there any studies on this BruckU?
Click to expand...

I should hope not, though I don’t recall having seen any studies.
As usual it’s left to the end users to find this information. 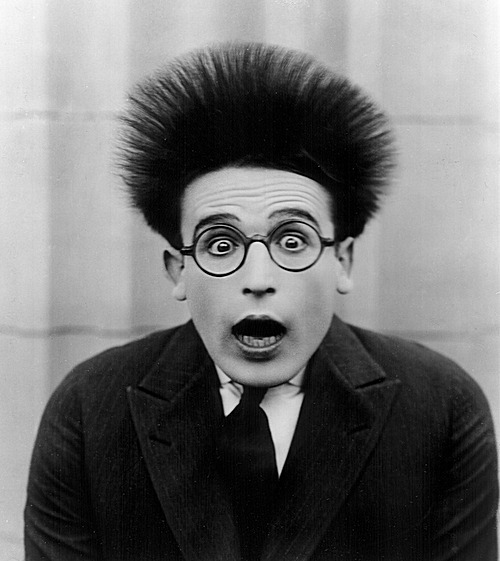 "I'm not quite feeling myself at the moment, not entirely sure why!"
Reactions: macs4nw and GrumpyMom

ILuvEggplant said:
One wonders if this will effect sperm count.

Are there any studies on this BruckU?
Click to expand...

No wonder sperm count is increasingly decreasing in the west due to increased technological relations.
Reactions: xalea

"Can even keep your coffee warm" (heating temperature depends on proximity to cone)
Reactions: twhart, macs4nw, brianvictor7 and 2 others

I am still concerned with these magnetic fields adversely affecting all the magnetic strips that live in my wallet. I also want to know if these fields will kill NFC containing door entry cards. I have one for door entry in my phone case, and another (different door) in my wallet.

I am assuming that a non-ferrous phone case won't impair the wireless charging function.

I have been hoping for wireless charging since the early versions came out. My iPhone6 lightning port might last long enough for me to obtain the iPhone X.
N

We'll find out it somehow causes cancer in 20 years.

After congressional testimony from expert witnesses saying it doesn't.

After countless articles assuring us it's "safe".

Only admitted once a bunch of people are affected.
Reactions: Cameroncafe10a, macsforme, klch and 8 others

Great marketing timing that this is announced right after the iPhone gets wireless charging.

Avieshek said:
No wonder sperm count is increasingly decreasing in the west due to increased technological relations.
Click to expand...

But those surviving are naturally radiation-resistant and are cycling out at 170 degrees F to fulfill their pretentious ambitions...

I would love to use this technology.
Sperm count? C’mon....
A

Let's hope EMC tests are done properly... I doubt it's gonna pass unless it can really focus the beam with a high efficiency. Otherwise you're just going have a huge electromagnetic field around that thing. If it can power a few devices "power at destination" will need to be at least 15W. With the bad efficiency these things usually have, emitted power is likely double or tripple that... In comparison: a WiFi AP is limited to 1W. A safety distance to antennas of 10-20cm is recommended.
Reactions: Sasparilla
J

I saw this last night and managed to get a $50 discount code for when it launches. Nice to see the iPhone 8 and iPhone X are both supported.
M

Stop making wireless things as much as possible. Instead, make wired things, and save battery and energy: keyboards, wireless charging, etc.
Reactions: macsforme, GrumpyMom and BorderingOn 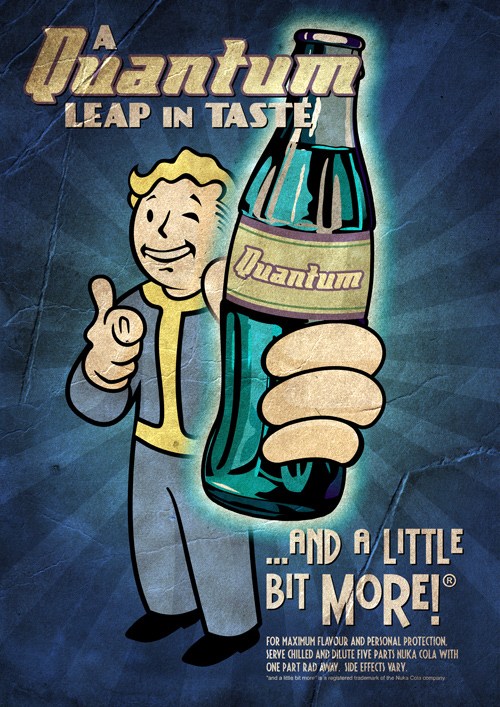 One 2-hour charge is equal to a 12-ounce serving of Nuka-Cola Quantum, but the rads are totally worth the convenience.
Reactions: Cameroncafe10a, chrisbru, gorkt and 3 others
A