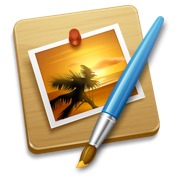 Layer Styles allow users to quickly apply shadows, gradients, outlines, and reflections to their images, while Liquify provides a new way to manipulate images. Layer Styles are non destructive, and the Liquify tools include Warp, Bump, Pinch, and Twirl. 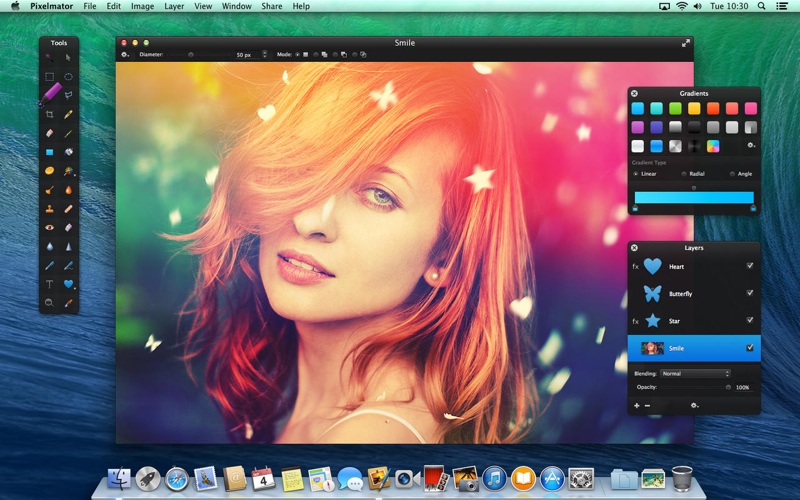 Pixelmator 3.0 FX is the most advanced version of Pixelmator to date, introducing lots of new features and improvements, including the following:

Pixelmator is only third-party app mentioned on Apple's Mac Pro performance page, where it is used to demonstrate the new tower's blazingly fast performance.

Pixelmator 3.0 is a free upgrade for existing users, while new users can download the app from the Mac App Store for $29.99. [Direct Link]

I love getting these immediate MacRumors alerts in Mavericks!
Comment

I've always said that was the only thing really keeping me on Photoshop.

It seems that since Adobe announced that they were going cloud-only, Pixelmator's really stepped up to fill the void.
Comment

For the price, Pixelmator is certainly one of the best image editing apps on the market. Also the new MacRumors notifications are awesome.
Comment

Have they fixed the save dialog often failing to drop down, forcing you to restart the app (and obviously without being able to save your changes first)?

Have they fixed copy/paste sometimes corrupting the bottom and/or right row of pixels?

Will we able be able to crop to our current selection?

How about exporting to a different image size than our source file?

What about the horrendously awkward UI for gradient filling?

Just one of those minor fixes would have made me happier than the sum of 3.0's features. For the record, I have used this app almost daily since before there was an App Store.
Comment

macduke said:
I love getting these immediate MacRumors alerts in Mavericks!
Click to expand...

macduke said:
I love getting these immediate MacRumors alerts in Mavericks!
Click to expand...

Yea, I really wish more sites were already using it. I only know of three (maybe four) right now:

Layer styles at last! Not really missing Photoshop at all.

P.S. I haven't had any problems mentioned above, except the awkward lack of a "crop to selection" feature. I use "crop off transparent pixels" to do the same thing but that does take more steps.
Comment

I couldn't believe it when I saw the update this evening, it's like Christmas today with Mavericks and everything else. Goofed around in it for a bit and it's so much faster. My custom shapes palette is still jammed though, I'll have to see if removing shapes from the library will unclog it.
Comment

The update took me by surprise! Pixelmator is so awesome.
Comment

Layer styles is fantastic news. Really looking for some way to dump Adobe after the appalling, irresponsible way they have handled their hacking. The addition of layer styles - a big issue for my business trying Pixelmator - couldn't come at a better time. Go Pixelmator!
Comment

Can't say the same about the other Photoshop.
Last edited: Oct 23, 2013
Comment

Great app. Every little improvement makes it a Photoshop replacement for more and more people.
Comment

I'm a Creative Cloud subscriber and primarily use Photoshop/Illustrator for my work, but I LOVE Pixelmator! It is amazing, how it keeps getting better and better. And costs so little, less than a months subscription to CC. I hope they are working on some kind "Vectormator" too, to replace Illustrator. I truly wish them to one day become serious competitors to Adobe.
Comment

I agree. I wish they offered a way to "skin" the interface so we could have better contrast. It seems like a fantastic application (I purchased it a couple of years ago), but my eyesight is very poor and the black-on-black makes it nearly impossible for me to use Pixelmator full-time.
Comment
P

The UI of this app is unbearable. I have asked for a lighter interface a countless number of times in their comments and in their forums, but they won't ever listen to our request.

What I want is a unified window with a gray or dark gray UI, with collapsible inspectors, like it's an Apple Pro App.
Comment

I have already left Photoshop. Pixelmator is wonderful and makes it a pleasure to use.
Comment
A

I keep getting errors trying to download the update. Apparently I'm not the only one, happening with a majority of the updates I have access to. Sucks...
Comment

I'm absolutely stunned at how fast the Pixelmator team is able to crank out these updates, it's really fantastic.

Now give me some useful resizing on export features so i can use it to easily create assets, and I'll switch over to it full time.


AFPoster said:
I keep getting errors trying to download the update. Apparently I'm not the only one, happening with a majority of the updates I have access to. Sucks...
Click to expand...