Just a litte Poll for the community to share their favorites on the PPC Macs they love! Sorry I had to group some, there isn't that much space! Maybe write a response why it is your favorite!
Reactions: AmazingHenry

IMO, the PowerMac G4 has a great design.

PowerBook G4 has the ability to cook an egg.

Mine is definitely close between my Quad, DLSD, and Lombards. The Quad is a prototype, so extremely rare, the DLSD, I put a lot of effort and money into, and the Lombards were my first PowerPC based Macs. I like all my Macs but those 3 are just really special

Out of the poll options, it's a difficult decision between the iMac G3, iMac G4 and iBook series, but gotta go with the 'books. The clamshell is even today just such a cool design, and subsequent models were very clean looking as well as very functional.

Power Mac G4, I have a lot of them and really like the design, stylish little towers with the sleek flip-down door to access components. iMac G4 also for the design, it's instantly recognizable and still very unique. Power Mac G5 for the great aluminum case, SATA, enormous upgrade potential, and dual G5 power.

The Mac mini G4 shouldn't have even been included on the list, the eMac is a much more worthy contender. 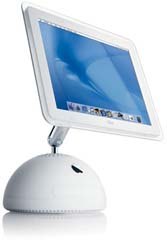 TiBook. At a stroke made every laptop produced before it appear obsolete and set the design template for portable PCs for the next 10+ years.

Close 2nd - Power Mac G5. It's a beast of a computer housed inside modern art.

Bondi Blue iMac. It was amazing.

PowerMac G4 after that.

And why is there no Powerbook G5 listed? Everyone of who knew Steves brothers nephews aunt had one and loved it!

Sorry eMac should be on the list, just vote for the Mac Mini if you like the eMac the best

How about a poll for the Mac models we hate the most?

Haha give some examples!!

MacCubed said:
Haha give some examples!!
Click to expand...

^^^^This is not to say I hate what they can do, or how they perform. I have owned and do own some of these models. My 'hate' stems from the fact that I do not care for the look of these models.

There's only been certain models of Mac that I have ever been attracted to as far as design and those I've named already.

So the G3 Beige DT, Tower, AIO and B&W are all free from eyoungrens wrath then? (I have been currently fighting my G3 to boot into some sort of OS today LOL)

LightBulbFun said:
So the G3 Beige DT, Tower, AIO and B&W are all free from eyoungrens wrath then? (I have been currently fighting my G3 to boot into some sort of OS today LOL)
Click to expand...

I like the G3 towers, both beige and B&W.
Reactions: LightBulbFun

Quite surprised at that heh well its good to know that I own a Macintosh that eyoungren approves of then you will be pleased to know then that I got Leopard 10.5.8 to boot on @bunnspecial G4 upgraded B&W heh
Reactions: eyoungren

There's something special about the B&W G3s that was lost (IMO) when Apple came out with the Yikes. I think there was a bit more thought put into the G3 then there was the G4. I certainly have never found the Yikes and Sawtooth inspiring, having worked on them for the majority of my career. Not until the Quicksilver did I begin to look at the G4.

The beige designs were cool as well. I think it's the 9500 or 9600 that has the cool side car thing on the side of the case. Very nice looking to me and expandibility out the wazoo.
Reactions: LightBulbFun

@eyoungren there is a Mac Clone on eBay for $50 in Arizona so I assume shipping to you would be cheap. It's a UMAX SuperMac C500

LightBulbFun said:
from a technical stand point the Yikes was indeed a rushed machine (it is literally a G3 BW mobo with a ADB port removed and shoved in a graphite case with a G4 cpu fitted) but the G4 sawtooth was a rapid departure from the G3 beige/G3 BW/Yikes (the G3 beige all the way to the yikes use the same gossamer architecture the only thing that really change with them is the boot rom the addition of FW and USB and a faster ATA controller) everything from the sawtooth to the quicksilver use a similar uninorth architecture (the quicksilver is DA inside a new case effectively)
Click to expand...

Right and I know all that (well, most of it) but Apple seemed (to me) to pay quite a bit more attention to the case design of the B&W G3 then it did the G4. I know the grill on front is the same, but the sides are not. The G3 proudly claims it's a G3.

By the time the Sawtooth showed up, power and performance had of course increased but the case design had regressed even more. Between the Yikes and the Sawtooth I much prefer the power button design of the Yikes.

All little niggling things, but all you need to do is put a Quicksilver side by side with a Sawtooth or DA and it's readily apparent just how boring the Sawtooth/DA case design is. I mean, just the QS's silver, pulsing power button alone is awesome. But the HK speaker inset in the front. Wow!

It's just a shame Apple couldn't cram as much ram in there as the Sawtooth and MDD were capable of using. And now after having used a QS for a while I have some very negative opinions about the thermal design of the QS.
Reactions: LightBulbFun

MacCubed said:
@eyoungren there is a Mac Clone on eBay for $50 in Arizona so I assume shipping to you would be cheap. It's a UMAX SuperMac C500
Click to expand...

Thanks. Right now however, it'd have to be $20 or less to justify it to my wife. What with all our other bills and all needing payment. $50 is the majority of our water bill.