Ustwo, the developers behind the hit game Monument Valley today published a detailed infographic that gives a rare inside look at what it takes to develop an ultra popular game and the rewards developers can reap from creating an app that soars to the top of the App Store charts.

For those unfamiliar, Monument Valley is a highly popular indie puzzle game that asks players to lead the main character through a series of mazes spanning 10 separate levels. The game was highly praised for its design, which included a unique and striking art style.

According to Ustwo's infographic, it took Ustwo's eight person team 55 weeks and $852,000 to develop the original version of Monument Valley ahead of its April 2014 launch. The app's Forgotten Shores expansion, released in late November, took an additional 29 weeks and $549,000 to develop. 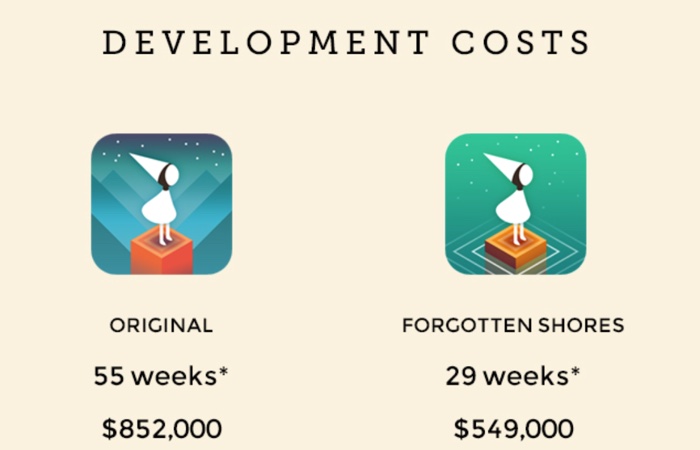 Monument Valley received some negative attention after the expansion was priced at $1.99 in-app by users who believed that the update should be free, but the half a million in development costs for the Android and iOS apps explain why it would have been largely unreasonable for the team to release an expansion at no cost. 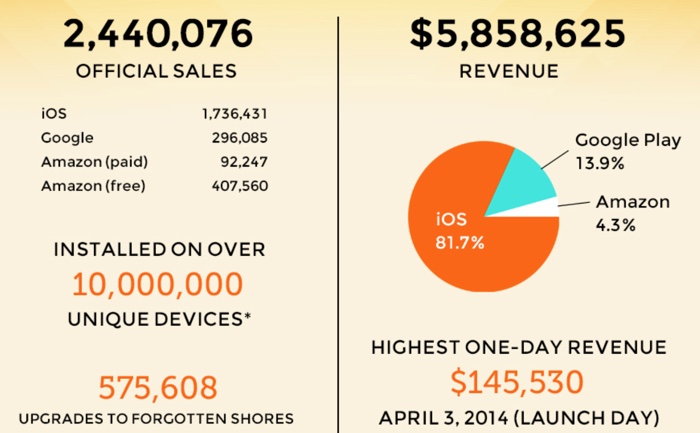 Monument Valley saw upticks in sales after earning an Apple Design Award in June, following the launch of the Forgotten Shores expansion, at Christmas, and after the December announcement of its status as iPad Game of the Year.

Well deserved, it's a truly innovative game. Also the difference in revenue between iOS and Android is just insane.

Goes to show how market share doesn't mean much.

Funny how this game made the most revenue from iOS, despite Android having a significantly greater mobile device market share. I guess this just proves that market share isn't much of a competitive advantage.
X

What's almost more interesting (to me at least) is they are not a game/dev company but a design studio who chose to do a self initiated project that they hoped would break even.
Ustwo.com
D

I play a lot of iOS games, it's my primary gaming platform. Most are retreads of other games, a few are designed for iOS, occasionally one will rise above the rest and be more interesting.

Then every once in a while a game will appear, almost always from some Indie developer, that is wonderful, way beyond anything else I've seen. The kind of game you play through and then feel,sad that it's over so you play it all over again. That's what Monument Valley was.

It was beautiful and creative, and frustrating, and rewarding.
All kudos were well deserved
I didn't begrudge them the money for the expansion pack.
It was all worth every penny.

I can't wait to see what they are working on next.

Those Amazon numbers are embarassing. I admit, I got it with my free Amazon Coins, and I liked it, so I later bought the iOS version for my iPad.

Nice to see they did well with the expansion.
C

I appreciate that they charged a reasonable amount for the game, I think it was US$3, rather than having a "free" game that requires almost constant in-app purchases to make any progress.

As a fan of M.C. Escher I love the graphics and the music is very well done also.

Well done! I'm definitely picking up this game, for sure!

I wish they broke out the android development cost.

Ubuntu said:
Well deserved, it's a truly innovative game. Also the difference in revenue between iOS and Android is just insane.
Click to expand...

But I thought android was winning the OS battle.
P

That is a crazy difference to me. Even with installing it on multiply devices and home sharing.
C

I would be nice if more developers released their development numbers like this so that bystanders could get a sense of the current state of the app economy. But I can understand why most developers wouldn't want to release valuable competitive information.

This is a really excellent game. Had a lot of fun playing it. It is great to see that this team's efforts were well rewarded.

Ver nice game, but, only 10 levels, finished too fast.

My games have made 22 euros so far.

Maybe they'd do better if I put a price on them... or ads... or any source of revenue. 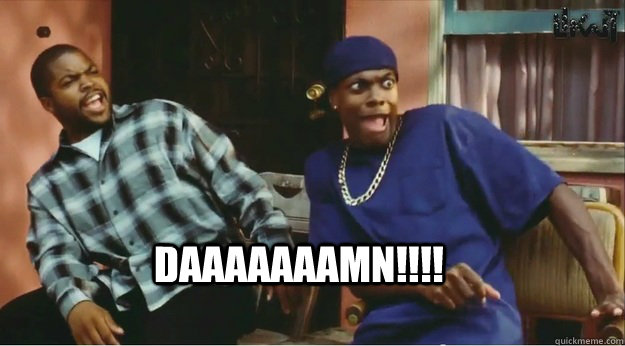 Ubuntu said:
Well deserved, it's a truly innovative game. Also the difference in revenue between iOS and Android is just insane.
Click to expand...

There has been a lot of talk and articles published saying how iOS developers are going to need to stop ignoring Android and start developing for both iOS AND Android simultaneous if they want to sustain high revenue. This looks to contradict that, over 80% on iOS alone? Crazy.

I'd choose the iOS only path, over the headache of Android any day with those numbers.

So, how many pirated versions are out there?

That is a crazy difference to me. Even with installing it on multiply devices and home sharing.
Click to expand...

l thought the same way. This isn't one of those games someone buys for everyone in their house.
M

Dookieman said:
There has been a lot of talk and articles published saying how iOS developers are going to need to stop ignoring Android and start developing for both iOS AND Android simultaneous if they want to sustain high revenue. This looks to contradict that, over 80% on iOS alone? Crazy.

I'd choose the iOS only path, over the headache of Android any day with those numbers.
Click to expand...

Android with the fragmentation would be longer to develop for and give you 5 to 10 times less money, sure sounds like a "winner" ;-). And this is for games/apps that has good word of mouth coming from IOS.

The breakdown must be even more brutal for more niche and marginal apps.

Considering that most apps don't even break even on IOS, devellopping for Android phones seems insane unless you already have a success on IOS to publicize your game.
A

Meanwhile, the previous company I was working at made apps for iOS and Android and had ~60% of their revenue from Android.
I guess it depends of the apps
M