When Snow Leopard was released, a lot of people (myself included) were upset that Apple changed the behavior of Exposé. Before Snow Leopard, Exposé arranged the windows in their original arrangement, with their relative sizes retained. This made it easy to find windows quickly, making Exposé the one of the biggest "killer apps" of OS X.

But Exposé in Snow Leopard re-arranges the windows into a grid and gives them all the same size. This made it almost impossible to quickly find the right window. After this change, most people, knowingly or unknowingly, stopped relying on Exposé as much as they used to.

I've heard that the option to have Exposé arrange windows as they are is re-implemented in Mountain Lion. For a good comparison between the different versions of Exposé, see the images here. But I've never used Mountain Lion.

Fortunately, it turns out you can copy the Dock.app from an earlier version of Snow Leopard, in which the new Exposé window arrangement was yet to be implemented, and it will work fine in any later version of Snow Leopard. Around 2009, there were a couple of threads here that described how to do that in greater or lesser detail, but links are broken and instructions incomplete.

Download Dock.app (zip is attached to this post, mirror here) from Snow Leopard build 10A380. Extract the zip file to your Desktop and execute the following commands in Terminal.app:


Code:
Voilà! The old Exposé behavior should now be restored.

Download Snow Leopard build 10A380, open it using Pacifist, search for Dock.app and extract the first matching application to your Desktop. Then run the shell commands listed above.

This is an English-language version of Dock.app. Assuming you've already followed the instructions above, run the following commands in order to have Dock.app use your (non-English) system language:


Code:
where LANG is a two-letter language code. For example, Swedish is sv.lproj.

As far as I can tell, there are no bugs associated with using this older version of Dock.app on a later version of Snow Leopard. It does, however, differ in a few ways from the default 10.6.8 Dock:
Note that Dock.app is copyright © Apple 2000-2009. If my attachment is not allowed here, then I'd be happy to remove it and upload it to Archive.org or Macintosh Garden instead.

Here is a screenshot of the results. After applying this patch, Exposé is a hundred times more useful than before, and I can happily say that I use it all the time! 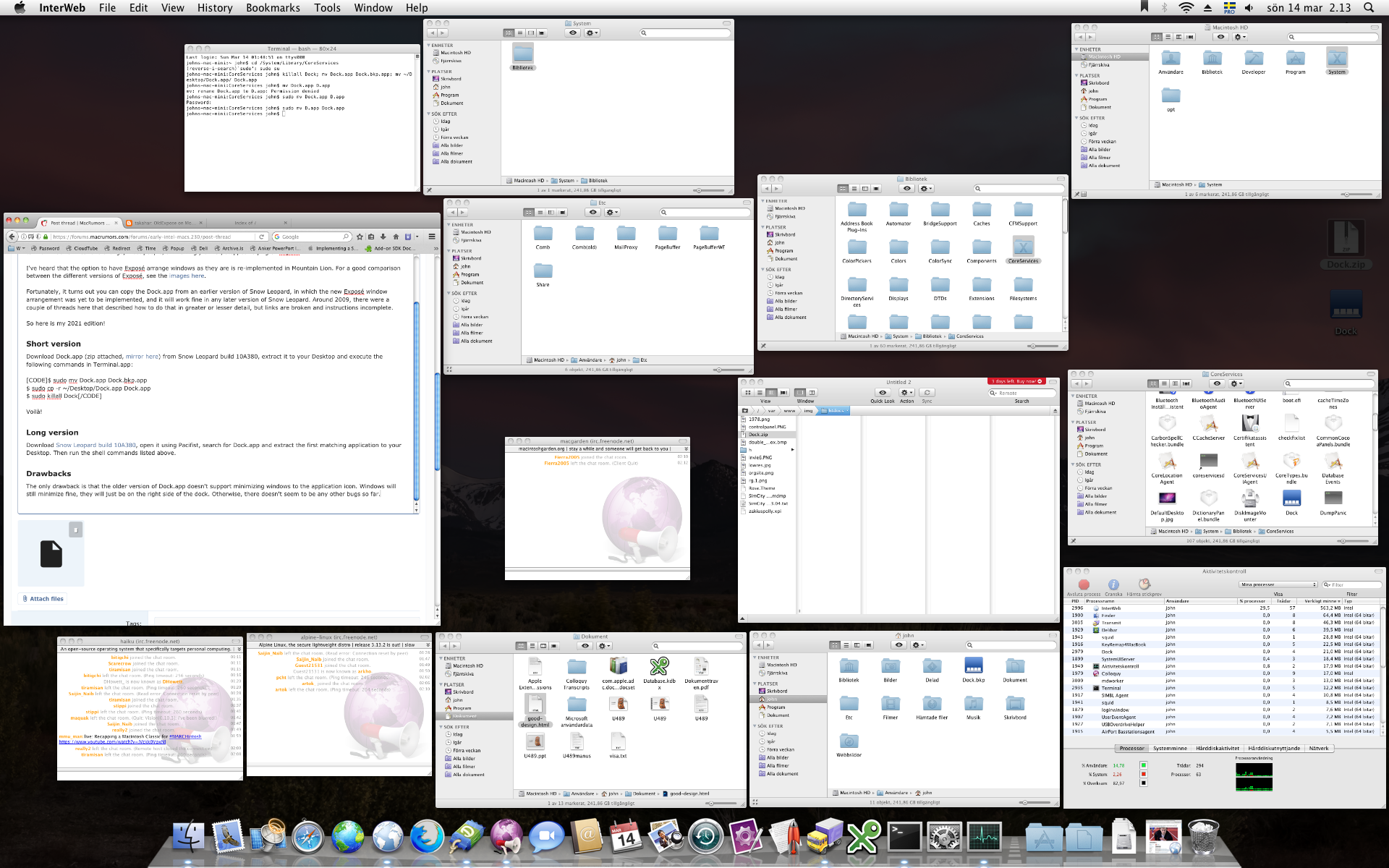 Here is a screenshot of the application-specific view: 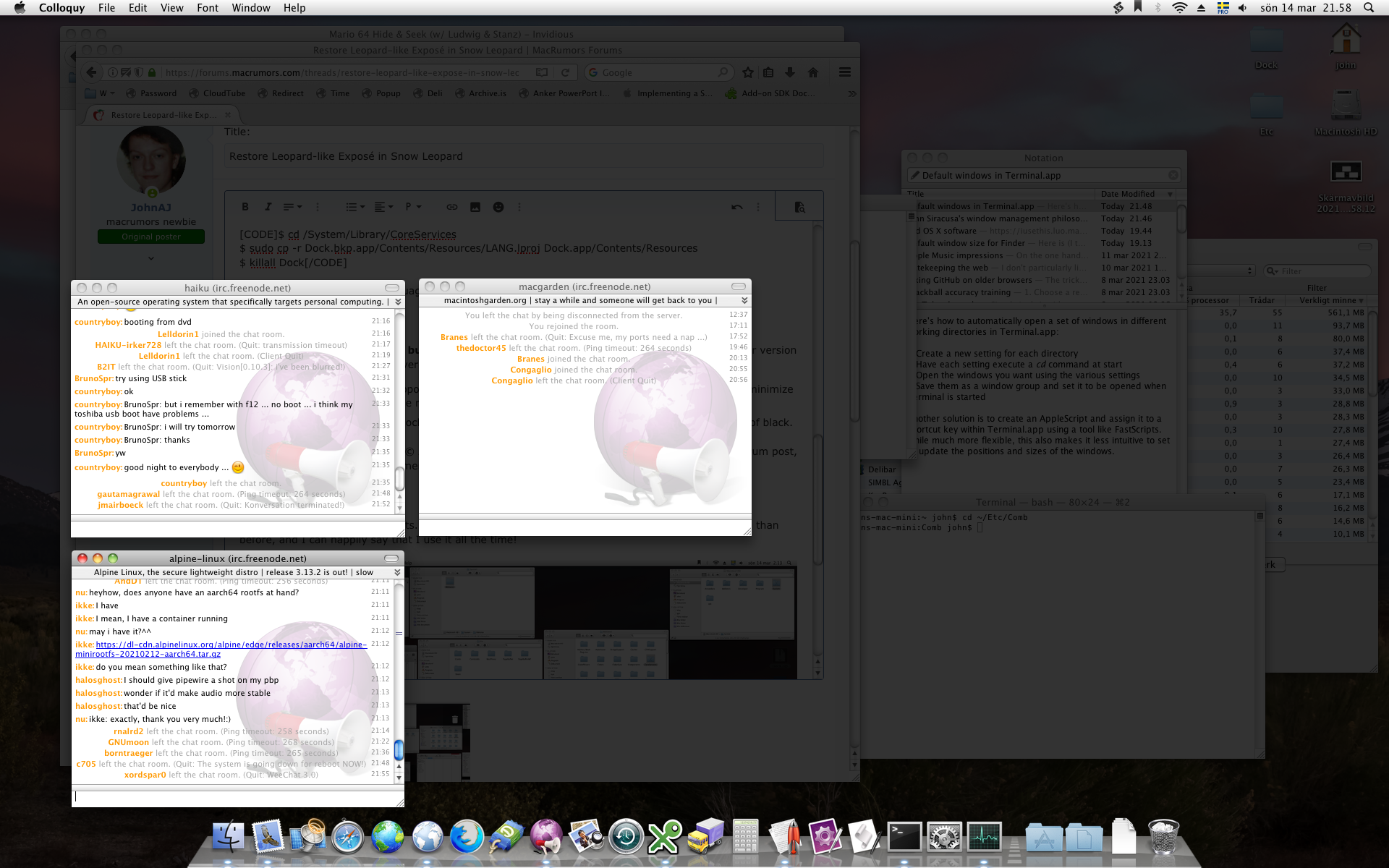