The next iPhone XS Max and possibly iPhone XS will feature a triple-lens rear camera system within a square bump like the Huawei Mate 20 Pro, according to Japanese blog Mac Otakara, citing information from Chinese suppliers. The report includes a few renders of what the new design could look like. 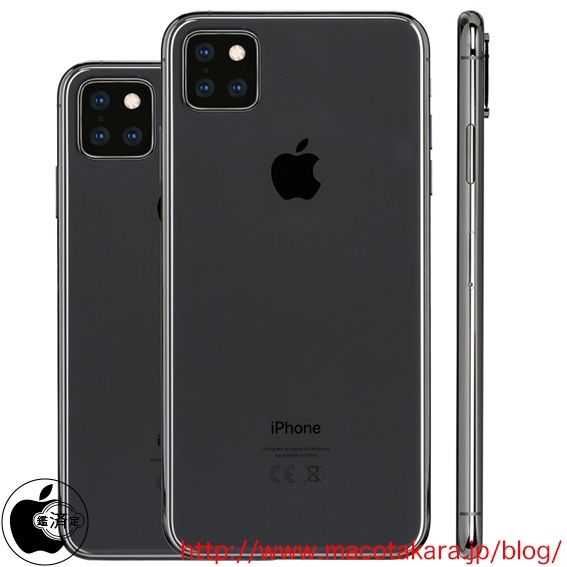 Render via Mac Otakara​
The renders are largely consistent with earlier ones shared by OnLeaks, who also expects at least one 2019 iPhone to have a triple-lens rear camera. One difference is that the camera lenses are more symmetrically aligned in the renders above, whereas the lenses are asymmetrical in the OnLeaks render below. 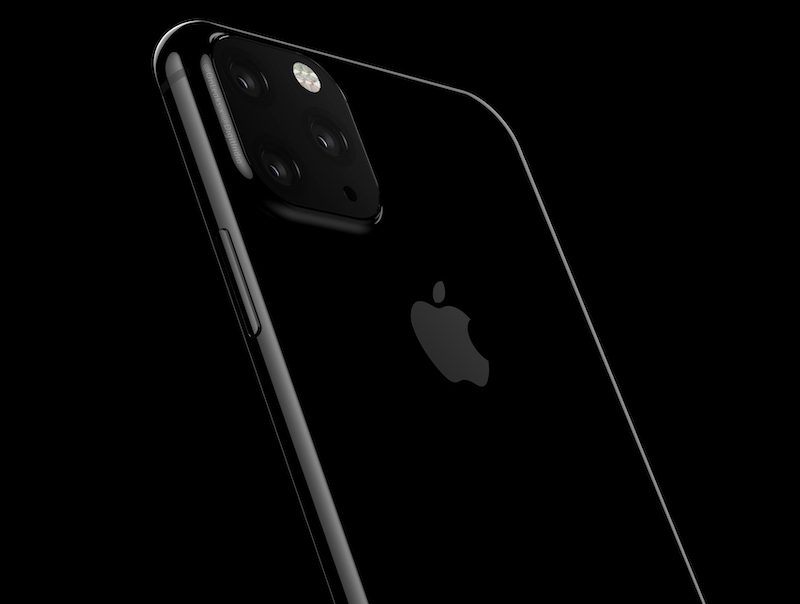 Mac Otakara's sources claim Apple is readying official iPhone cases with "large holes" on the back, presumably for the square bump.

Many other sources have backed up the triple-lens camera rumor, including the well-connected Ming-Chi Kuo and Mark Gurman. Apple would be following in the footsteps of Android smartphone makers like Samsung and Huawei by adding a third lens, which should result in improved 3D sensing and other benefits.

Apple is expected to stick with 5.8-inch, 6.1-inch, and 6.5-inch displays for its 2019 iPhone lineup, with other rumored features including frosted glass casing, larger batteries, and bilateral charging of other devices like AirPods.

IMO look ugly. But we will see if it comes true how it look in real life.
Reactions: _blackbird_, Col4bin, snowboarder and 9 others
B

Kind of sets off my Trypophobia
Reactions: ljusmc, 8ate8, MareLuce and 21 others

Why don't we have a mockup yet where the backside is nothing but an Apple logo surrounded by bumped out cameras, flashes, and mics?
Last edited: Mar 15, 2019
Reactions: CVVH, FriendlyMackle, theapplehead and 3 others
S

It’ll still look ugly in the flesh. Wish apple would do a tapered design so there would be no bump and that it could sit flat!
Reactions: PaladinGuy, dhill7, Ballis and 9 others

One nice thing, if they make it square and place it on the corner, I will be able to trim the battery case to fit. Unless they make it incompatible with software or move to USB-C.
Reactions: OlegOlesyaKotovRozovsky and decypher44
C

Also...I wouldn't be shocked if Apple introduces their TrueDepth camera tech on the back.
Reactions: dhill7, OlegOlesyaKotovRozovsky, Niklas_nick and 1 other person

Enough of the "thinness wars;" can we just get a phone with a flat back again please?
Reactions: PaladinGuy, Datalinks, montycat and 46 others

The report also suggests the triple camera system could only be offered on higher storage capacity models. If Apple can’t offer the new camera system on a £1099 64GB Max variant then quite frankly I’m done with Apple. Price gouging at it’s finest. 64GB has been more than sufficient as I’m heavily invested in iCloud/Apple Music and I’m sure many others feel the same
Reactions: PaladinGuy, WitneySi, ipodssss and 20 others

I actually kinda wish they'd do what Samsung did with the S10 phones and do a horizontal arrangement centered in the middle. Tired of my iPhones always wobbling when I use them on flat services!
Reactions: PaladinGuy, dhill7, MrGouda and 16 others
B

I don't understand why people think it's so ugly. It's no more or less so than most modern smartphones. One or two YouTubers don't like it and suddenly it's a thing.

This would only be acceptable if it was at least flush...
Reactions: PaladinGuy, Spizike9, MrGouda and 16 others
T

Why can’t the phone be thicker in other places so that we get a decent battery?
Reactions: PaladinGuy, TracesOfArsenic, Rohirm and 26 others

this is the first I have seen of this thing. and I am not attracted to it. it looks like when the flip camera was all popular. if i can hold it like a flip and have a horizontal picture it might get my attention.
Reactions: makitango

All of the reviewers keep saying that the Pixel 2 and Pixel 3 from Google take the best photos. Both are single camera equipped but the special sauce is in the image processing.

To me just adding more and more cameras to the phone is a brute force approach to try and create better photos when the smarter way is with engineering effort on the image processor and associated software.

But I'm just going by the reviews, I own neither an iPhone X/XS or a Pixel.
Reactions: Wide opeN, Val-kyrie, ThaRuler and 4 others

Yo dawg, we heard you like cameras, so we put 4 cameras on your iphone so you can take 4 photos at the same time while using the camera.

So the consumer, when looking to upgrade, is faced with a larger price tag, and a phone that’s a little faster with more cameras? Do these phone companies really believe that the majority of consumers are going to trade in or drop their current device for a more expensive phone with just a better camera? Pretty sure the results are in on this one. The smartphone market is saturated and the tech has peaked.
Reactions: iSilas, OlegOlesyaKotovRozovsky, eltoslightfoot and 3 others

Personally I think the design, details and build of the iPhone X/XS is exceptional - it feels far more premium than any other competitor. The next iPhone won’t disappoint.
Reactions: iMEric984, GuruZac and OlegOlesyaKotovRozovsky

johnyslats said:
The report also suggests the triple camera system could only be offered on higher storage capacity models. If Apple can’t offer the new camera system on a £1099 64GB Max variant then quite frankly I’m done with Apple. Price gouging at it’s finest. 64GB has been more than sufficient as I’m heavily invested in iCloud/Apple Music and I’m sure many others feel the same
Click to expand...

Given the cost of storage now. £1099 should be a 256GB model. Apple is acting like solid state storage prices are what they were five years ago.
Reactions: PaladinGuy, FriendlyMackle, max.ine and 9 others
J

Not the most attractive but what does it matter, no one stares at the back of their phone all day.
Reactions: ConvertedToMac, J.J. Sefton, LandRovers and 1 other person
C

thasan said:
Why can’t the phone be thicker in other places so that we get a decent battery?
Click to expand...

Speaking only for myself...I don't want a thicker phone. I suspect others might feel the same.
Reactions: SteveJobs2.0, LandRovers, erniefairchild1 and 1 other person
D

Screw it, just make the whole back of the device a huge camera array so it's impossible to hold or put in a case.
Reactions: riomp300, J.J. Sefton, CVVH and 4 others
You must log in or register to reply here.
Share:
Facebook Twitter Reddit Email Share Link
Register on MacRumors! This sidebar will go away, and you'll see fewer ads.
Sign Up
Top Bottom