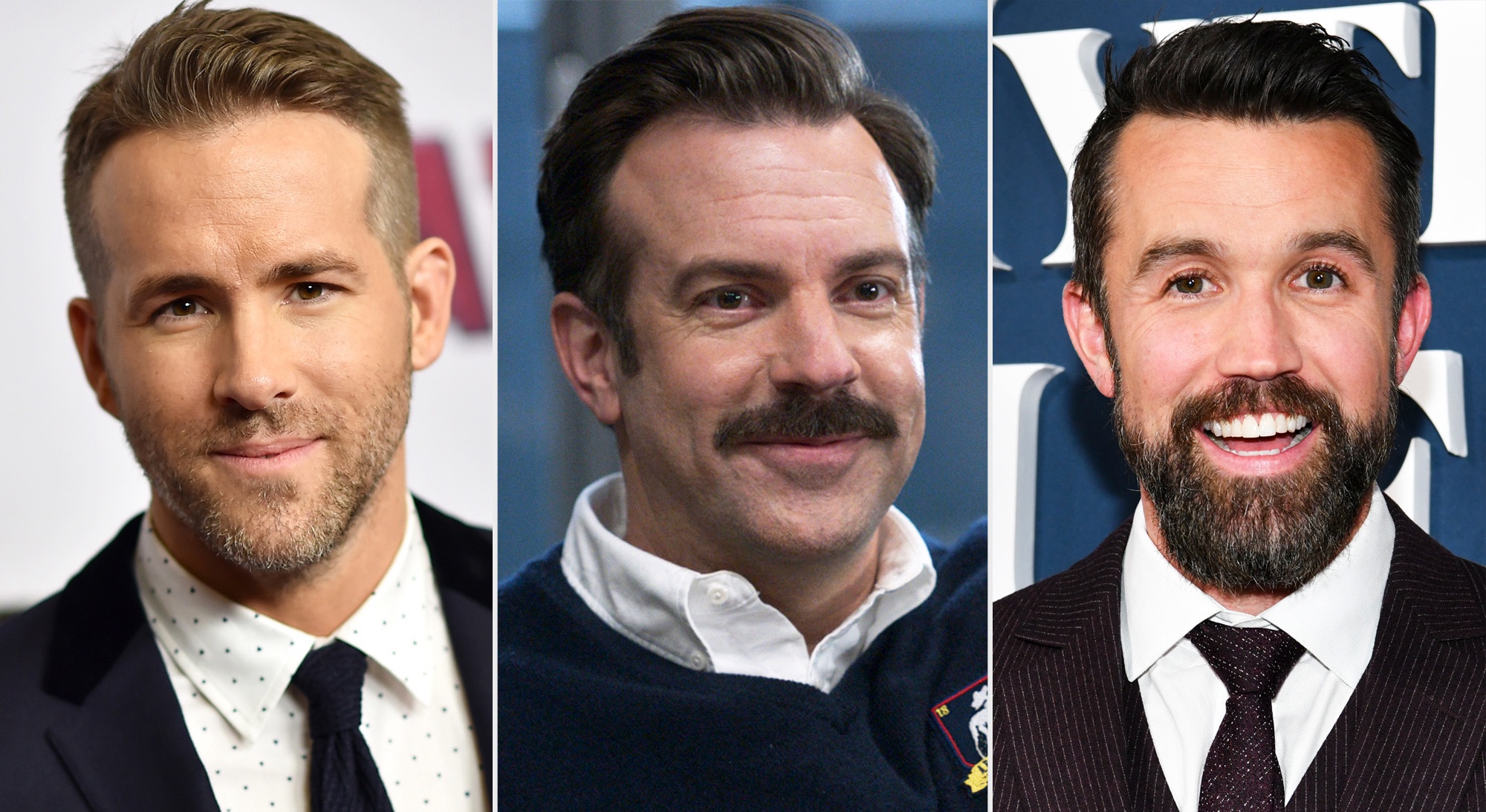 As noted by Deadline, Reynolds and McElhenney responded over the weekend by tweeting a letter that sarcastically threatens legal action against Apple TV+ over the joke.

"While we hold the incomparable Jeremy Swift in no ill regard and are honored to be mentioned on the platform that's brought us high-quality programming ranging from Mythic Quest season one to Mythic Quest season two, we must insist that you cease and desist from the casting of any doubt regarding our commitment to the club, the fans and the entire Wrexham community," the letter reads in part.

For context, McElhenney is one of the creators of "Mythic Quest," so he is sarcastically pumping up his own Apple TV+ series.

Reynolds and McElhenney added that, in order to avoid legal action, Apple was required to send two large boxes of Ted Lasso's biscuits to Wrexham AFC's stadium prior to the club's season opening match on Saturday. Apple TV+ responded with a tweet saying that it has a team of 2,000 lawyers furiously baking. It would be humorous if Apple actually delivered on the promise, but sadly the actors have yet to follow up with any evidence.


https://twitter.com/i/web/status/1429141551104417797
Apple TV+ is priced at $4.99 per month or $49.99 per year and provides access to a growing library of original TV shows and movies, including "Ted Lasso," which has been a massive hit for the service and a strong marketing asset. The first season of the show won multiple major awards and the second season is currently underway.

The show really did a good job of portraying those biscuits as something very delectable. Can't say I blame their demands, haha
Reactions: Ar40, BlueParadox, checker2010 and 1 other person

If you must choose between the two Canadian Ryans, Ryan Gosling is the way to go.
Reactions: Ar40, rbgaynor, decypher44 and 6 others
L

She said they were at first but have gotten better
Reactions: Ar40
L

I'm gonna need some AppleTV+ crossovers at some point.
Reactions: Ar40, Mr. Awesome, sully54 and 4 others

The biscuits look a bit like shortbread but they may be a bit softer.
Reactions: Ar40

Great fun! I noticed the mention of Ryan Reynolds and Rob McElhenny during the most recent episode and thought it was a good joke, but I didn't make the connection to Mythic Quest.
Reactions: Kabeyun and Ar40

Viral marketing, nothing more, nothing less. Nowadays crap like this is planned out well in advance.
Reactions: Ar40, BlueParadox, 4nNtt and 2 others
M

Apple paid for Rob and got Ryan thrown in for free. They should be designing the world’s best biscuit, have the world’s best chefs work on creation, and send them exclusively to Apple: board members and TV Stars. I mean from design to finished product couldn’t cost more than a 50 million, and they got Ryan for free so the cost is kind of “baked” in.
Reactions: rwright, elbowrm and Pbrutto

This is incredibly cringe. Brown nosing to Apple to get a mediocre show extended
Reactions: Websnapx2, Tovenaar, topdrawer and 7 others

I'm not a real football fan (nor an American "footbal"l fan), but I'm so hopelessly addicted to this show that after binging the entire thing over a weekend even I was blurting out "Futbol is life!" at random moments.

People not watching Apple+ because it is Apple sure are missing out on quality TV.
Reactions: Tesseract, kenny2, Moi Ici and 15 others
J

Apple has 2000 lawyers? I guess this is how the Romans felt at the twilight of their empire.

So can Ryan appear in Mythic Quest Season 3 now?
Reactions: Ar40, BlueParadox, Abombito and 1 other person

This letter is proof that sarcasm and humor are not the same thing.
Reactions: Ar40

Assuming Apple renews the series for a third season, which it hasn't.
B

Ted: "I'm dealing with the terror of knowing what this world is about. Watching some good friends screaming to let them out."
Reactions: Ar40
M

They really messed up the show this season. There's absolutely no conflict or storyline this season, as conflict is the center of a story. Very passive. Season 1 was brilliant, but season 2 phoned it in.

nutmac said:
Assuming Apple renews the series for a third season, which it hasn't.
Click to expand...

Not officially, but I'm sure when Rob is ready to focus on it (He is busy with Sunny rn) all he needs to do is ask Apple for it. I highly doubt they would say no.
Reactions: Ar40

nutmac said:
Assuming Apple renews the series for a third season, which it hasn't.
Click to expand...

I could have sworn I saw on one of the Apple rumor platforms that Apple just announced they did. I believe it was around the time the first episode of season two dropped.
Reactions: Ar40
You must log in or register to reply here.
Share:
Facebook Twitter Reddit Email Share Link
Register on MacRumors! This sidebar will go away, and you'll see fewer ads.
Sign Up
Top Bottom