At Samsung's big press conference today in New York, the company announced two new flagship smartphones: the Samsung Galaxy Note5 and the Samsung Galaxy S6 Edge+, both of which include large "phablet" sized screens that poise them to be direct competitors to the iPhone 6 Plus. They each include the same 5.7-inch display with 4GB of RAM, 16-megapixel rear cameras, and 5-megapixel front cameras, and even the ability to record 4K video. 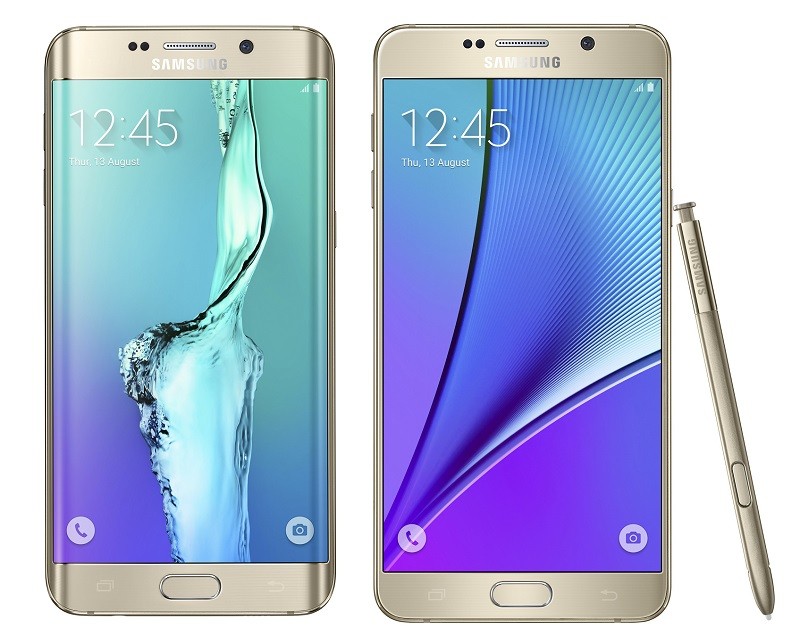 The Galaxy S6 Edge+ (left) with the Galaxy Note5 (right)​

The Galaxy S6 Edge+ keeps its predecessor's curved screen design, but increases its screen size from 5.1-inches to 5.7-inches, which is even larger than the iPhone 6 Plus' 5.5-inch screen. Otherwise, the phone's internals are only slight bumps from the last generation, with the same rear and front cameras and only a slight RAM increase from the S6 Edge's 3GB.

The other phone announced today, the Galaxy Note5, is being aimed at a more enterprise-friendly market, with Samsung describing the smartphone as having an "unmatched set of productivity tools" with the traditional stylus removable from the bottom of the device. Samsung notes that today's upgrades confirm its commitment to the emerging larger-screened smartphone market, "which Samsung boldly pioneered in 2011 with the original Galaxy Note."

did they just copy the naming scheme aswell.....
Reactions: BigBeast, brandonboo20, macs4nw and 54 others
B

They could at least have been a little more original with their naming convention.
Reactions: sss4r, t1meless1nf1n1t, TropN and 27 others
K

They had to call it +. They couldn't have possibly thought of any other word (or symbol) to use.
Reactions: dampfnudel, sss4r, manu chao and 27 others

I can't wait to read the flame comments come pouring in....
Reactions: H2SO4, M5RahuL, Oblivious.Robot and 7 others

So they accelerated the announcement of a minor phone upgrade to beat Apple it seems like.
Reactions: macs4nw, TropN, Hickycup and 14 others
T

Finally Samsung Pay. An innovation that was sorely needed.

Totally surprised by these NEW phones.

Why didn't we see leaks of connector bands and rear shells?
Reactions: macs4nw, AleXXXa and kcirtap00
A

dannyyankou said:
So they accelerated the announcement of a minor phone upgrade to beat Apple it seems like.
Click to expand...

Unfortunately, yes... the only differences that could have been made slightly (month or 2) down the line would be Exynos 7422 instead of 7420, a better camera, and maybe newer Android software. Design wise, they would have had to decide against the thinness thing in favor of a better battery and SD card inclusion, which they didn't seem to do.
Reactions: FriendlyMackle

If it weren't for the carrier bloat and otherwise-delayed updates because of Sansung's Android skin, I'd love to buy the Note 5.
Reactions: Scrub175, Archmage, Digger148 and 1 other person

antiretro said:
did they just copy the naming scheme aswell.....
Click to expand...

Lol, their keyboard accessory is HIDEOUS 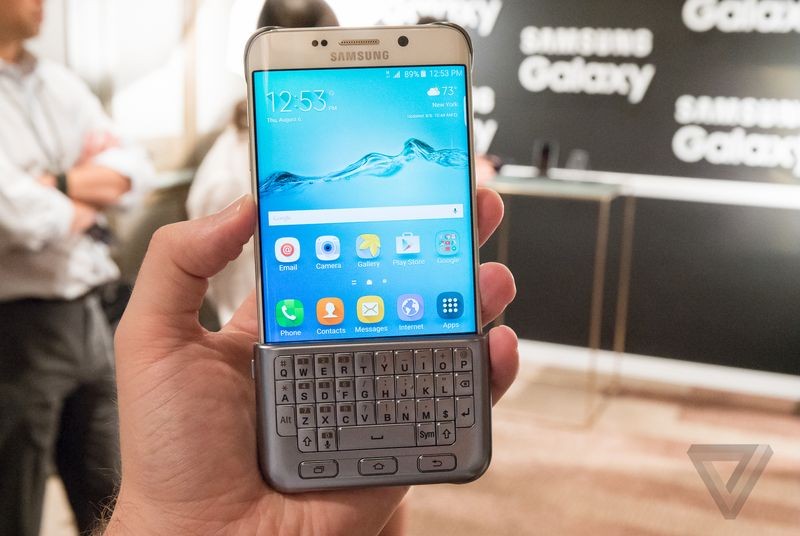 LewisChapman said:
This doesn't even seem real?!
Click to expand...

Unfortunately it is, it was announced today. I get the appeal of a physical keyboard, but this looks like it was designed in 10 minutes.
Reactions: BigBeast, t1meless1nf1n1t, darkknight14 and 12 others

dannyyankou said:
Unfortunately it is, it was announced today. I get the appeal of a physical keyboard, but this looks like it was designed in 10 minutes.
Click to expand...

LewisChapman said:
This doesn't even seem real?!
Click to expand...

What do you mean, does it seem fake,or magical maybe?
Reactions: LadyX, jamesjingyi, Demo Kit and 2 others
L

That keyboard is a clever idea for those who just really want a physical keyboard.

That magnetic card impersonation seems to have come out of nowhere. Sounds interesting.