Samsung in Talks to Buy BlackBerry for $7.5 Billion [Updated]

Samsung has recently been in talks with BlackBerry about a potential takeover, reports Reuters. The South Korean company has reportedly offered to buy BlackBerry for $7.5 billion, in the hopes of acquiring BlackBerry's extensive patent portfolio. Executives from both companies are said to have met last week in order to discuss the potential deal.

South Korea's Samsung proposed an initial price range of $13.35 to $15.49 per share, which represents a premium of 38 percent to 60 percent over BlackBerry's current trading price, the source said.
Click to expand...

The offer price would imply an enterprise value of $6 billion to $7.5 billion for BlackBerry, assuming conversion of $1.25 billion of convertible debt, according to the documents.

BlackBerry has struggled with flagging sales in recent years, and in 2013, the company received a takeover bid worth $4.7 billion from Fairfax Financial, but the deal ultimately fell apart. BlackBerry went on to receive interest from both Apple and Microsoft, among others, but was uninterested in breaking up the company to sell it piecemeal.

Ultimately, the company accepted investments and aimed to re-establish itself in the smartphone market, which led to the launch of the Passport, a large square-shaped phone, and the Classic, a throwback to original BlackBerry designs.

BlackBerry holds quite a few valuable patents, which are estimated to be worth $1 billion to $3 billion. In 2012 alone, its patent portfolio grew by 986 patents, many of which are relevant to competing smartphone companies like Samsung.

Update 2:40 PM PT: BlackBerry has issued a press release claiming that it has not communicated with Samsung about a possible purchase.

"in the hopes of acquiring BlackBerry's extensive patent portfolio"

Wow, didn't see that one coming. Looks like the IP portfolio is a bit more attractive the some people thought - or Samsung things it can leverage it.
Comment

Not surprised. Blackberry is hugely popular in many Asian countries, and Samsung would be wise to capitalize on that. But would this represent a shift in Samsung's direction? Will they keep the Blackberry brand alive?


maflynn said:
Wow, didn't see that one coming. Looks like the IP portfolio is a bit more attractive the some people thought - or Samsung things it can leverage it.
Click to expand...

It's also about eliminating one more competitor, so consumers have fewer choices thereby increasing the chances of them choosing a Samsung product.
Comment

I came here and I'm signed into the forums? But I cannot recall registering an account on SamsungRumors.
Comment
A

Well they sure as hell aren't trying to buy them for their designs...
Comment
C

At the end of the day, Blackberry has been a dead company walking, with the former co-CEOs of RIM responsible for failing to see the threat that Apple (and therefore the iPhone-inspired Android) represented. They mocked the iPhone, publicly, along with Steve Ballmer. Where are all of these people now? Ousted!
Comment

Hmm, we all know how well that Google acquisition of Motorola turned out. I guess we shall see if Samsung knows something that all of the rest of us don't.
Comment

coolfactor said:
It's also about eliminating one more competitor, so consumers have fewer choices thereby increasing the chances of them choosing a Samsung product.
Click to expand...

The remaining Blackberry owners are pretty hardcore fans. I would think that if they wanted that share of the market, they would consider keeping the brand/designs alive to some extent.
Comment

A visual representation of this potential merger: 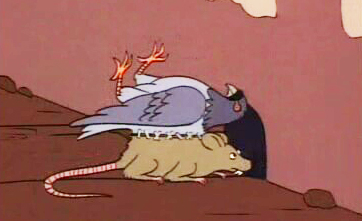 I hope this goes through! Then it will mean the end of iMessage as BBM takes the world by storm (pun intended), and we will see the iPhone's downfall which will finally get Apple off their thrown and force them to innovate like they once did before Jobs died.
Comment
B

If Blackberry's patents are worth so much, why don't they just use them.
Comment

Didn't the Canadian government already squash a takeover bid by Lenovo for Blackberry? Why would Samsung be any different?
Comment
H

I'm speculating this shall be their push into the enterprise market.
Comment
N

Even the add has poor choices, making the little titles lag while presenting a new phone
Comment

NOOOOO...Samsung, don't you dare take BlackBerry from us!

Mac Fly (film) said:
I came here and I'm signed into the forums? But I cannot recall registering an account on SamsungRumors.
Click to expand...

I still own a blackberry, and if Samsung starts messing with them, it won't last long.

However, they're clearly not wanting to buy them for their handset division. Patents, QNX and BES are what is really worth it.