One thing that has been irking me as I'm seamlessly switching between Sierra, El Cap, Leopard and Tiger is that the mono-spaced fonts used for the Terminal, Xcode and TextEdit (plain text) are different across the platforms. Monaco, although practical, is a bit harsh on the eyes after working in Xcode 8 on a HiDPI display and then moving across to Xcode 2/3.

To bring all the older systems up to speed with the beautifully crisp SF Mono font used in Sierra and Xcode 8, I did a little searching and found the fonts are embedded in the Xcode app (v8.x and 9 beta) at:

You can easily copy and install these font files on any other Mac (I've done this with El Cap, Leopard and Tiger). I've then set Terminal, TextEdit and Xcode to use this font at size 15pt.

If you don't have Xcode installed, but do have access to Sierra, then the Terminal app contains the same font family at:


Here is Terminal in Leopard (with the LeopardRebirth theme) using the SF Mono font at 15pt: 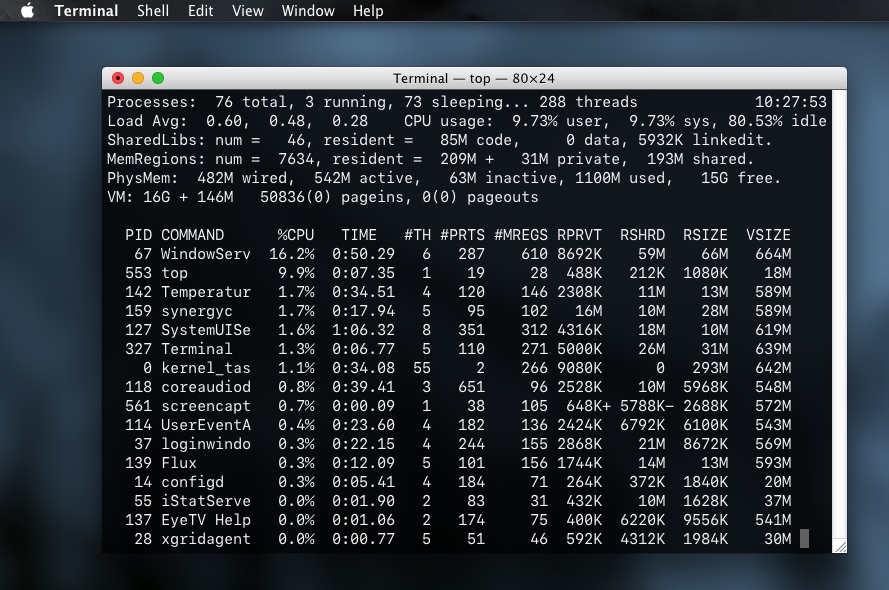 And here is Tiger (with @AmazingHenry's Tiger Sierra theme) with the SF Mono font in use in both Terminal and Xcode 2.5. 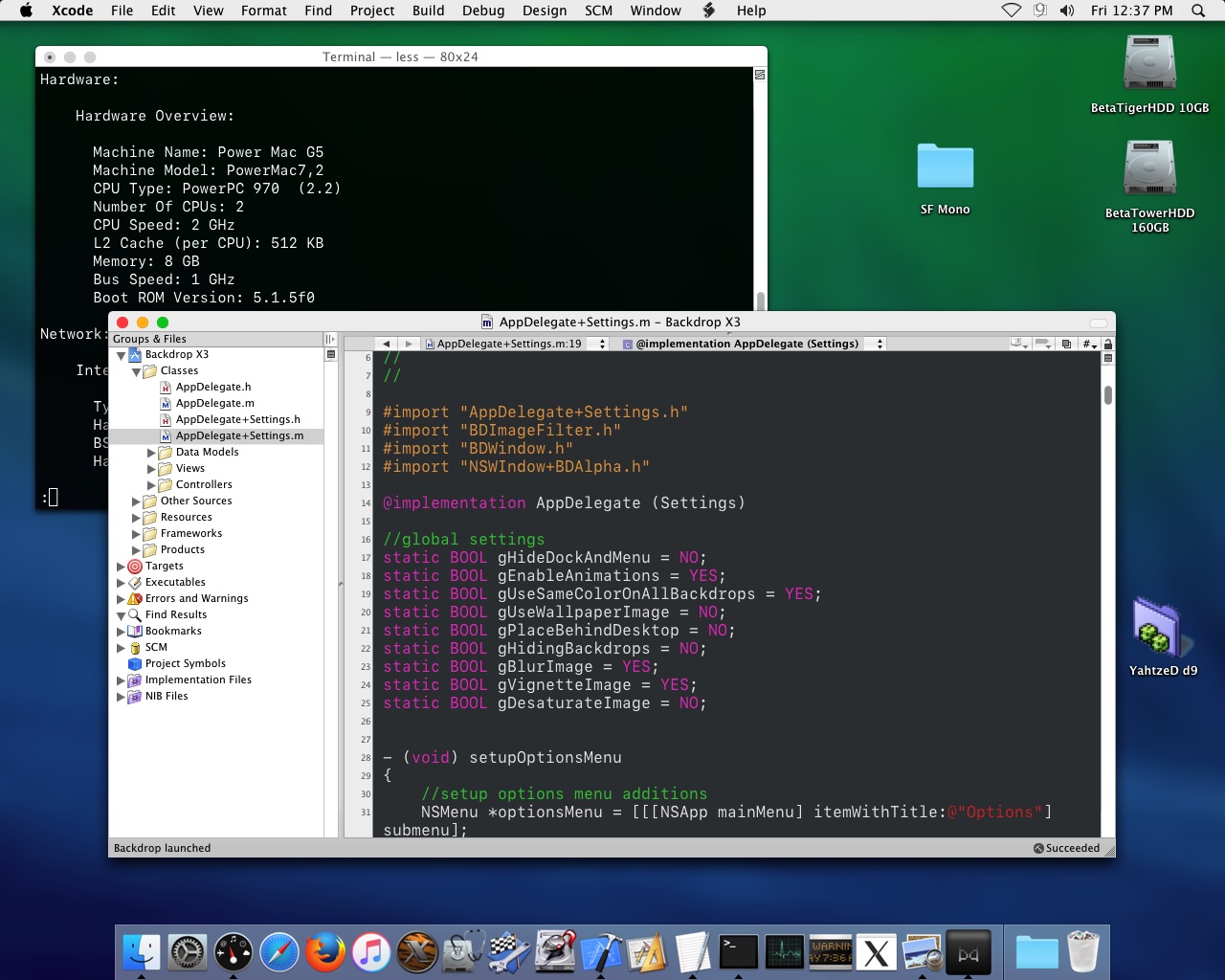 As a bonus, I've packaged up my version of the Civic Xcode color theme (as seen in the screenshot above) for Tiger's Xcode 2.5. Xcode version 3 and up support the .xccolortheme format, but anyone using the older versions had to manually set the color scheme on each machine.

To save myself from this "manual labour", I have put together a shell script which writes the color data to Xcode's 'defaults' plist in the style of the Civic theme found on later versions of Xcode.

Download, unzip and execute the .sh script in TigerXcode25-CivicColorTheme.zip. The script also sets SF Mono as the default display font, so make sure you install that first.

For Xcode 3 (Leopard) and up, download and unzip Civic-xccolortheme.zip and drop into ~/Library/Application Support/Xcode/Color Themes/

(Note: this location changed to ~/Library/Developer/Xcode/UserData/FontAndColorThemes/ in more recent versions).

P.S. Although Apple officially released the San Francisco font to developers at https://developer.apple.com/fonts/, they didn't include "SF Mono" family. Xcode 8 is available as a free download on the Mac App Store and requires Mac OS X 10.11.5 or later.

Just confirming that the SF Mono font and TigerXcode25-CivicColorTheme both work and look great in Panther too.

It's pretty wild to see Xcode 1.5 looking almost effortlessly like Xcode 8 with just a font a colour scheme facelift. Of course there are many "missing" features in the early versions, but it still works and it allows me to build Cocoa apps for the old cat.

Back in November 2014 when San Franciso was released to developers I tracked down a copy (I'm a Graphic Designer by profession).

Here's a zip of the fonts if you want it: https://www.dropbox.com/s/a6ijnb420swfi54/Apple San Francisco Font.zip?dl=0

*Note that these are regular (not Monospace) fonts.
Comment